At a time when we’re being told to isolate because of COVID-19, addiction experts say that can be a dangerous message to recovering addicts. 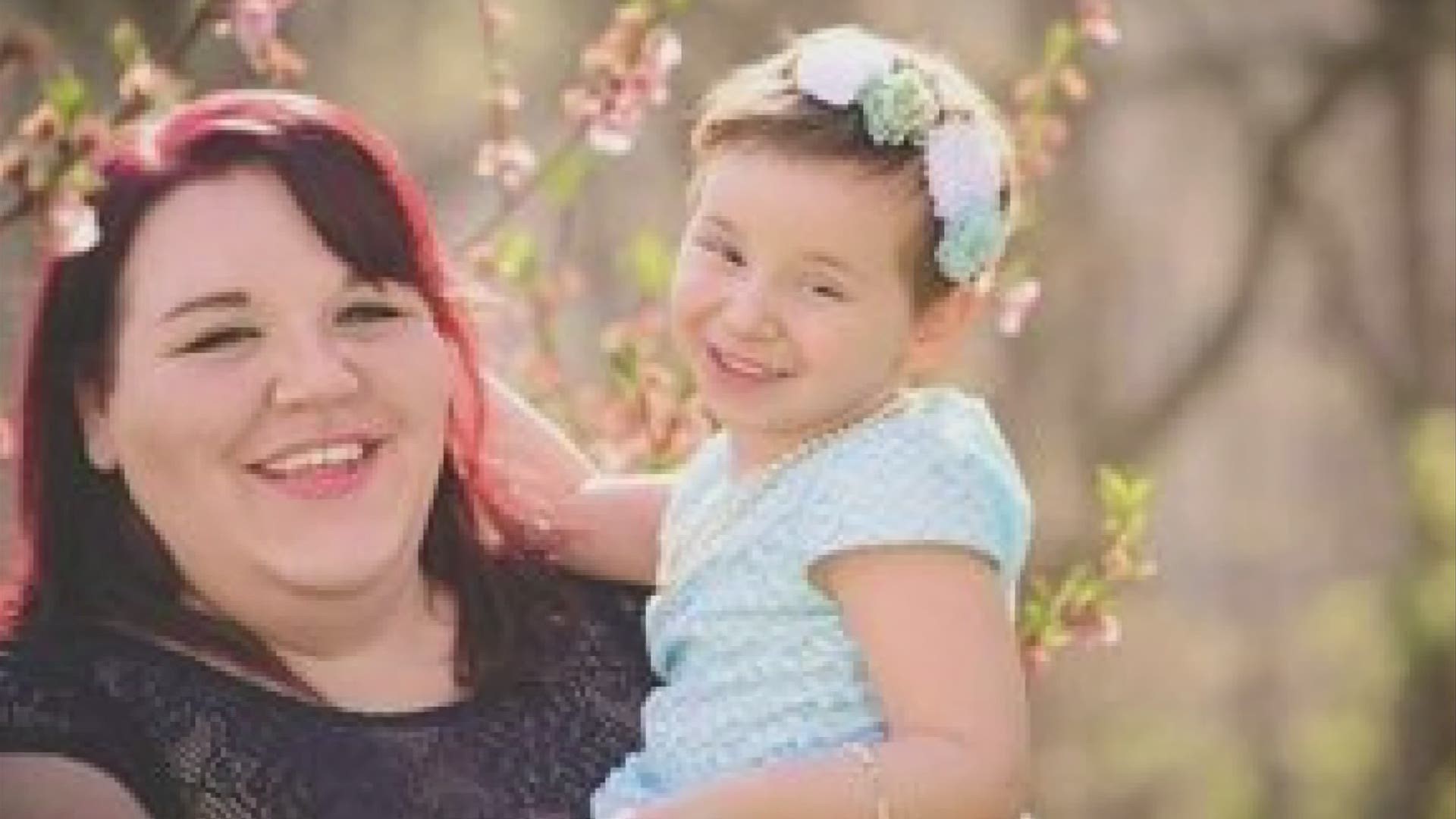 COLUMBUS, Ohio — This story begins with a question.

“How are you today?”

Her laughter is a sound she hasn’t heard in a while.

10TV first talked with Lovejoy in 2018 after her phone had been stolen. On it were pictures of her 7-year-old daughter, Trinity, who had passed away in July after a five year battle with neuroblastoma. The phone was never found.

Neither was Lovejoy’s ability to cope.

“I started using drugs,” she said. “Trying different things and drinking a lot, partying a lot just trying to run from the pain.”

Alcohol. Cocaine. Whatever she could get her hands on – she was using. For two-and-a-half years and even during the time of 10TV’s interview in 2018.

In October 2019 she was arrested and charged with obstruction. The case was later dropped.

She says shortly after that came her time to recover.

“It’s been hard, but recovery is hard always,” she said.

Add a pandemic to that effort and it’s worse.

“In the pandemic more so than ever, that’s been tough for people,” Ryan Pickut said. “Isolation leads to relapse.”

Pickut is the clinical director of Adult Residential Services at Maryhaven.

In the same time period from 2019 to 2020, which includes the first three months of the pandemic, Pickut says it rose to 30%. Even though Maryhaven never closed its doors Pickut says programming did suffer due to COVID-19 protocols.

During that isolation and anxiety, Lovejoy found her ability to cope.

She is celebrating being five months clean.

“And I feel like, for the first time in my life, I feel like I have a purpose,” she said.

Before Trinity passed away she made her mother promise two things. The first was that Lovejoy would open a homeless shelter in Trinity’s name. The second was Lovejoy to be ‘OK’.

“I think she would be proud of me,” Lovejoy said.

This story ends with a plea.

“To any addict that are out there that are still suffering…there is help,” Lovejoy said. “You just have to want it.”

Pickut says there are many recovery based apps that were developed within the last year to help recovering addicts with accountability as well as connecting real-time with counselors.