Buchwald is confident she has COVID-19 however, the 42- year -old doesn’t know for sure after she said she was denied coronavirus testing at a California hospital. 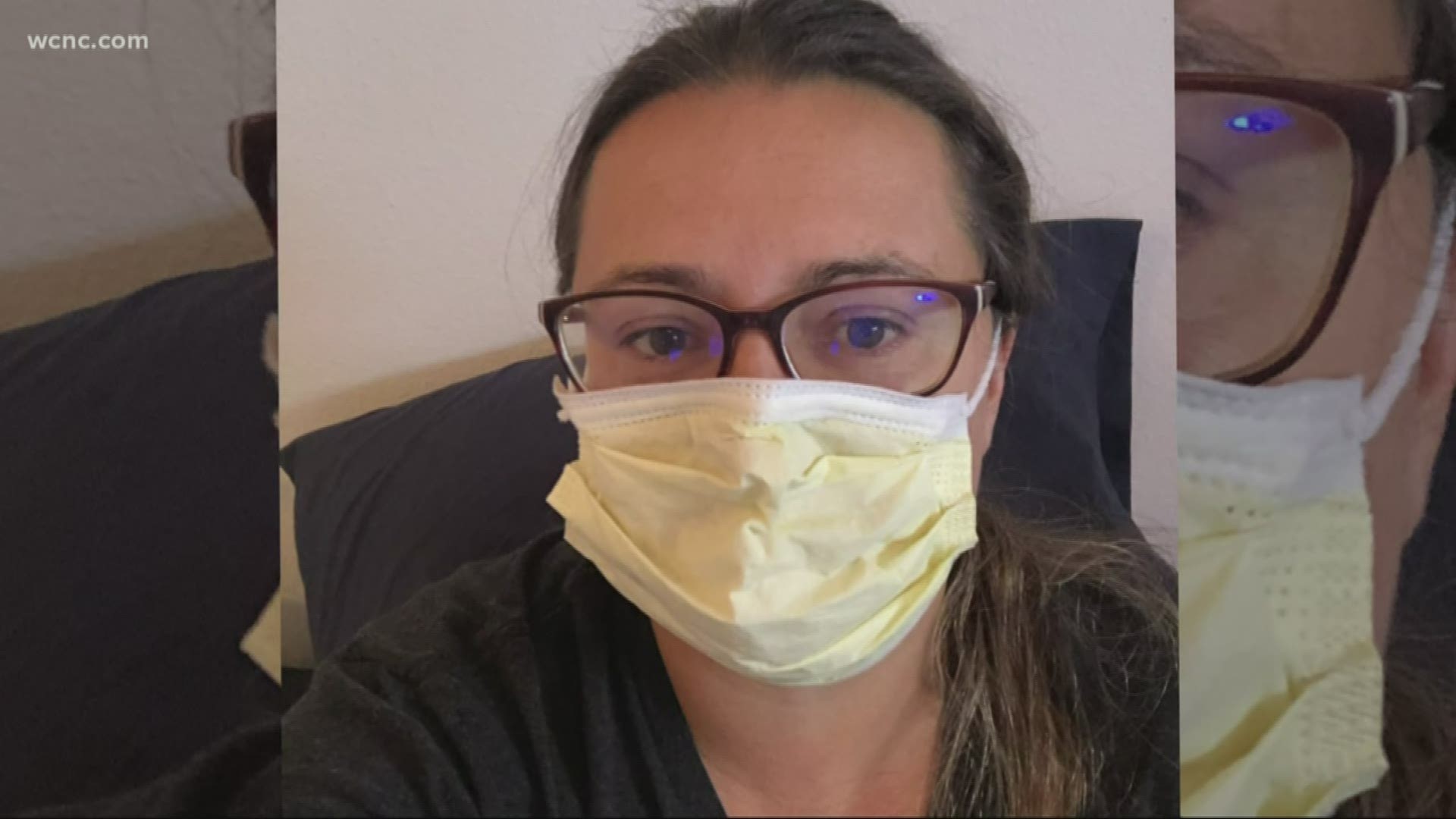 CHARLOTTE, N.C. — President Trump announced the use of the Defense Production Act on Tuesday giving the federal government the authority to direct private companies to meet national needs.

In this case, there is an urgent need for personal protective equipment for health care workers and coronavirus test kits, as people report being denied testing due to their symptoms not being severe enough.

WCNC Charlotte spoke to one woman who said she wasn’t given a test for that exact reason.

Buchwald is confident she has COVID-19 however, the 42- year -old doesn’t know for sure after she said she was denied coronavirus testing at a California hospital.

“The nurse was very straight forward with me, she’s like we can’t give you the test," she said.

Buchwald spent hours on the phone, calling the local coronavirus hotline trying to schedule an appointment for a test.

“I called that Thursday,” Buchwald said as she paused to cough. “The nurse said it looks like we have a spot for Friday. By the time she came back from putting me on hold the spot was already gone."

After waiting 13 days, on Monday, she was able to secure an appointment. Buchwald tested negative for the flu, RSV, and was then given a chest X-RAY.

“I couldn't catch my breath,” said Buchwald. “ I could barely say a full sentence without coughing."

Despite being barely able to breathe, Buchwald said doctors did not give her a test because her symptoms were not severe enough.

“The doctor came in and said because your lungs are still clear even though I can hear the infection in your lungs at this point you’re not in enough respiratory distress and we can’t give you a test if you’re not admitted.”

Buchwald said the doctor instructed her to self-isolate meaning she has to stay inside of her home and away from anyone she lives with including her husband and 6-year-old daughter.

“The scary part is the unknown,” said Buchwald.

"At this point, if she gets it, they’re going to ask if she’s been around anyone that has it but they’re not going to take my presumptive positive as a definitive answer because I never got the test,”Buchwald said.

OTHER STORIES ON WCNC

RELATED: 'We have a deal': Congressional leaders, White House agree on coronavirus rescue