Mask side effects on a child’s mental health are real

Dr. Parker Huston said any big changes that happen in the world or in the environment or schedule or routine can cause temporary feelings of distress. 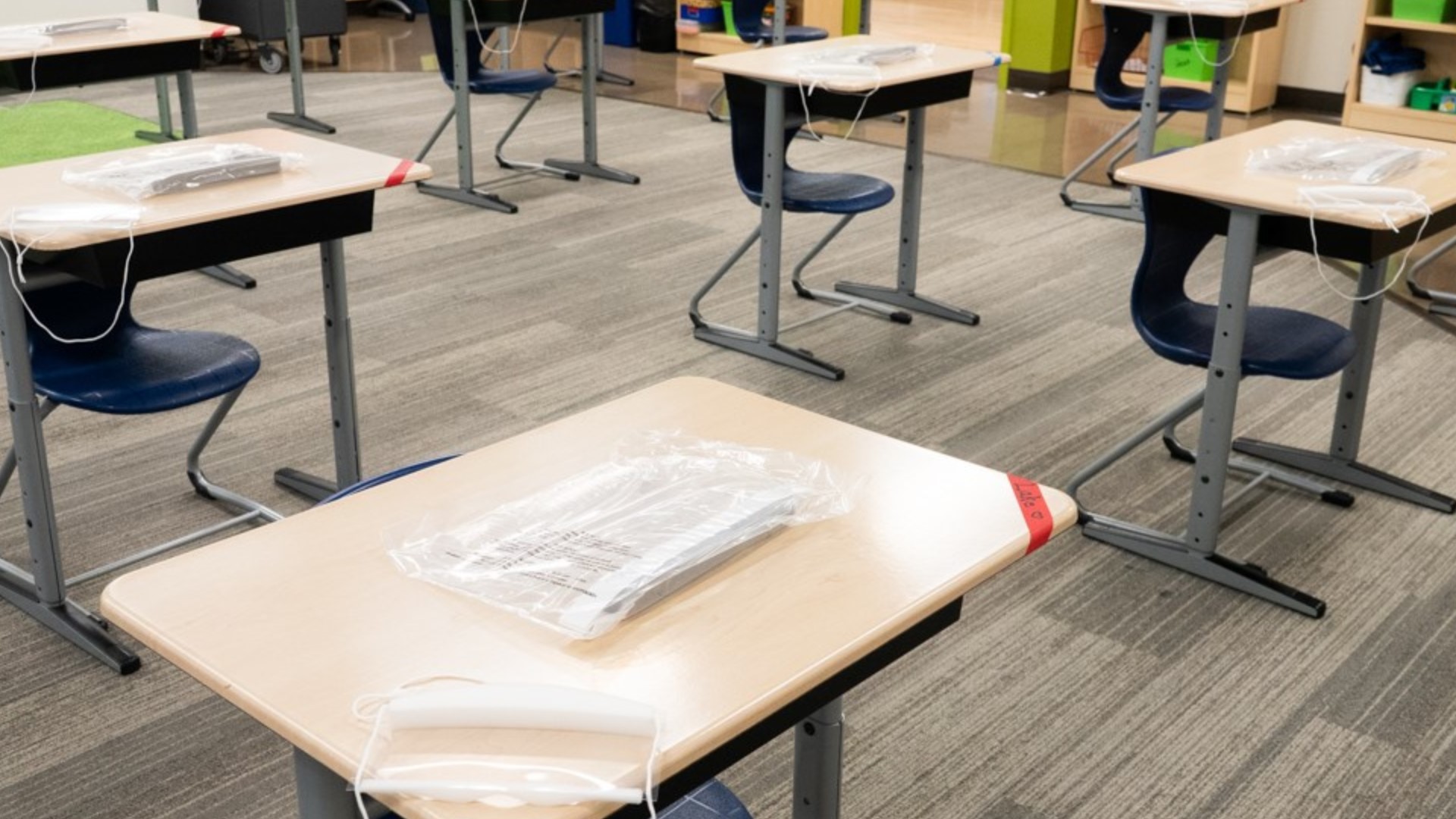 COLUMBUS, Ohio — Parents shouldn’t discount their child’s feelings of fear and anxiety during the first few weeks of returning to on-campus learning while wearing masks all day long, says experts.

"Right now, with all the different stuff, the extra hand washing, keeping your distance, mask wearing, it's an extra mental load on people in general and kids especially,” says Dr. Parker Huston, a pediatric psychologist at Nationwide Children’s Hospital.

Dr. Huston said any big changes that happen in the world or in the environment or schedule or routine can cause temporary feelings of distress.

“Anything new can feel disruptive so there are a lot of things they are being asked to do that are outside of the norm for them," Dr. Huston said.

Huston says parents can take a few steps at home before kids return to school to ease that anxiety.

He says practice mask wearing around the house for a few minutes a day to 10 minutes at a time and build up from there, such as playing outside while wearing a mark or riding a bike with a mask.

This will help demystify the novelty of mask wearing and make it seem more doable.

“As a parent, we need to focus on practicing at home, getting them used to taking slow deep breaths and not hyperventilate or breathing quickly,” he adds.

People on Nextdoor reached out to 10TV about whether wearing masks long-term is an issue for their family.

“My 6-year-old doesn’t mind wearing them,” says Ashley W. from the Hungarian Village of Columbus. “He thinks it’s fun, like dress up. The only thing he's having a lot of trouble with, since the lockdown started, is not getting to play with his friends at school.”

Dr. Huston, who is also the clinical director for On Our Sleeves, a program through Nationwide Children’s Hospital that focuses on transforming children’s mental health, says parents should also watch their kids for potential long-term psychological effects.

Chronic stress, PTSD, and even depression from being isolated are all valid concerns.

“Some kids will report fears in other areas that are triggered by general anxiety - I'm too scared to play in the backyard, or too scared riding in the car,” he explains. “Appetite changes, drastic behavior changes, those are things we look for and tell parents to keep an eye on them.”

Other signs, says Huston, include changes in sleeping patterns, nightmares, or fears not related to COVID-19.

At the same time, Dr. Huston says kids are resilient, and the more open the conversation a parent can have with them about wearing a mask, the better.'

He says to have a conversation deeper than asking 'how are you doing today?' and get into what they are feeling and what are they thinking about.

“The stress or fear or anxiety that they're experiencing is not specific to them and in some ways. Seeing other people adopt the same behaviors and same safety precautions temporarily will help with that,” he said. “So, they'll see it's nothing to do with me or my family, but just something people are doing right now.”