Kim and John Sloan say the beginning of the pandemic was devastating and the inside of their hospital in Albany, Ga. looked like a "war zone.” 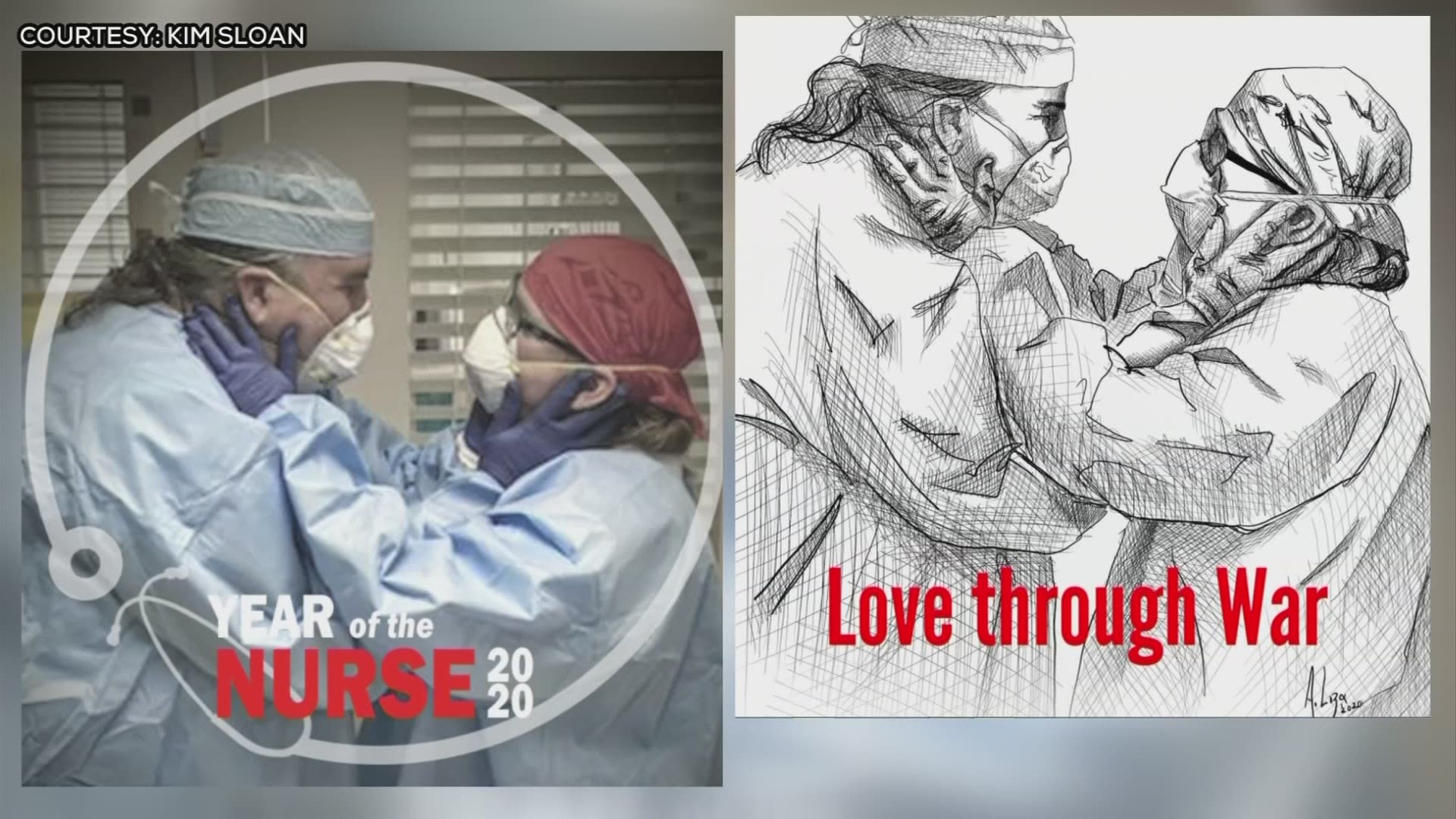 The saying is printed on a powerful sketch that hangs in the RV of Kim and John Sloan.

“That’s exactly what we feel like we’ve gone through... a war,” Kim said.

Kim and John, both from Ohio, made the decision a few years ago to become traveling nurses. The married couple stays at a hospital for a year and then moves on to another one.

They’re currently in Tennessee but were in Georgia when the COVID-19 pandemic first hit.

The Sloans say the beginning of the pandemic was devastating and the inside of their hospital in Albany looked like a "war zone.”

“It was just a tug of war with your nursing knowledge and then your caring for your patient, but then you’re trying to protect yourself at the same time,” Kim said.

They had to have tough conversations with each other about "what if."

“At 50 years old, you don’t want to have that conversation,” Kim said.

The ride home was always difficult after a day spent seeing a lot of heartbreak, chaos and death.

The couple says they make sure to open up and talk about their day during the ride home.

They said they see each other in a new light, with a new perspective.

"It really strengthened our marriage, not that we had a bad marriage but I think it made us a lot stronger to get through something like this,” Kim said.

Even while going through a lot themselves, their focus is on helping as many people as they can.