The mask mandate was put in place on Nov. 25. Since then, the county returned to "orange status" and currently has a positivity rate of 9.28% 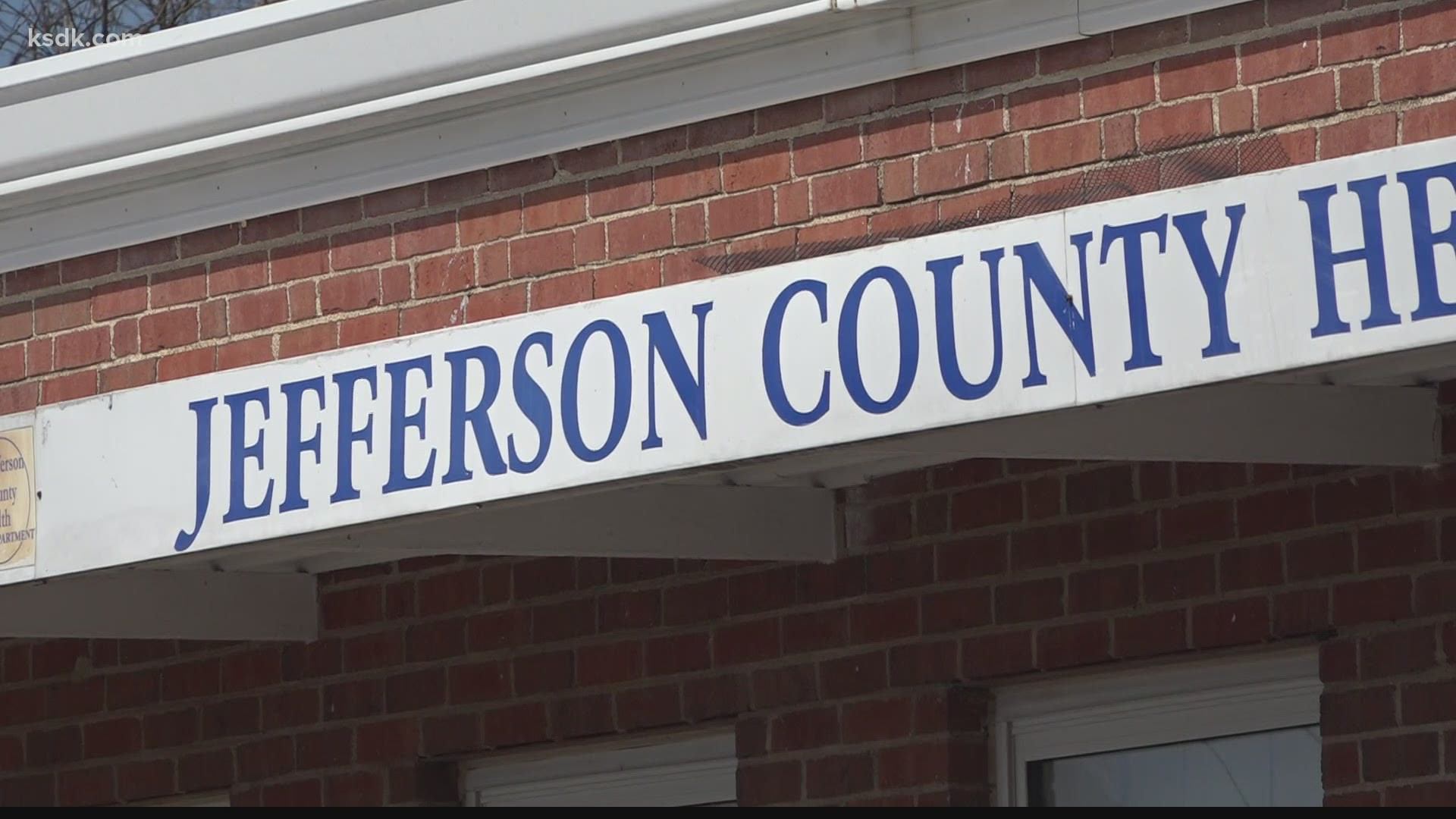 JEFFERSON COUNTY, Mo. — In a Thursday afternoon meeting, the Jefferson County Board of Trustees voted to extend the county's mask mandate for another month.

The five-person board voted 3-2 in favor of extending the mandate until March 25. Without the vote, the mandate was going to expire at 5 p.m. Thursday.

Health director Kelley Vollmar said having masks in place has proved to be a good tool. She said it has helped county officials get a handle on COVID-19.

The mask mandate was put in place on Nov. 25, 2020. Since then, the county returned to "orange status" and currently has a positivity rate of 9.28%, according to the health department.

Although the mask order was not the only topic of discussion at Thursday's meeting, it is top of mind after the latest COVID-19 reports revealed five additional deaths in the county, bringing the total to 209.

One of the deaths was associated with a long-term care facility and the remaining four were based in the community. The residents were:

Some of the numbers from the county show promising signs. On Wednesday, it reported that the weekly case total was 183, the lowest since July.

The county is also reporting a positivity rate below 10% for the third consecutive week. According to health department data, the last time it had a similar three-week stretch was late September into October.

The release also stated that the Jefferson County Health Department has provided 1,420 vaccines, with additional doses to be provided in the next few weeks.

State data from early February disclosed that the percentage of people vaccinated in Jefferson County is lower than every county around it.

Part of the problem could be that the county is not big enough to have multiple large hospitals to help with vaccine distribution and not small enough for the state to set up a National Guard-run mass vaccination site meant to help rural areas.

For the latest updates and information about COVID-19 in Jefferson County, click here.