'I thought I had a lifetime': Family watches dad get worse in ICU over FaceTime

Bob Horbaczewski's whole family contracted COVID-19 in mid-December, but he’s the only one it’s still gripping. 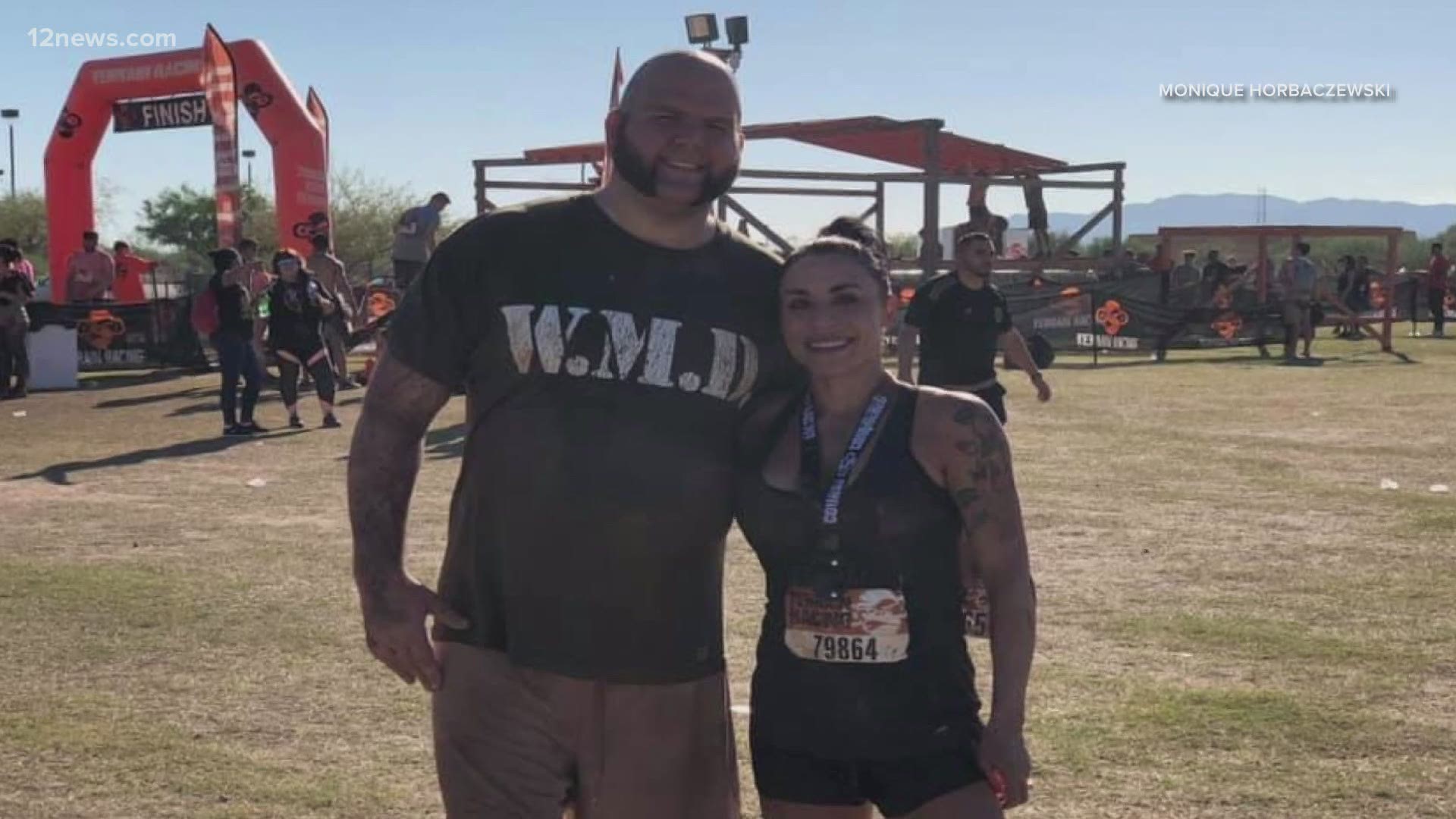 SURPRISE, Arizona — As COVID-19 cases soar past 600,000 in Arizona, more and more families are impacted by the heavy toll this virus can take.

"I thought that I had a lifetime of hugs, of laughs, of smiles, of kisses," says Monique Horbaczewski.

Her husband Bob has been hospitalized since mid-December, battling COVID-19 from an ICU. He was most recently a teacher and coach with Dysart Unified School District in Surprise.

"The last person I ever thought this would happen to is my husband, Bob. He is an ox," she tells.

She explains Bob is a father of three, only 42 years old. He's fit, he coaches his son's football team and has no underlying conditions.

"The ICU doctor told me there’s very little hope and a lot that can go wrong."

His whole family contracted COVID-19 in mid-December, but he’s the only one it’s still gripping.

At first, Monique says he showed signs of improvement but then quickly took a turn for the worst.

She says he was intubated on Christmas Day and later moved to a new hospital, Scottsdale Shea Medical Center, to have access to an ECMO machine.

"I feel like his status is changing every hour," she says.

Monique can’t be in the room with him, but can sometimes see him over FaceTime. Putting on a brave face, even though he’s too sick to talk back.

"I promised him that if he keeps fighting and he pulls through that I will never take another kiss, or another hug, another smile, even another fight for granted."

The pain of being healthy on the outside also weighs heavy.

"I wish it was me instead of him," she says through tears. "I feel like he’s the stronger parent - our family would have been better off it had been me."

It’s tough on their kids, too, facing uncertainty for weeks. Their oldest son and daughter are teenagers, while the youngest daughter is just 5 years old.

"Everyone tells me to be positive, she says, which I get. Positivity is a great thing. But I’m also trying to be realistic."

The last she heard from Bob's pulmonologist is that his lungs had collapsed. There was so much damage that he'd need a lung transplant to live.

He needs to be more stable for the surgery and she needs to find insurance that will cover the life-saving procedure. Monique says Bob resigned from his job before getting sick and his insurance only extends through the month of January.

"I don’t know if he’s going to make it. I hate saying that out loud and it doesn’t feel real."

Monique says the hospital in Scottsdale where Bob is being treated is significant because it’s where they met, where he asked her to marry him and where his mom currently works as a nurse.

To help Monique's family, you can visit a GoFundMe page set up to support them.

Our thoughts and well wishes are with Mr. Horbaczewski and his family during this incredibly difficult time.  Mr. Horbaczewski is no longer an employee of the Dysart Unified School District.  Although he previously was a staff member and coach in our district, he has not been in our facilities since the middle of November.  Regardless, our staff and students are hoping for his healing, and keeping him and his family in our hearts as they go through this difficult situation.