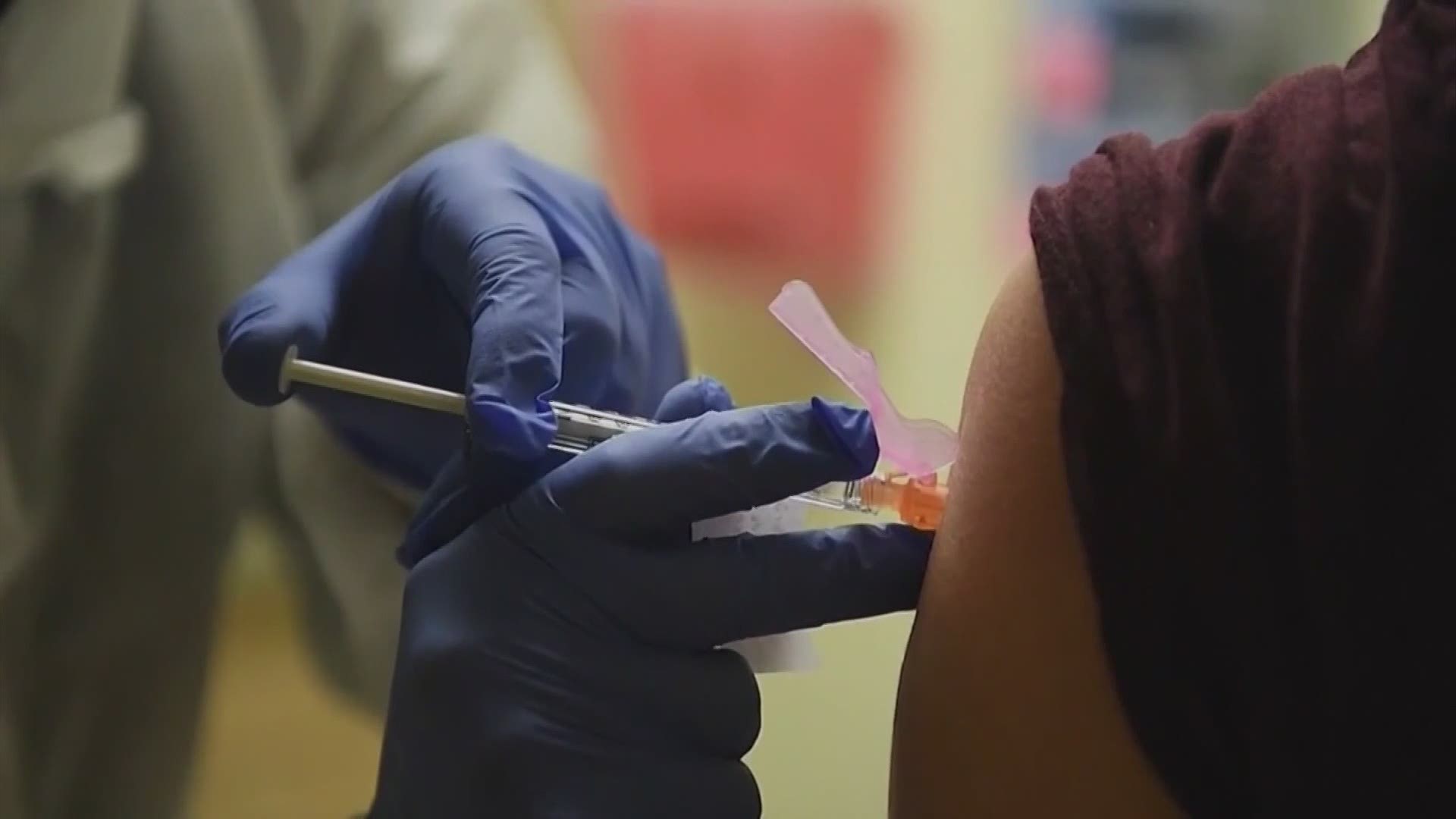 COLUMBUS, Ohio — Emergency medical responders, along with health care workers and others caring for COVID-19 patients, will be first in line for Ohio's initial doses of the coronavirus vaccine, Republican Gov. Mike DeWine said Friday as he announced details about the vaccine distribution.

Vulnerable people who live together and those who care for them, such as nursing home and assisted facility residents and staffers, will be next, DeWine said. To date, about six of every 10 deaths in Ohio have been in nursing homes.

The state expects more than 650,000 in combined doses from Pfizer and Moderna by the end of December, the governor said.

“Our goal is to get it out as quickly as we can,” said DeWine, adding that he and his wife, Fran DeWine, will get the vaccine as soon as their turn comes.

Some other aspects of vaccine distribution in Ohio:

— Among other people in group settings who are among the first to receive the vaccine are patients and staff at state psychiatric hospitals; people with intellectual disabilities and mental illness who live in group homes, and their staff; and residents and staff at Ohio's two veterans homes.

— The 201,000 Moderna doses due Dec. 22 will go to 98 hospitals dealing with COVID-19 patients, and the state's 108 public health departments for distribution to emergency medical responders and home health care aids. On the same day, an additional 123,000 Pfizer doses will go to Walgreens and CVS.

—The last shipment this year will go out a few days later, with tentatively 148,000 from Pfizer and 89,000 from Moderna.

— Neither prison inmates and guards, nor fast food workers and grocery store employees, are among the first recipients. The state's plan is “an attempt to prioritize among many groups in our society, all of whom are worthy of receiving this vaccine, on the basis of rated risk,” said Dr. Bruce Vanderhoff, the Ohio Health Department's chief medical officer.

— DeWine said it’s too soon to know when ordinary adults without health problems will receive a vaccine and Ohioans will have to remain vigilant until then. “We’re in a very dangerous situation and I think we can all agree that we can’t let our hospitals get to the point where healthcare is threatened,” DeWine said. “The curfew, mask-wearing, retail inspection have helped, but they haven’t helped enough. We’ll have to do more. We don’t have a choice.”

— Although people receiving the vaccine must receive two doses, supplies of the second dose aren't being held back and will be provided later.

— Symptoms from the vaccine could include a sore arm, a headache and fatigue. “It’s not going to be uncommon for people to feel off kilter for 24 hours,” said Dr. Joseph Gastaldo, an infectious disease expert at the OhioHealth medical system.

Vaccine distribution comes as cases are hitting record highs in Ohio. The seven-day rolling average of daily new cases in Ohio has risen over the past two weeks from 7,451 on Nov. 19 to 9,158 on Dec. 3, according to an Associated Press analysis of data provided by The COVID Tracking Project. One in every 182 people in Ohio tested positive in the past week.

The seven-day rolling average of daily deaths in Ohio has risen over the past two weeks from 33 deaths on Nov. 19 to 68 on Dec. 3, according to the COVID Tracking Project.