‘He loved us and we loved him’: Heath athletic director who died from COVID-19 remembered as wise leader

Ellis Booth died on Saturday. He was 56 years old. 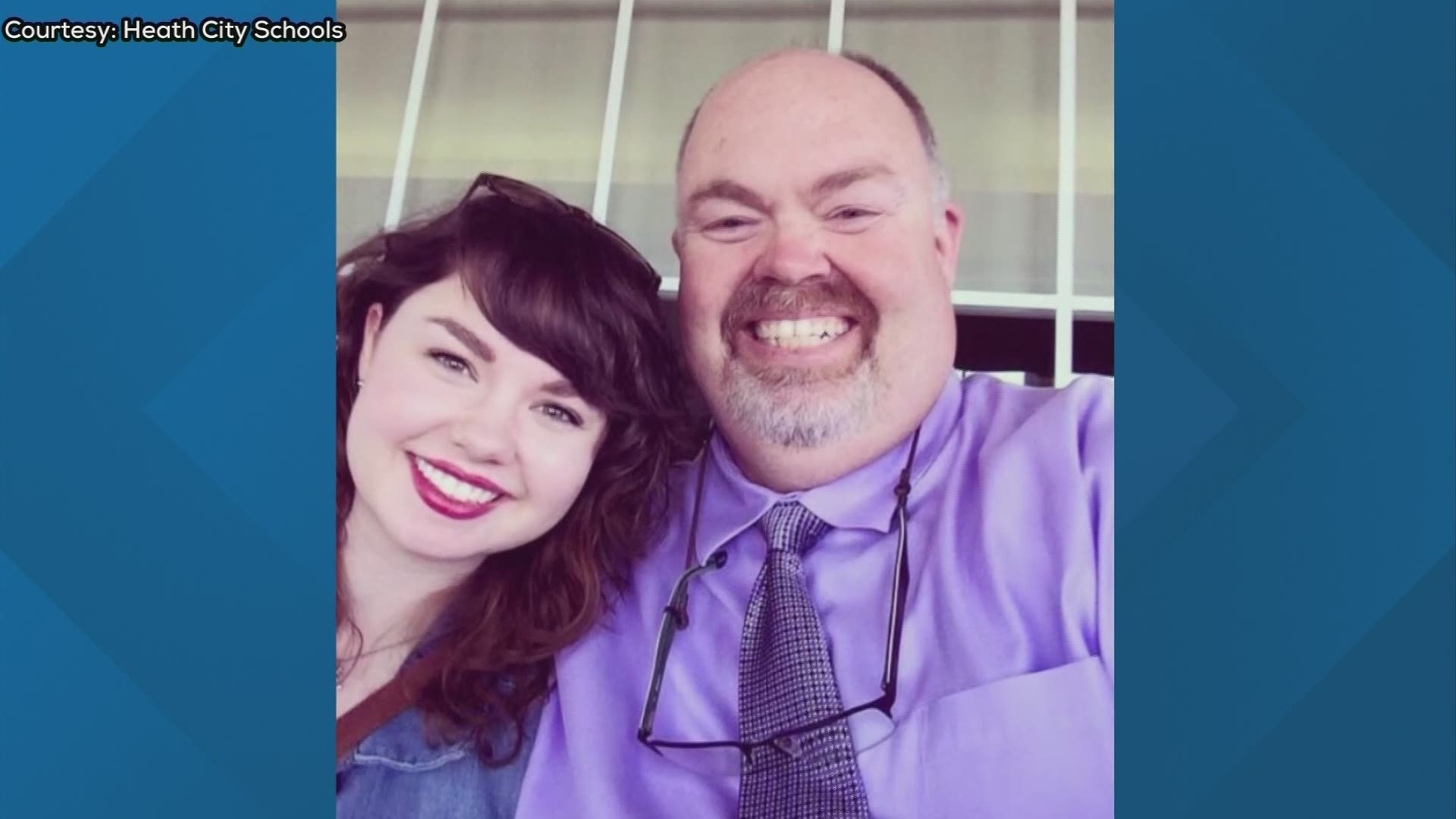 The Newark Advocate reports Booth, 56, died Saturday at Licking Memorial Hospital after being there for a little more than a week.

"He was like a father figure. He was one hell of an AD, and one hell of a person," Heath City Schools superintendent Trevor Thomas told the paper.

Booth started in Heath in 2001 as the assistant high school principal and athletic director.

He then served as principal for 10 years before taking the athletic director post again in 2016.

“I think obviously this is a very difficult time for everybody right now outside of the community just dealing with the pandemic, but the reality is this is a human being that many people loved and cared for, and he had a family and we are in a deep moment of grief right now and so we’re going to do everything we can to honor him, honor his family and to take care of our staff and students who are grieving,” Thomas told 10TV.

Thomas was hired as Booth's assistant principal in 2007.

“He was very reserved, he was very wise, he loved us and we loved him,” Thomas said.

Heath High School principal Kat Fields was hired as a teacher twice before her new role.

“I’m feeling devastated and shock and just very sad and I will echo what Dr. Thomas said. I think we are all just...we don’t understand the weight of this loss in our community and we will continue to feel it for many years to come,” Fields said.

Thomas and Fields said Booth played a big role in the success of the district's athletic department.

As a leader, they said Booth was calm, reassuring and supportive.

“He was always able to bring perspective,” Thomas said.

They said he did not talk much but when he did it was impactful, truthful and it got people’s attention.

“He was really funny and I think people would be shocked to hear he was the one who brought us levity, comfort and encouragement during the hardest times," Fields noted.

"I really don’t know what kind of leader I would’ve been. He was truly what kept us afloat a lot of the times - with his wisdom and willingness to say what was needed to be said when it needed to be said,” Fields recounted.

Recently, the district has had a lot of administrative meetings, especially involving pandemic plans.

“In those moments, Ellis would always step up and help us see what mattered and help us get a decision," Thomas said.

"Saturday afternoon we learned that we had lost a cherished member of our district leadership team. Ellis Booth had been hospitalized with issues associated with COVID-19. Ellis served our district as athletic director, principal, and assistant principal, all at Heath High School. Ellis was a veteran leader on our team, and has served the district for more than 20 years. Our thoughts and prayers are with his family, our staff, and our entire community."

"Ellis was a father, coach, administrator, teacher, mentor, and friend to so many people. Heath lost a great Bulldog today," the Heath football team's account posted on Twitter.

Our thoughts and prayers go out to the Booth family and the entire Heath community. Ellis was a father, coach, administrator, teacher, mentor, and friend to so many people. Heath lost a great Bulldog today. Please send a thought and prayer for his family.

Several other schools offered their condolences as well.

We are with the whole @HeathSports community. Today we are all Bulldogs.... We all lost a great man today.

Our thoughts and deepest condolences go out to @HeathSports and the family of their Athletic Director, Ellis Booth.

Coach Booth was an outstanding man and Athletic Administrator, and he will be incredibly missed. #BulldogStrong

The Utica community would like express our deepest condolences to @HeathSports and the family of Mr Ellis Booth. He was a great ambassador for Heath and the Licking County League. You will be missed.

The Granville Community sends its deepest condolences to the Booth Family and the entire @HeathSports Community.

Licking County Athletics lost a Champion today. Rest In Peace, Ellis- We are all better because of your leadership.#BulldogStrong pic.twitter.com/uIIlHA5V3P