He was the first known U.S. service member with COVID-19. The Atlanta man shares his survival story 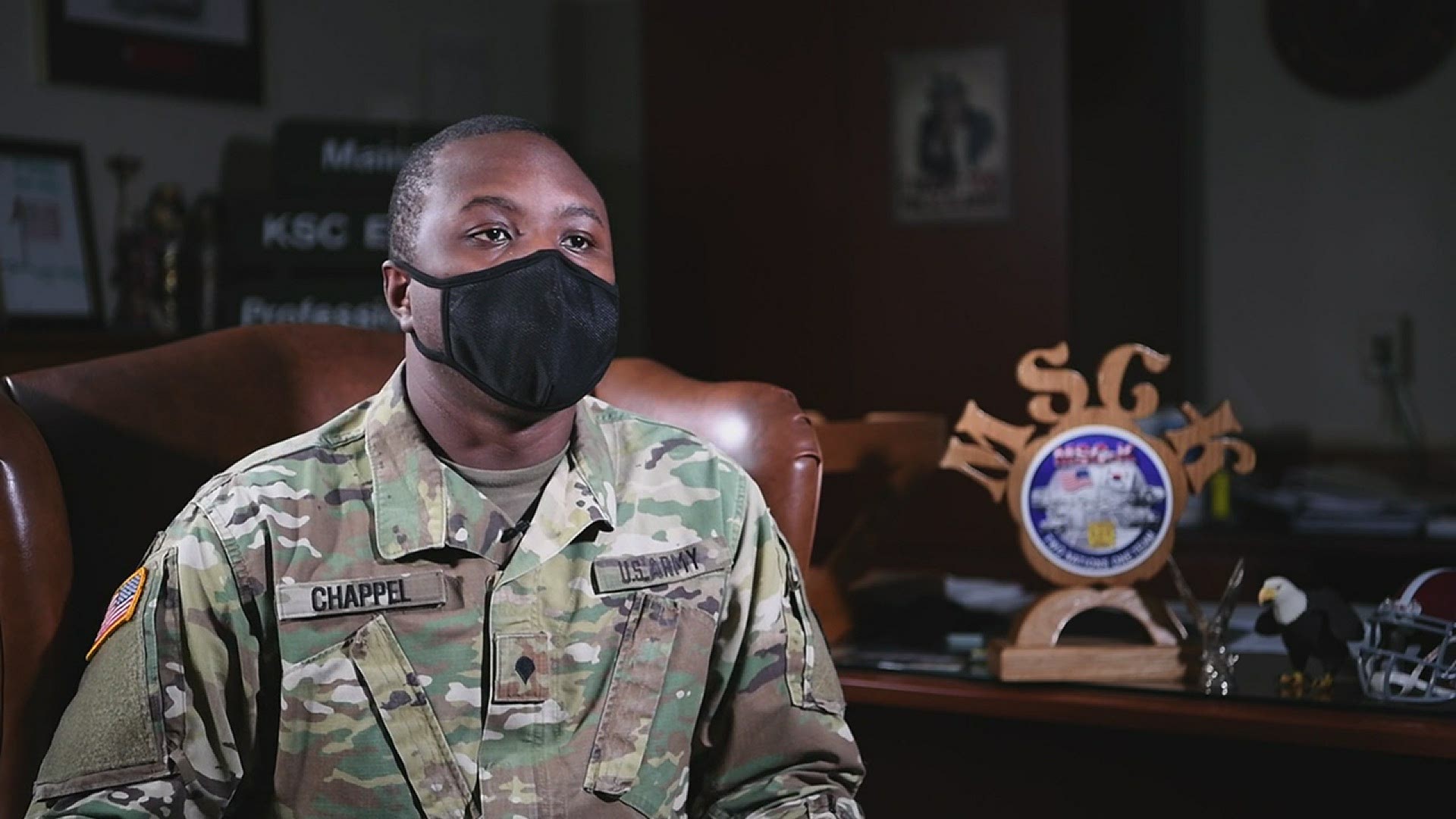 ATLANTA — He said he got a call from his mom. She knew right away it was him. She was watching a White House press conference when a reporter mentioned a U.S. Army service member tested positive.

"I'm in the back of an ambulance. I couldn't lie. I'm just like, how did you? There are so many 23-year-old soldiers in Camp Carroll."

The instincts of SPC De'ontae Chappel's mother were right. The Atlanta native was on his way to the hospital. He had tested positive for COVID-19.

Chappel is part of the United States Army Material Support Command, currently stationed at Camp Carroll in South Korea. He is the first known service member diagnosed with COVID-19.

He said that by keeping his composure, it kept his mother's spirits high.

"I didn't let what was going on in the media make me think the worst," he said. "I knew myself. I've been in some pretty scary situations."

But finding out that his wife and his infant daughter also tested positive took a harder toll on him. He felt guilty.

"It did bring me down a little bit. I felt like I didn't do my part to keep them safe," he said.

He almost lost hope. He was getting so many conflicting reports, he said. But after numerous tests and quarantines, he had back-to-back negative tests.

"It was definitely a relief," he said.

The first thing he did was get shrimp tacos from a restaurant near his home. That was all he wanted to do. Chappel said he got "the best support" from the Department of Defense and the U.S. Army.

"They made sure that, if I did need (help), it was extended," he said.

He said no one is exempt from COVID-19 and urged people to take it seriously and to take their health seriously, something he said he didn't always do.

11Alive has reached out to Chappel to see how his wife and child are doing after testing positive.

We will track the most important coronavirus elements relating to Georgia on this page. Refresh often for new information.

Some Georgia businesses announced they would open, then almost immediately regretted it