Natalie’s Grandview is now planning to ramp up carryout and delivery while live streaming concerts. 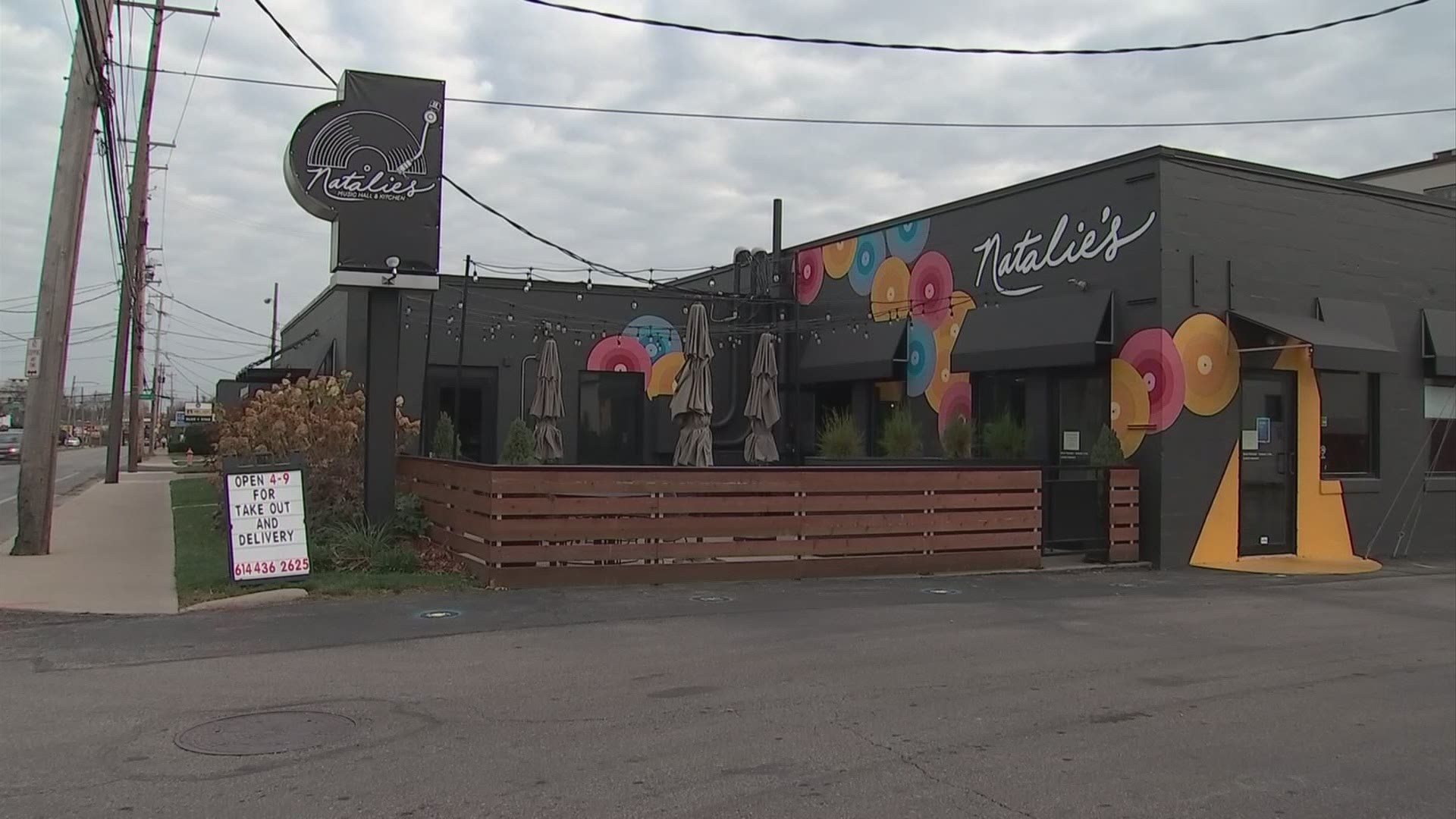 GRANDVIEW HEIGHTS, Ohio — Last fall, everything was coming together for Charlie Jackson and his daughter, Natalie.

After several successful years with Natalie’s Coal-Fired Pizza in Worthington, the two teamed up to open Natalie’s Grandview, a combined restaurant and music venue.

“It just seemed like a really great fit,” Jackson said. “It was originally what we were wanting to do when we went into business back in 2012.”

“Mid-March, as we all know, the world changed,” Jackson said. “It was devastating. Everything that we had worked toward, invested money, time, effort in, suddenly was in great jeopardy. And so we immediately scrambled to figure out ways to survive.”

Surviving meant focusing more on carryout and delivery, which was never a big part of the business plan. Natalie’s also spearheaded a song and video to support the restaurant and local musicians.

This summer, things started creeping back toward normal. Natalie’s welcomed visitors back to dine in and see live shows, with social distancing, of course. And the venue also started to live stream the shows.

But this week came another blow.

That proved to be too much.

“We felt that, with the curfew, we could work with that,” Jackson said. “We were still going to go ahead with in-house dining and live music and live streaming. When it was issued, the order for the stay-at-home advisory, we did a lot of soul-searching very quickly, and we felt, the right thing for us to do, regardless of the financial consequences was, in good conscious, do we really want to be asking people to come to shows when there was people being told to stay home and be responsible.”

So Natalie’s Grandview is closing its doors to indoor dining and music. But the music will live on online, with the next show featuring Hoodoo Soul Band, performing live at 8 p.m. Sunday.

“We felt that, beyond the financial hurt, that it was just something that we wanted to feel like we could live with, and it was the right thing to do,” Jackson said. “Time will tell. We’re trying to get the word out, please support us. Please order our food. We’re trying to offer things, a good service and a good, quality product.”

Natalie’s is not the only local establishment facing challenges.

John Barker, president and CEO of the Ohio Restaurant Association, says some restaurants have seen a drop in reservations since the new health advisories were issued.

“They’re just going to focus on what they can control,” Barker said. “They can’t seem to control anything that’s going on with the pandemic or the elected officials. Here’s the thing though. Between the curfew, all the other steps that have been put into place, and now more inspections of other businesses.”

Barker stressed again that restaurants have put in a lot of effort to protect customers, from air purification to plexiglass barriers to sanitization.

“If you’re comfortable going out, and you wear your mask, and you do everything that you’re supposed to do, our restaurants are going to take care of you,” he said.