There are now 564 confirmed cases of COVID-19 in the state. Eight people have died and 145 are hospitalized. 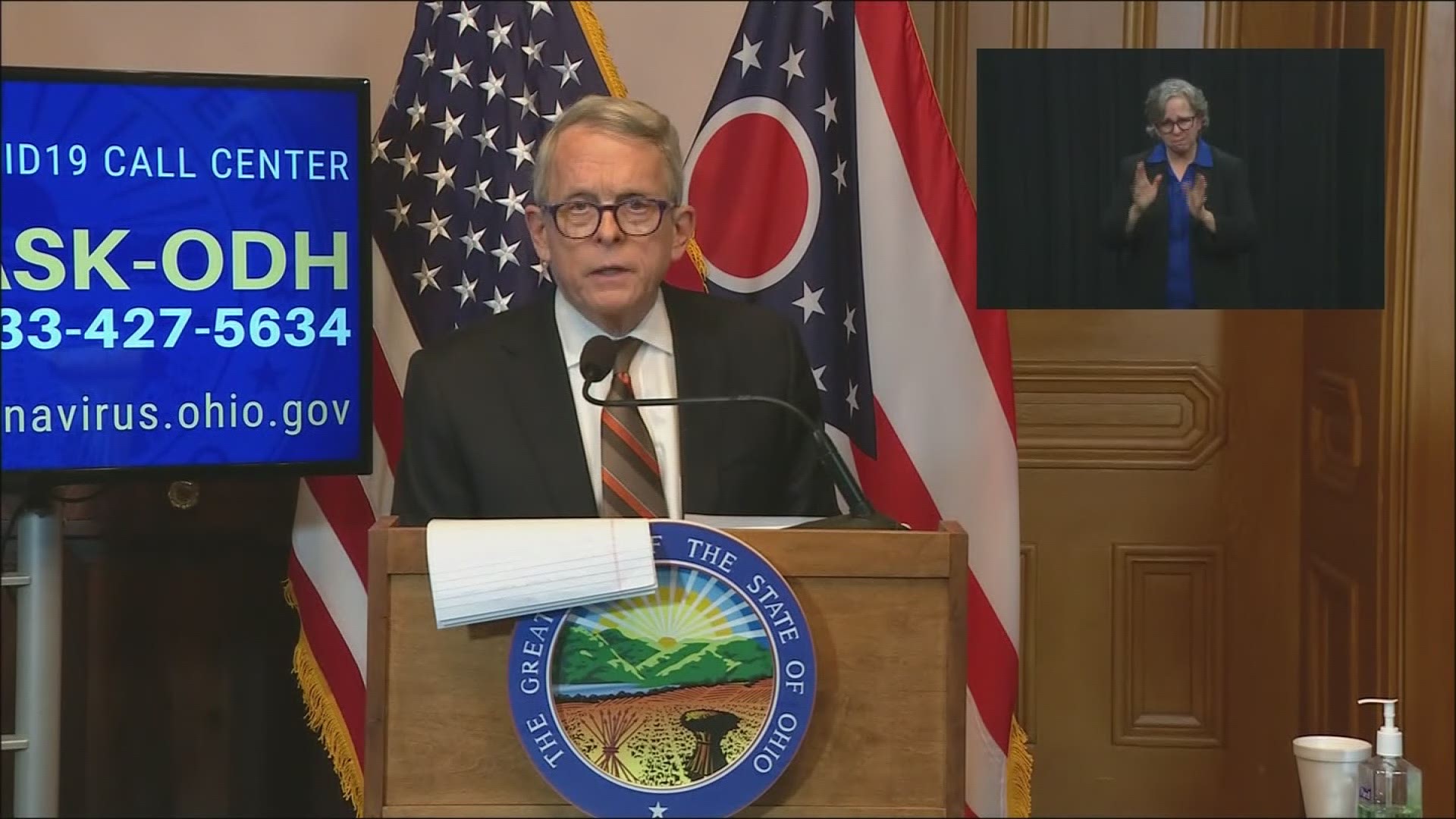 COLUMBUS, Ohio — Governor Mike DeWine held his daily press conference at the Ohio Statehouse in Columbus to give an update on the response to COVID-19.

Prior to the start of the briefing, the Ohio Department of Health announced that the number of confirmed cases in the state has risen to 564. Eight people have died and 145 are hospitalized.

Ohio Department of Health Director Dr. Amy Acton provided some perspective on the number of cases and deaths during her portion of the briefing. 16% of the cases in the state are healthcare workers. Also, Acton said the state's hospitals are at about 60% capacity after elective surgeries were stopped. "The bottom line is that it's about ICU bed capacity. We are trying to keep those who can be routinely cared for in lesser care settings and turning our hospitals into expanded ICU settings," she said.

DeWine spoke about the state's economy during his remarks. "Every single day I think about those of you who are unemployed. I think about the small businesses. I know that each day that goes by that you don't have income is very, very tough. And I fully understand that. The truth is that protecting people and protecting the economy are not mutually exclusive. In fact, one depends on the other. We save our economy by first saving lives. And we have to do it in that order."

RELATED: Ohio Gov. Mike DeWine: 'We save our economy by first saving lives'

As a way of providing some inspiration during the pandemic, several notable Ohio celebrities got together to record a series of messages. They encourage Ohioans to stay home and remind us all that we are in this together.

Meanwhile on Tuesday, New York Gov. Andrew Cuomo sounded his most dire warning yet about the coronavirus pandemic, saying the infection rate in New York is accelerating and the state could be as close as two weeks away from a crisis that projects 40,000 people in intensive care.

Such a surge would overwhelm hospitals, which now have just 3,000 intensive care unit beds statewide.

Cuomo says the rate of new infections is doubling about every three days. While officials once thought the peak in New York would come in early May, they now say it could come in two to three weeks.

RELATED: Where are the most coronavirus cases in Ohio? Check each county with this interactive map

RELATED: Your dish sponge could be making you sick!

RELATED: Can blood from coronavirus survivors treat the newly ill?

RELATED: #3Heroes: Who is your hero? Send us your pictures and stories to honor those making a difference