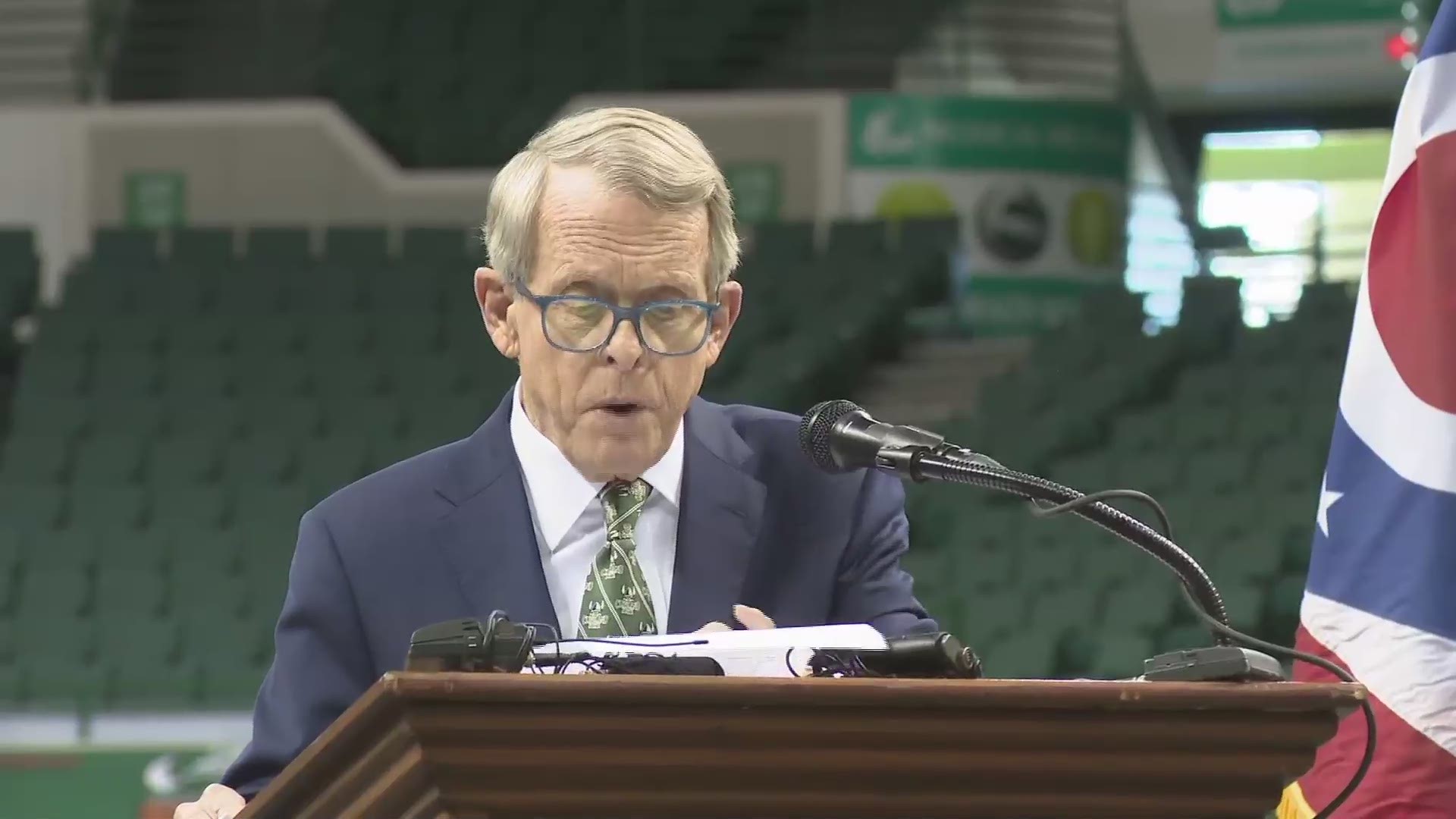 CLEVELAND — After Texas and Mississippi announced earlier this week that they would be ending their statewide mask mandates, some in Ohio have begun to suggest that Gov. Mike DeWine should do the same.

Asked about the possibility of doing just that on Friday, however, DeWine made it clear he wasn't ready to bring an end to Ohio's statewide mask mandate, which has been in place since July as a response to the ongoing coronavirus (COVID-19) pandemic.

"My job is to be the governor of the state of Ohio and I'm going to focus on Ohio and we're to follow the science," DeWine said in Cleveland during an appearance to announce that Cleveland State University's Wolstein Center will serve as a mass vaccination clinic. "The science clearly tells us that these masks work phenomenally well. One of the things that we've learned these past few months is just how powerful masks are.

"Interestingly, the place where we've really really seen this is our schools. We've seen virtually no spread in the classroom with kids, even if they're less than six feet apart, if they're all wearing masks, there's been virtually no spread. That's what principals have been telling us for months, that's what superintendents have been telling us for months. After hearing that, we went into the schools, we did some testing in seven different schools and it came out overwhelmingly that it was very abundantly clear that we're not seeing a spread. Our ticket out is to continue to wear this mask and to vaccinate. So it's vaccinate, vaccinate, vaccinate, wear masks -- that's how we get out of this."

Earlier this week, Josh Mandel, who has announced his intentions to run for a U.S. Senate seat in 2022, called on DeWine to follow Texas' lead and end the statewide mask mandate. Meanwhile, President Joe Biden criticized Texas and Mississippi's ending of their statewide mask mandates, referring to the decisions as "neanderthal thinking."

On Thursday, DeWine announced that he would drop all COVID-19-related health orders -- including the mask mandate -- once Ohio dropped to 50 COVID-19 cases per 100,000 people for a two-week period.

"The end of our fight is now in view, but we must continue pressing forward in these final days. We must not relent," DeWine said during a statewide address on Thursday.