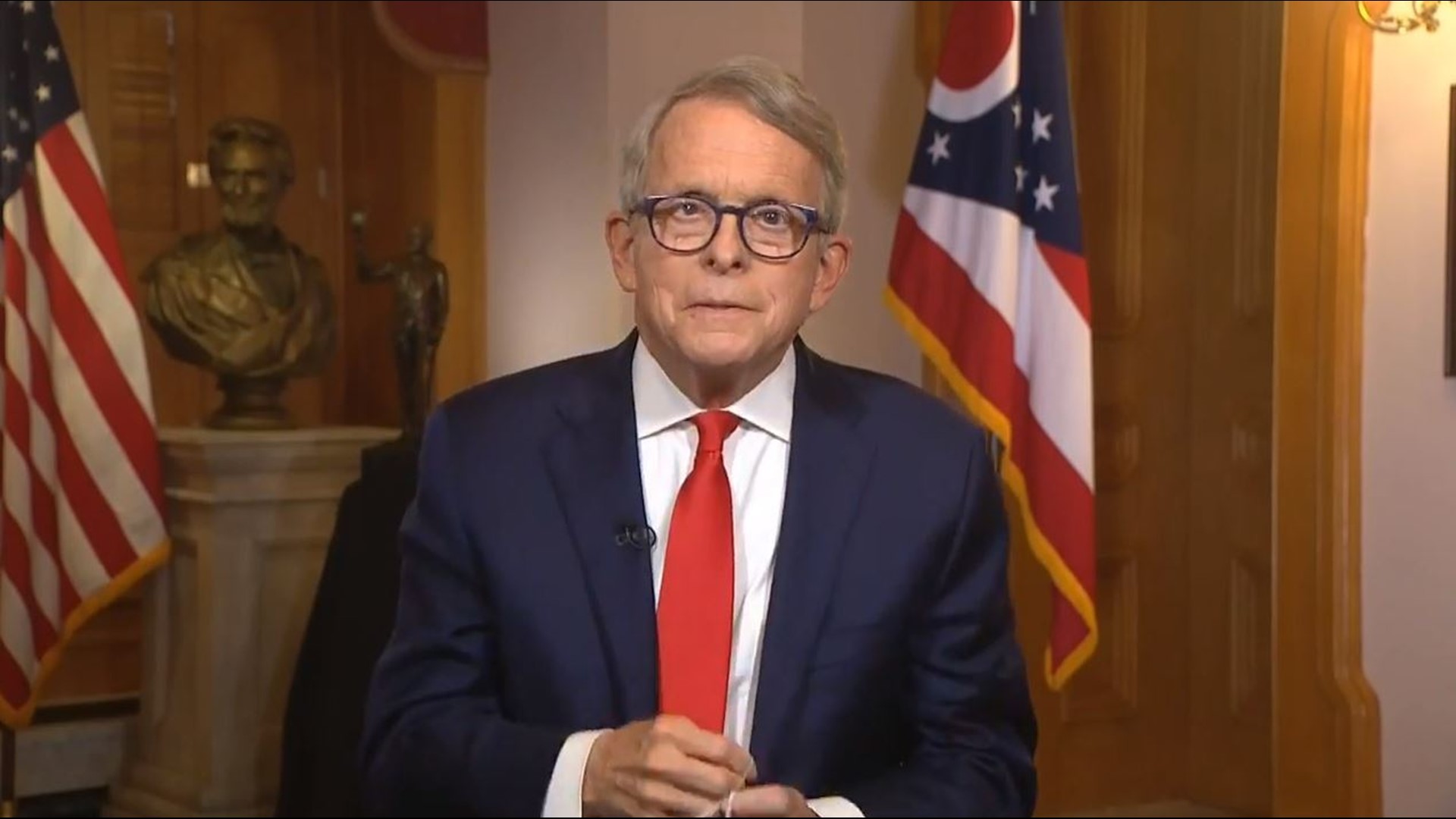 Becker, in a press release, accused DeWine of violating the Ohio and United States Constitutions and sections of the Ohio Revised Code.

Becker is taking issue with DeWine's decisions on which businesses are open and closed and the state mask mandate.

"Many Ohioans find the mask mandate offensive, degrading, humiliating, and insulting.  There is also evidence that masks can be hazardous to one’s health.  Gov. DeWine doubled down when he expanded the mandate to our school-age children, who are less susceptible to COVID-19," Becker wrote.

Gov. DeWine's office said in an e-mail statement, "Governor DeWine is focused on saving lives during the pandemic. He is focused on helping the economy and getting Ohioans back to work. That is what he is focused on. Not this."

According to the Ohio Constitution, the House of Representatives have the sole power of impeachment and a majority of lawmakers would need to support that to move forward.

The impeachment would then be tried by the Ohio Senate and a conviction would happen if at least two-thirds of the senators vote to impeach the governor.

Becker told the Cincinnati Enquirer that there are not enough votes to remove DeWine from office right now but the movement does have initial backing from Republican representatives Candice Keller of Middletown, Paul Zeltwanger of Mason and Nino Vitale of Urbana.

House Speaker Bob Cupp, from Lima, said in a statement, “Having now had time to read and consider the draft resolution to impeach the Governor announced by a couple of members, it is clear to me that it is an imprudent attempt to escalate important policy disagreements with the Governor into a state constitutional crisis. Even serious policy disagreements do not rise to the level of impeachment under our constitution."

House minority leader Emilia Strong Sykes wrote in a statement, "Instead of working to rebuild the public’s trust or calling the House back from summer recess to address the very real public health and economic crises Ohio currently faces by focusing on protecting small businesses and slowing the spread of COVID-19, Republicans continue to fight one another over political power."

"It is despicable that anyone who considers themself to be conservative would make an attempt to impeach Governor DeWine. In a time of harsh political division, and an important election year, Republicans should be united," Ohio Republican Party Chairman Jane Timken said in a statement.