Gavin Braden started to feel sick on Jan. 12. Two days later, he was in the hospital. 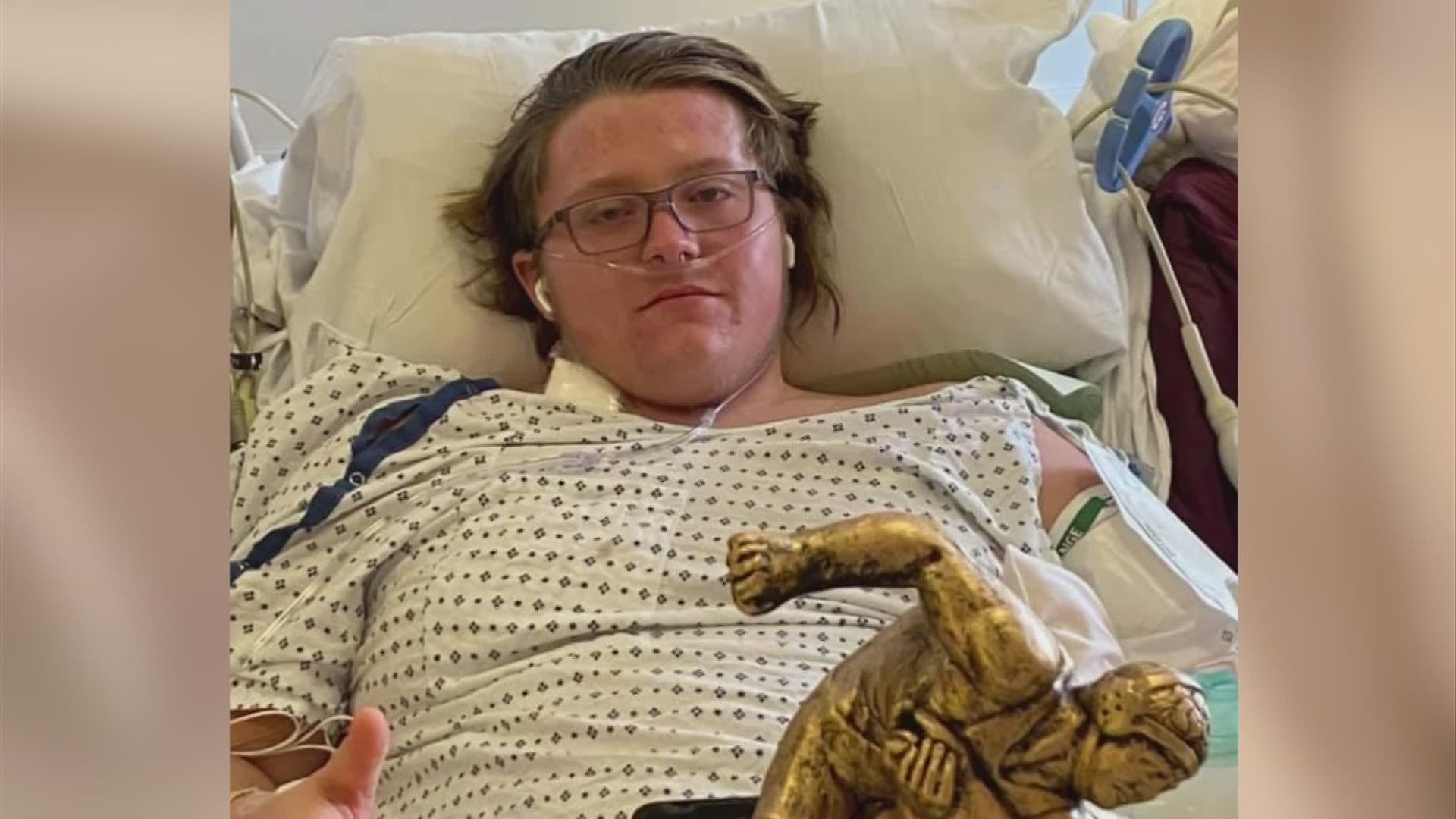 LONDON, Ohio — An Ohio community is rallying around a high school student who is suffering complications caused by COVID-19.

Gavin Braden, 16, from London was a healthy football player with no pre-existing conditions. His family said he started to feel sick on Jan. 12. He told his mom his throat hurt and he had a headache. Two days later, he was in Nationwide Children's Hospital with a fever.

"This happened so fast," said Braden's aunt, Latania Villalpando. "His throat, head, chest - everything was hurting. It started to get harder and harder for him to breathe."

Villalpando said her nephew had to go on a ventilator. She said further testing showed he developed multisystem inflammatory syndrome in children (MIS-C), a complication associated with COVID-19.

"At that point, he was really fighting for his life. It attacked his lungs, his heart, his kidneys, his lymph nodes ... he was in bad shape," Villalpando said.

Braden has been in the hospital for nearly two weeks, but his family said he is starting to improve. Doctors took him off the ventilator and he was able to get off dialysis. However, he has a long road ahead.

"Small steps, he's getting better," his aunt said. "His spirits are good. He's asking for things to drink and eat."

Villalpando said the community has stepped up to show their support. There is a Facebook page dedicated to Gavin's Fight and people send virtual cards to him. His aunt hopes by sharing his story it will remind people of the danger of COVID-19.

"The amount of support that the community has is unbelievable. I love it because I want the word to spread, if your child is not feeling well - especially right now in the world of COVID - don't take any chances. Take them to get them checked," she said.