Gov. Mike DeWine, along with his wife Fran and Lt. Gov Jon Husted, got tested for the virus during the live briefing Tuesday. 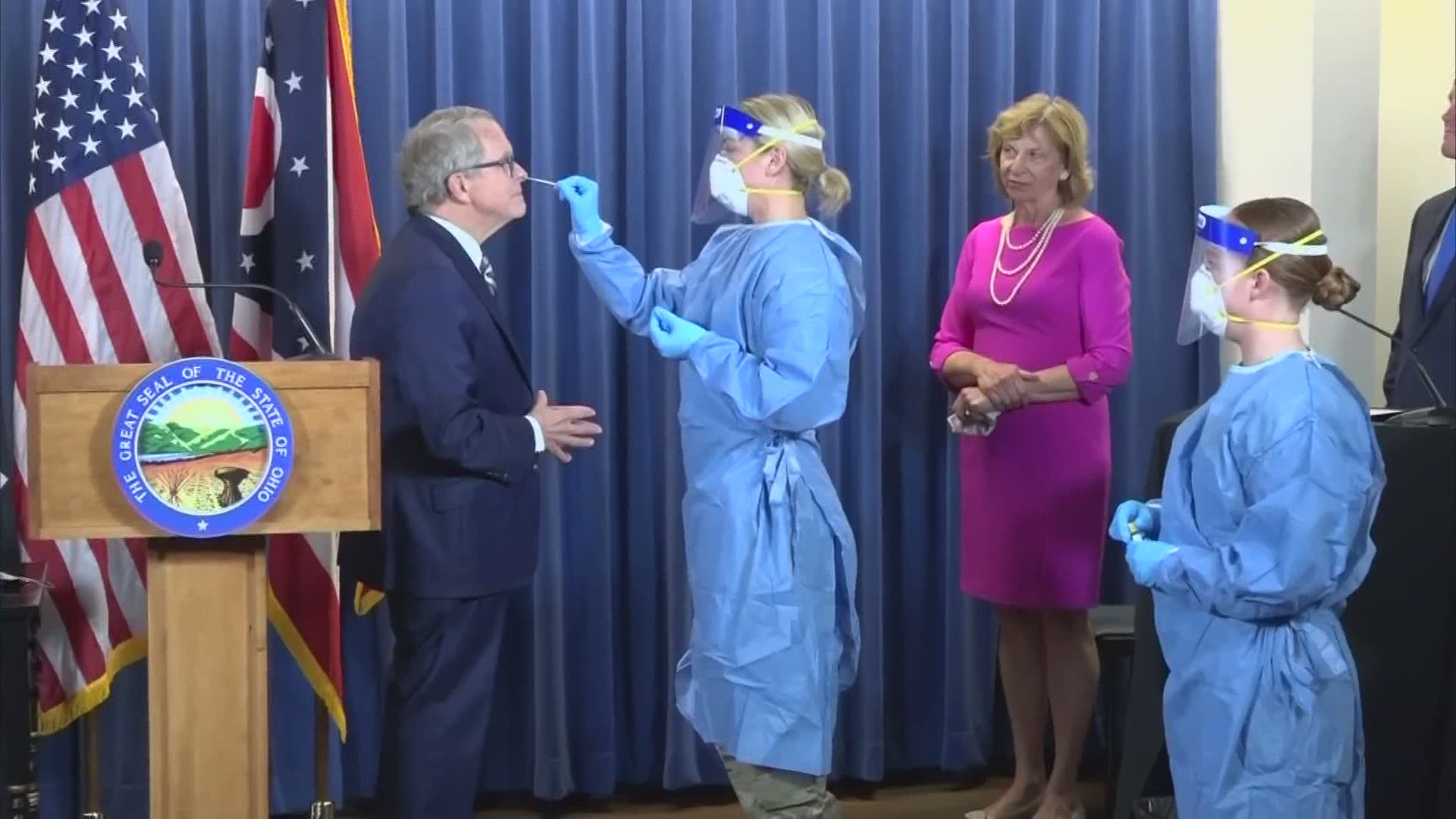 Gov. Mike DeWine, along with his wife Fran and Lt. Gov Jon Husted, got tested for the virus during the live briefing Tuesday, a day after the state reported 729 cases, its largest daily increase since May 21.

The state had reported 700 cases Thursday, which DeWine identified as a “worrisome” rise in cases in five southwestern Ohio counties. Those counties are Clark, Greene, Hamilton, Montgomery and Warren.

Oglesbee points to the recent outbreak at a Dole vegetable plant in Springfield as well as outbreaks in the Cincinnati area, at an assisted living facility and a funeral gathering, as direct links to the recent rise in positive cases.

But so far, Ohio has avoided an ongoing surge in cases since reopening its economy, unlike several other states.

While some officials, including President Donald Trump, attribute the increase in cases nationwide to an increase in testing, Oglesbee says that is not necessarily the case in Ohio.

“I think we should really call out this issue,” Oglesbee said. “If you look at the (virus) trend for Florida, it is a steep upward climb but in Ohio it is a very different story.”