Why is it so hard to get a COVID-19 vaccine appointment in Georgia?

Gov. Brian Kemp said Wednesday that Georgia has a vaccine supply problem, but health experts - and numbers - say we have enough supply to go around. 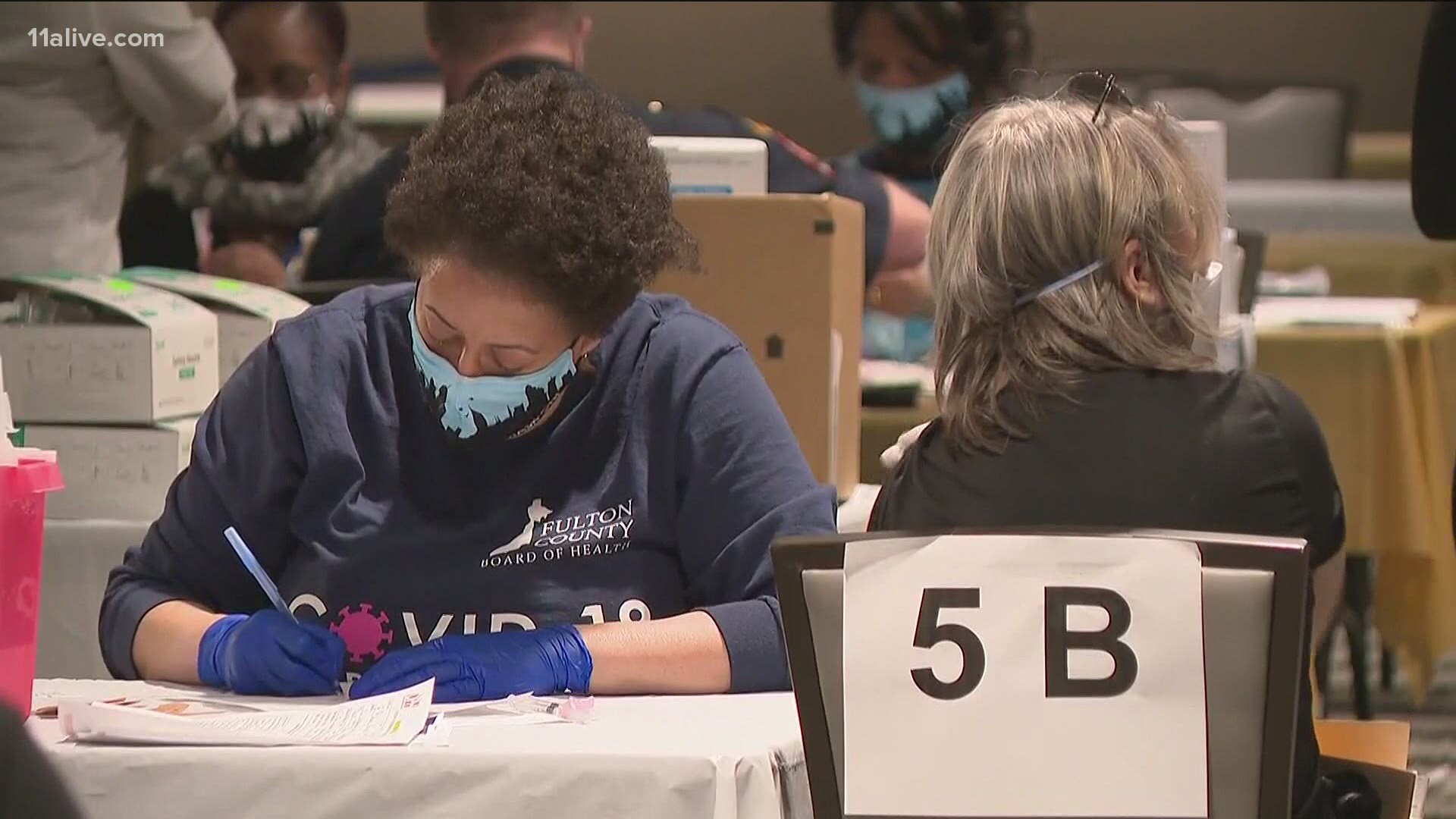 ATLANTA — Georgia is still ranked the slowest state in the nation for vaccine rollout, according to the CDC.

During a press conference Wednesday, Gov. Brian Kemp said vaccine supply is a problem. However the supply is there. The numbers show it and experts, like public health microbiologist Dr. Amber Schmidtke, say so, too.

"We're still not where we want to be, and there's room for improvement," she told 11Alive. "We have a large surplus of doses at-hand, and when doses are in the freezer, that's not enough. It's an issue of making sure we're efficiently matching a dose to a person who needs it."

The real problem, she said, lies more in the distribution of the vaccines. Health commissioner Dr. Kathleen Toomey mentioned vaccines are sitting in freezers in rural counties.

Dr. Schmidtke said that reconsidering the path of vaccines is important.

"We have not a lot of vaccine supply in the metro, but we have a lot outside of the metro, so is that the most efficient way to distribute the vaccine?" she asked.

"If that means we need to truck things from rural counties back to urban Atlanta, or maybe there will be bigger interest now that we're expanding to younger aged populations," she added.

The graph above shows it, too.

Distribution in the state started slow when shots sat in freezers, but eventually got as high as 89% late February.

"We've seen that Georgia got off to a slow start but it has gotten a lot better thanks in large part to Mercedes-Benz Stadium and GEMA vaccination sites," Dr. Schmidtke admitted. "They're really efficient at delivering doses to a lot of people."

However, as Georgia received more vaccines over the past two weeks, shots administered went down to about 76%.

"That's a lot of doses to have on-hand, especially when Georgia is averaging about 50,000 doses administered per day. We're actually getting more doses in than we are administering each day," she said. "When you do that you build up a stockpile."

Dr. Schmidtke said Governor Kemp did well in expanding eligibility so that more shots don't go to waste. She said the state will have enough supply to be able to vaccinate the next phase.

Health experts said one of the reasons for the slow rollout in the state is that Georgia was not ready to handle this pandemic, when it comes to budget and public health infrastructure.

Now, it's showing in the many people looking for appointments like 65-year-old Anita Vega Paige and her husband, 75-year-old Army veteran James Edward.

The Rockdale County residents have been scouring the internet for a COVID-19 vaccine appointment.

"We really don't understand the difficulty that we're having," Anita Vega explained, while fighting back tears. "We go on the internet, he wakes me up at 4 o'clock, then 6 o'clock. We're always on the computer trying to find, and there's nothing available."

For months, they said they've been calling the health department, checking every website - to no avail.

"I just wish that it was a little bit more convenient for the elderly to get vaccinated," she added. "It's so important! It's very frustrating. Stressful ... stressful."

The Conyers couple said can't wait to hug their grandkids again and say they are willing to drive 35 miles to get their shot.

Getting vaccine appointments still a challenge as eligibility expands in Georgia