Three sisters are spreading the story of their parents hoping to save one life from the pandemic. 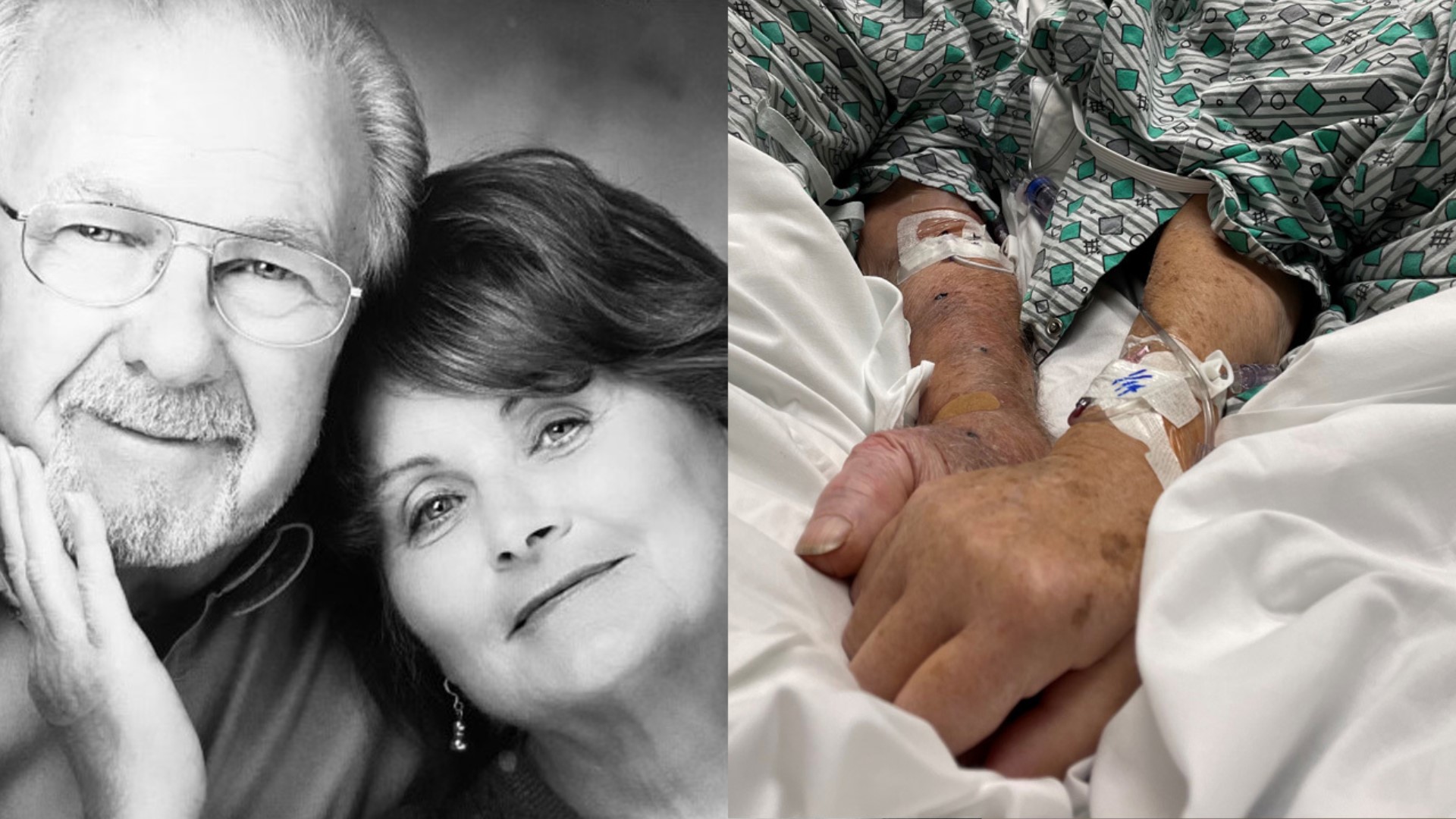 COSHOCTON COUNTY, Ohio — “Though our minds be filled with questions in our hearts we’ll understand.”

Words sang by John Denver more than 40 years ago.

Words that still connect us today.

On Dec. 22 the couple celebrated 70 years of marriage. That’s when their daughters say the guard, even if ever so briefly, was dropped.

“They said to all of us kids we think we’re getting colds,” Harper said.

That was said the day after Christmas. Then, on Jan. 8, both Dick and Shirley, positive for COVID-19, were admitted to Riverside Hospital.

The couple was separated into their own rooms one floor apart. After that, it happened quickly.

With every avenue of treatment exhausted and with the rapid decline in health the Meeks’ daughters say it was time to say goodbye.

“We asked [the hospital staff] for them to be together and they said absolutely,” Harper said.

Staff at Riverside found a room big enough for two beds and all their equipment.

“Patience, my brothers and patience, my son. In that sweet and final hour, truth and justice will be done.” More words from Denver’s “When the River Meets the Sea,” the song Dick wanted to be played after he was gone now played softly in the room while he and his wife were both leaving.

“Mom passed first,” Howell said. “They were holding hands. The nurse put mom’s head on my dad’s shoulder and she said to dad ‘Dick it’s OK to let go now. Shirley’s waiting for you’ and he passed within minutes.”

The vibrant couple that did it all from sky diving to zip-lining to world-traveling was gone.

“My parents got the blessing of walking together through the gates of Heaven into eternity with never having to face ‘Until death do us part’,” Howell said. “How many people can say that? It’s beautiful.”

Unconditional love now an unapologetic need to save a life.

The sisters wanted to share this story for their parents and for you. They want people to take COVID-19 seriously and give the virus the respect it demands.

“But his life will find a purpose and in time he’ll understand when the river meets the sea.”

Words sang by Denver and shared by Dick and Shirley Meek that continue to connect us all.

The sisters say Dick and Shirley passed away on Saturday, Jan. 16 and they were both on the list in Coshocton County to receive the COVID-19 vaccine Tuesday, Jan. 19.