Dr. Mark Escott was asked whether he believed it was appropriate for the mayor to travel when he did. 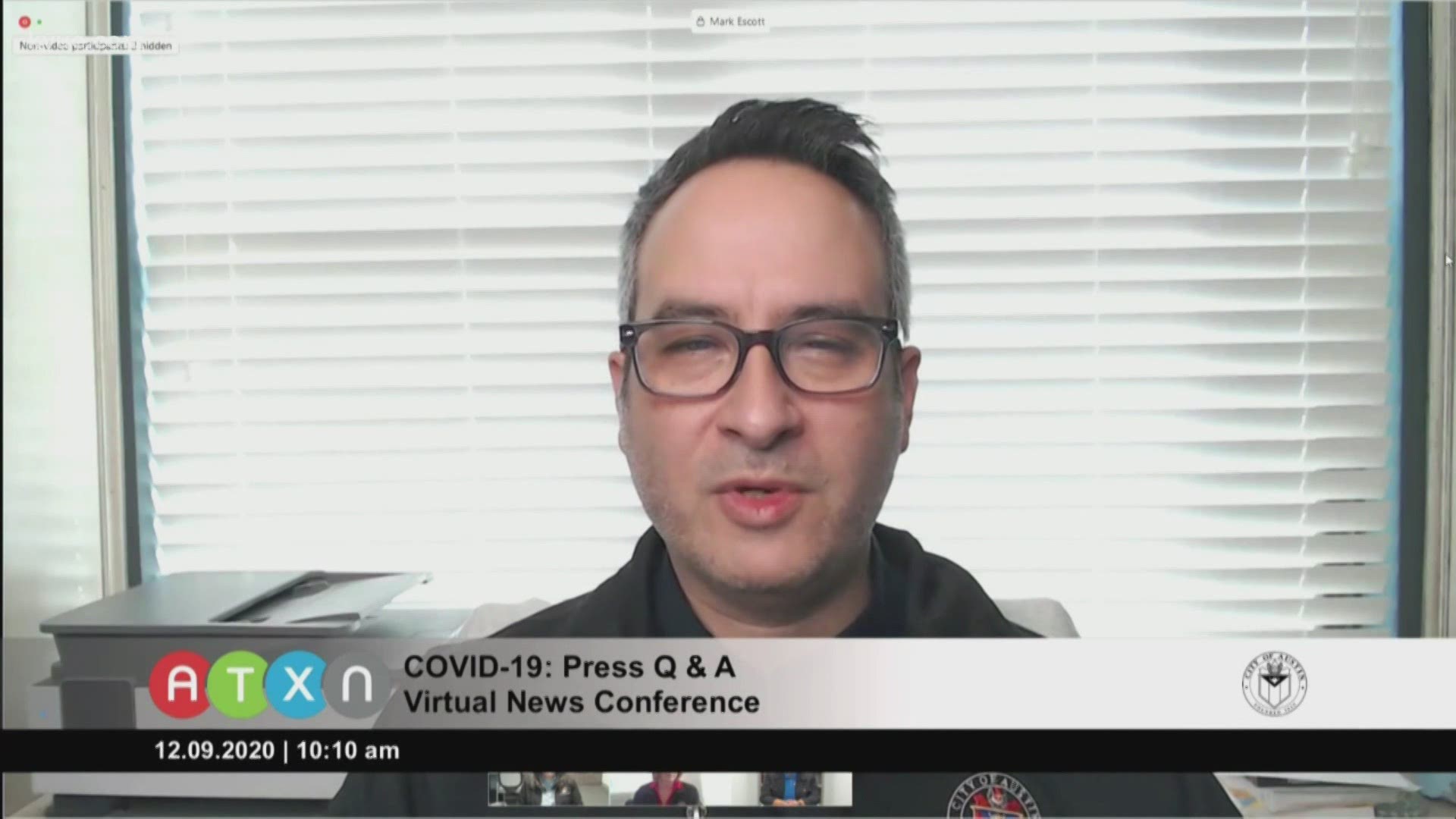 After hosting his daughter's wedding, the mayor took a trip to Cabo San Lucas, Mexico, on a private jet at the beginning of November. The trip came at a time when Austin health leaders began urging families not to gather with others outside their households.

RELATED: As mayor urged Austin to ‘stay home,’ he was vacationing in Mexico following daughter’s wedding

During the Q&A, Dr. Escott was asked what his conversation was like with Adler before he left, and if at any point did he warn the mayor about the risks.

The doctor explained we have to significantly modify events to be safe, adding that things were more flexible at Stage 3, but the advice stayed the same. Dr. Escott said he's grateful that the mayor's daughter adjusted her wedding size.

Toward the end of the press conference, the doctor was asked if he believed it was appropriate that the mayor traveled to Mexico when he did, to which Dr. Escott said, "we didn't have specific discussions regarding trips."

The doctor added that the Stage 3 guidelines at the time of the mayor's trip did not include avoiding travel for low-risk people at that time.

Escott says "we didn't have specific discussions regarding trips." He said stage 3 guidelines did not include avoiding travel for low-risk people. "Obviously things have changed" since Nov., Escott says. He says Mayor's travels were not inconsistent with guidelines at the time.

"Obviously things have changed since November," Dr. Escott said, adding that the mayor's travels were not inconsistent with the guidelines at the time.

On Dec. 5, Mayor Adler issued a formal apology in an open letter.

"I know that my actions let down the community this week. I should not have taken the trip with my family. It was a bad choice, and I apologize," the mayor said.

You can read his full apology here.

Elon Musk confirms he has moved to Texas