‘A crisis in childcare’: Parents could see less options post-pandemic

When daycare centers re-opened in June after being closed for months due to the pandemic, they were met with hiring challenges and added expenses. 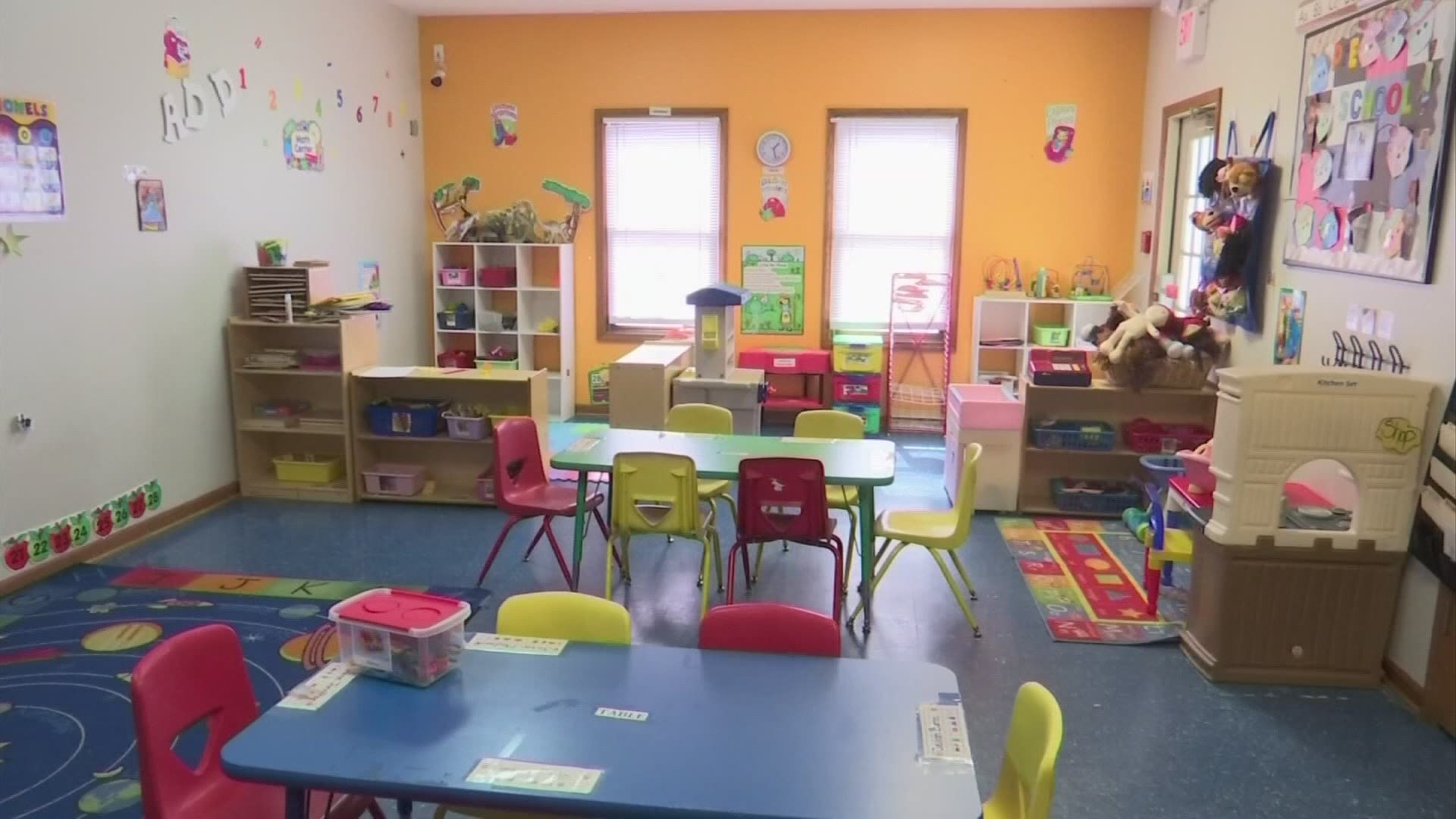 Despite aggressive efforts to find, vet, and interview applicants, daycare and pre-school providers are struggling to find qualified workers.

“Right now it is a crisis in childcare,” said Bronwyn Ginty, the director at Kiddie Academy of Dublin. “For example, I had nine interviews scheduled, two showed up. I did hire one of the people, but they never came in to start their job.”

"A crisis in child care." Centers are struggling to find qualified employees and that means parents could see less options post-pandemic. I'll have more on this story tonight at 6. #10TV pic.twitter.com/QbfcGc9kZu

When the pandemic hit one year ago daycare centers shut their doors. When they re-opened months later many faced a new challenge. They did not enough staff before the pandemic. And it’s a problem that’s even worse now.

“Since the pandemic we have been on almost non-stop and I have not done one interview,” said Kristen Moseley, the director of City Kids in Hilliard. “If I can’t find the staff to maintain those ratios, I’m not going to be able to you know open another classroom. Or I’m only going to be able to service 100 children instead of 140 because I don’t simply have the staff to do it.”

Moseley and others believe there’s less of an interest in the field right now because people are looking for better paying jobs. And it’s tough work.

“We really need to work hard. There’s no union or advocacy out there for childcare workers,” she said. “And we have become so essential. We always have been but even more during this past year.”

According to Columbus-based non-profit Action for Children, early childhood educators are among the lowest paid professionals earning an average of a little more than $22,000 a year.

“Competitive salaries, generous benefits, continued education, and being treated as professionals is what the field needs on the whole,” said Ronnie Conn, the Chief Operating Officer, JCC of Greater Columbus.

Places like the Jewish Community Center of Columbus are no longer benefitting from local college grads.

This is a good point. According to Columbus-based non-profit Action for Children, early childhood educators are among the lowest paid professionals earning an average of a little more than $22,000 a year. https://t.co/Wu8w0ZWw4D

“That just shows us that there’s a decline in early childhood across the board at the local colleges,” said Nikki Henry, Children’s Programming Director, JCC of Greater Columbus.

It’s a warning from early childhood care leaders that the care parents depend on might become scarce very soon unless more people enter the field.

“I think you’re going to see a lot of waiting lists because I’ve also seen childcare centers even in our area that have gone out of business,” said Ginty.

“Without those quality staff people we won’t be able to survive and we won’t be able to provide enough spaces for all of these children that need the care,” added Henry. “We want people to know early childhood is a great field to be in and we’re hoping that maybe there will be a trend and it will start changing and people will recognize early childhood for the field that it is.”

A recent report by Action for Children said 38% of local childcare providers are increasing tuition to help with salaries and cover pandemic related expenses, like cleaning supplies and PPE. That’s because for most – monthly revenue does not cover those added expenses. But obviously that’s a cost that’s passed on to parents. And cost is a big factor to consider for enrollment. And centers need enrollment to survive.