"It really took him down quick, and I didn't know what was gonna happen next and if he was gonna make it." 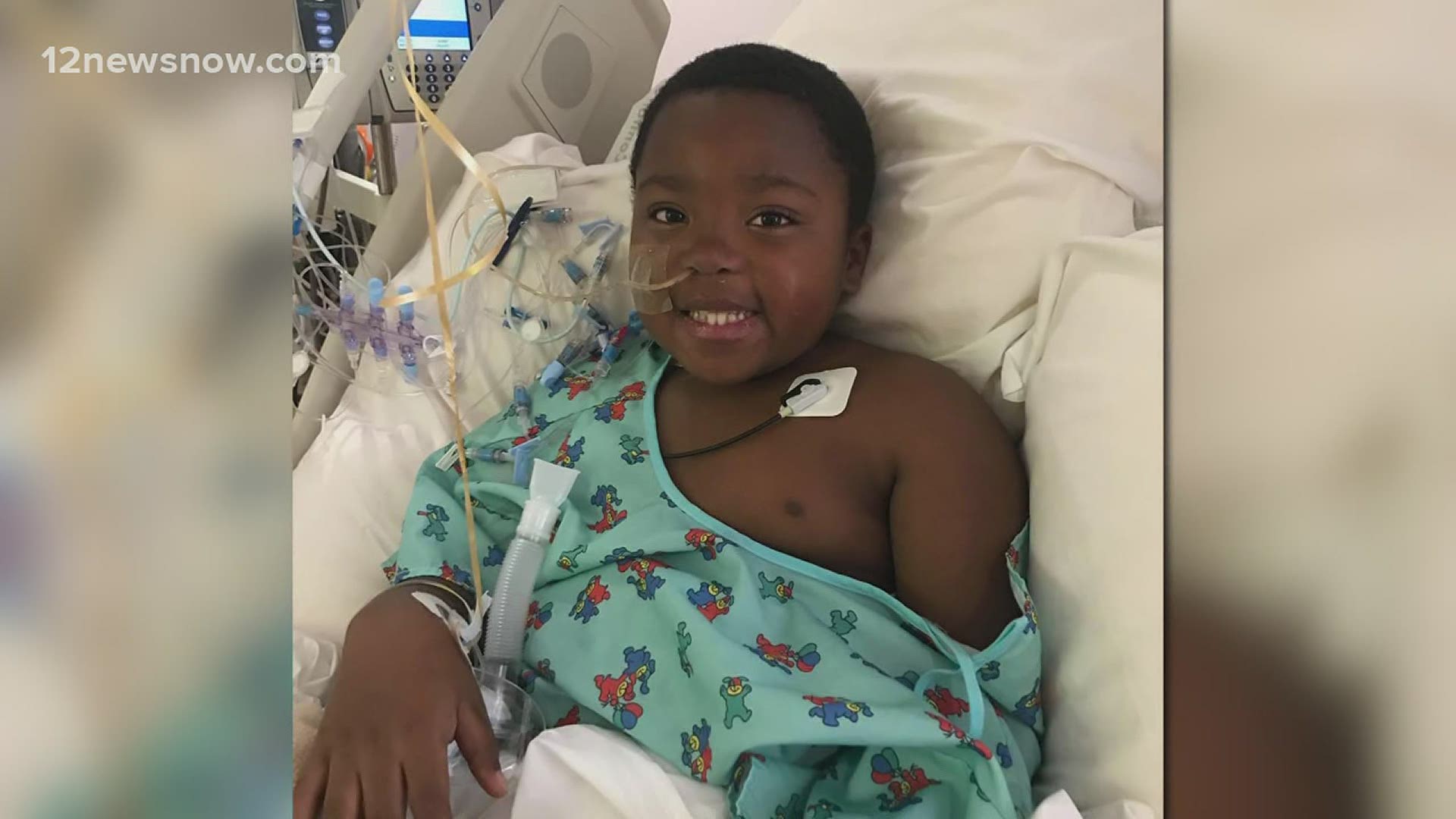 PORT ARTHUR, Texas — A Port Arthur mother is grateful as her 7-year-old son is on the road to recovery following a fight for his life.

"It was the scariest thing ever, he's never been hospitalized," Shelton said.

Earlier this month, her 7-year-old son Zabraylin Harrison tested positive for the virus.

"It really took him down quick, and I didn't know what was gonna happen next and if he was gonna make it," Shelton said.

She's used to seeing her son full of energy and putting smiles on people's faces.

He's also a star on the football field. But for 12 days, he was on a ventilator.

Zabraylin says it was a scary experience.

"So I could talk to him, but he can't respond, his eyes weren't open," Shelton said.

It hasn't been an easy journey, but Zabraylin is proving to be stronger than a virus that's already taken too many lives.

The ventilator was able to come off and soon after, so did the feeding tubes.

"He's getting better, after the 15 days he got up and started walking, then the next day he was riding a bike. He's come a long way," Shelton said.

Zabraylin is still in the hospital fighting multisystem inflammatory syndrome, a respiratory disease the CDC recognizes as a condition most common in children after fighting COVID-19 or being exposed to it.

But his family remains hopeful and looks forward to the day Zabraylin can go back to being the energetic little boy so many have come to love.

VERIFY: Is Kroger adding a "Black Lives Matter charge" to your grocery bill?

Police: Family of three hit by car in front of home in Beaumont neighborhood

When she went in for cancer treatment, her family didn't realize they wouldn't see her again