Local marathoner runs beyond obstacles to inspire others

This weekend, more than 15,000 athletes will hit the streets of Columbus running; each with their own story and goal. 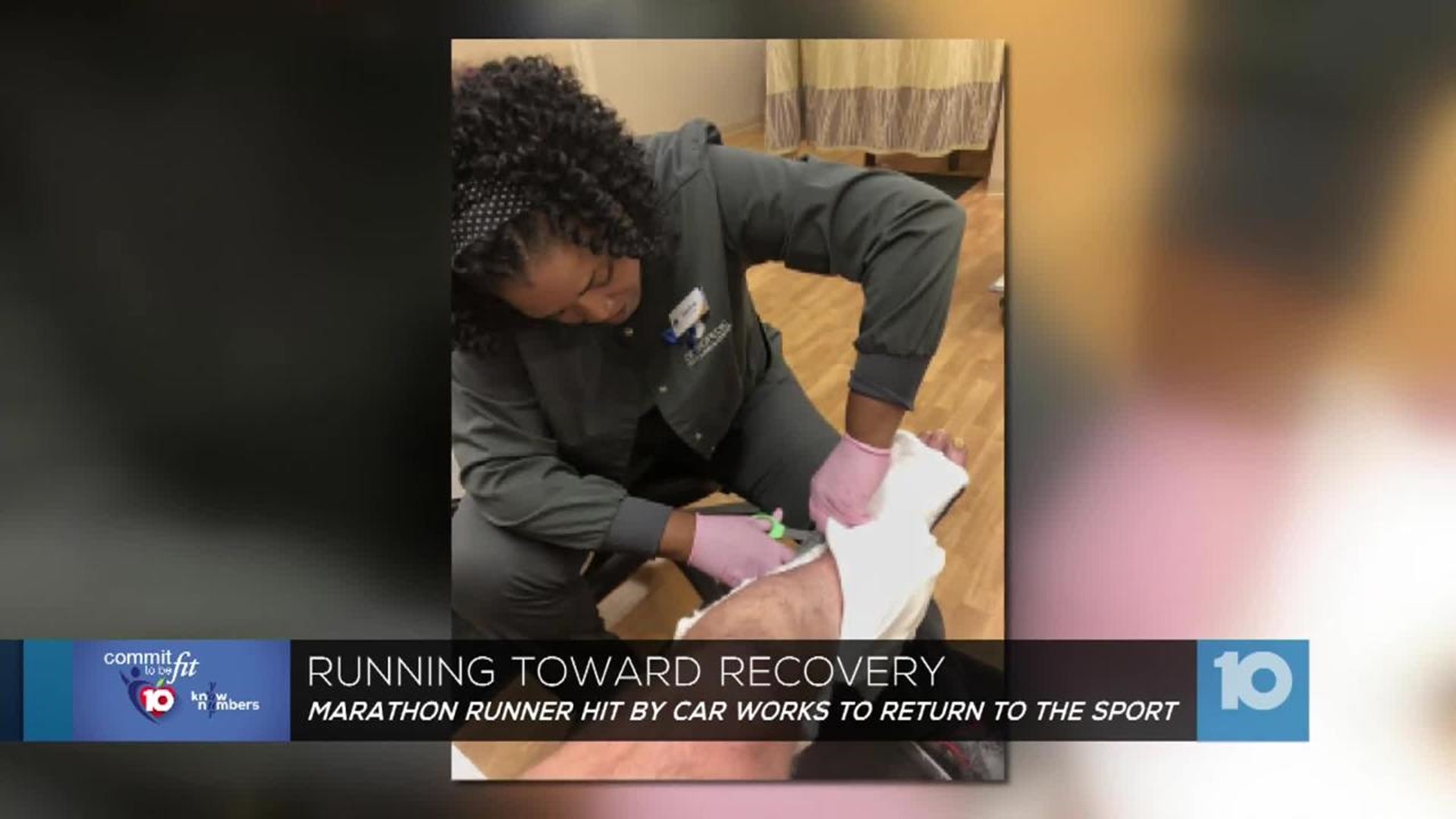 COLUMBUS, Ohio — This weekend, more than 15,000 athletes will hit the streets of Columbus running; each with their own story and goal.

10TV talked with one of this year’s award recipients about how his story took an unexpected turn.

“If you had something in your life that was kind of taken away or you just couldn’t do it as well as you once did, it’s tough,” said Dave Parsons, an avid marathoner.

Even as Parsons prepares for his 16th marathon, his fourth Nationwide Children’s Hospital Columbus Marathon, he knows what it’s like to lose something.

“All of a sudden, I see the guy in front of me just swerve a little bit and the next thing I know, I'm, ‘boom.’ You really didn't have much time to react,” Parsons said. “The car's headlights were not there anymore because I came to find out later it had hit three cars before it hit me.”

While headed to his morning run before work one February day in 2018, Parsons’ car was struck by a distracted driver on U.S. 62, east of Johnstown.

“So, right away, I knew I probably wasn’t going for a run that day,” he said.

What Parsons didn’t see right away was the reality that he wouldn’t be running the upcoming Boston Marathon as planned.

With a fractured foot, taking a break was just what the doctor ordered.

“He made the right decision to get it treated and just follow everything that we went through and all of the orders and everything. He followed it and worked very hard to get back,” said Dr. Terry Philbin, an orthopedic surgeon specializing in foot and ankle at the OhioHealth Foot and Ankle Center in Worthington.

“He followed it and worked very hard to get back, and I think a lot of it is his motivation and just following the script that we had for him to do to have a good healing of the fracture.”

Because of the fracture, Parsons watched the Boston Marathon that year as he eased his way back into training after surgery.

“I think that in a specific situation like this, it’s important that if you have to have surgery or something like that, that you communicate your goals to your surgeon,” Dr. Philbin said.

Despite the motivation to heal, the break on the sidelines wasn’t easy, Parsons said.

“As a runner, as somebody that also enjoys biking and swimming, that was really hard to be inactive that long,” he said.

Slowly, Parsons was able to participate in a half IronMan, the New York Marathon and eventually, the Boston Marathon in 2019.

But the journey was more than about healing physically.

Parsons explained there were plenty of dark days.

“You do battle that depression,” he said.

Now, helping others through their own setbacks is where Parsons’ heart is.

Learn more about the 2019 Nationwide Children’s Hospital Columbus Marathon and how to participate this weekend by clicking here.