New central Ohio workout takes yoga outside, in the air 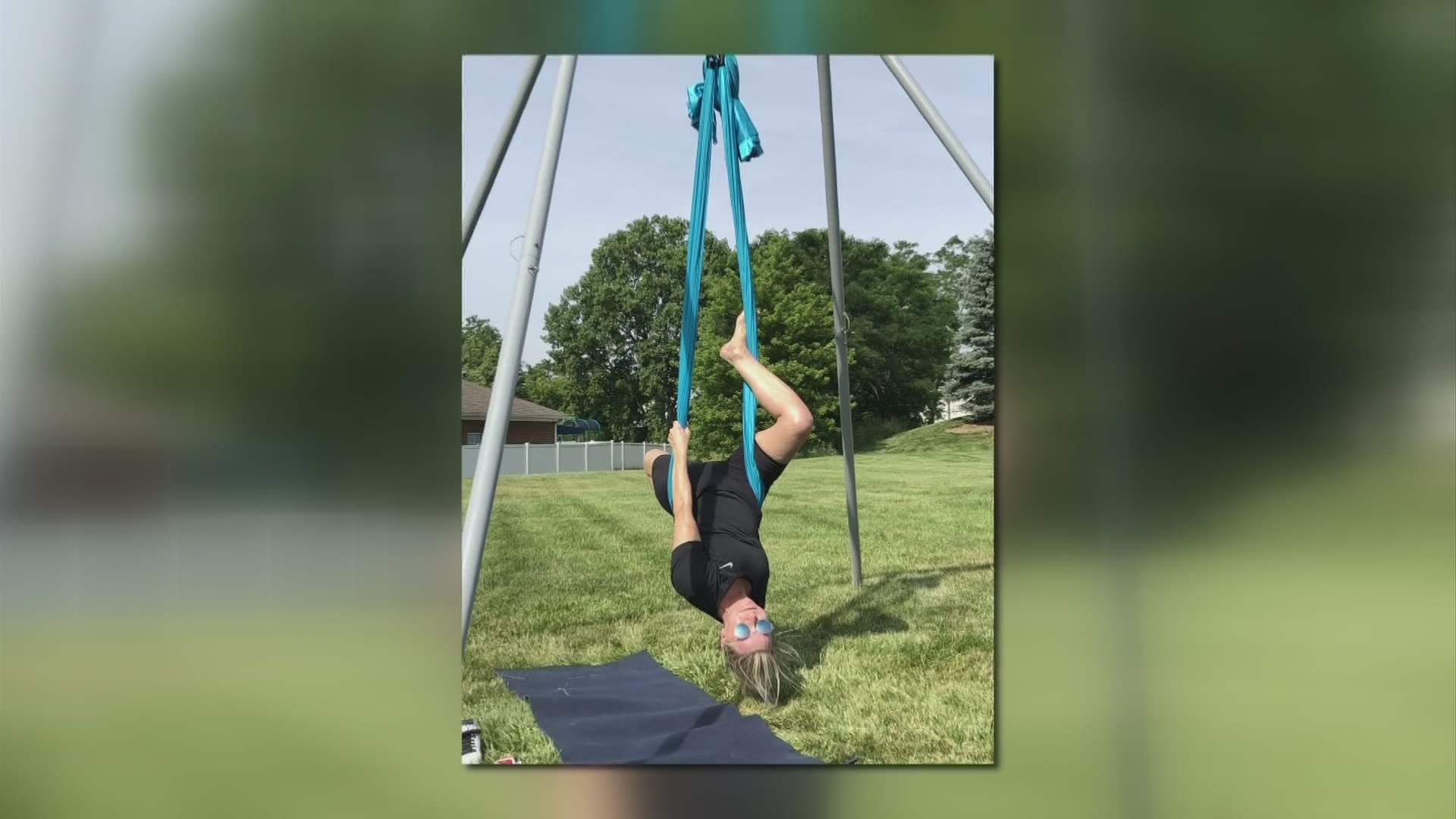 COLUMBUS, Ohio — While the weather is still favorable, many people are looking for ways to do whatever they can outside this year, including exercise.

Some are taking it a step further, by taking the practice of yoga and heading outside and in the air.

Using hammocks, yoga students are able to deepen their poses and challenge themselves in ways they may not have tried before, working both mind and body, according to Debbie Penzone, creator or L I T LIFE + Yoga.

For many people these days, it isn't enough to just be physically fit – there is a growing focus on mental health as well.

Penzone saw that focus several years back when she created L I T LIFE + Yoga, a new salon and spa concept that looks beyond beauty, to overall health and wellness.

"It was really important for me to be able to create this space that truly gave our community not just the physical benefits of exercise and yoga but truly the mental and well-being aspects that I have truly gained from yoga," she said.

And being outside, offers additional benefits, Penzone added.

"I think there's nothing more important than connecting to nature," she said. "And also in the aerial, it's a big hammock and you feel like you're being held by this hammock and totally floating in the air. It's so surreal and so comforting," she said.

While the aerial aspect of air yoga can seem intimidating to some, Penzone believes the classes are for everyone.

"The hammock is used as a prop to help support you and it's for every body to be able to use so it's a really great way to be able to invert and get those benefits of being upside down and in an inversion," she said.

The air yoga L I T LIFE + Yoga classes are held outside the Polaris Penzone Salon and Spa at 6:30 p.m. Tuesday, Wednesday and Thursday, with an additional class at 9 a.m. on Fridays.

But Penzone tells 10TV that they have safety measures in place for anyone interested in hosting a group event.

Learn more about the classes by clicking here.

Other studios around central Ohio offer their own versions of aerial yoga or aerial dance.