10TV stopped by the Grandview Heights Municipal Pool and even found one mother using one of the recalled products on her children. 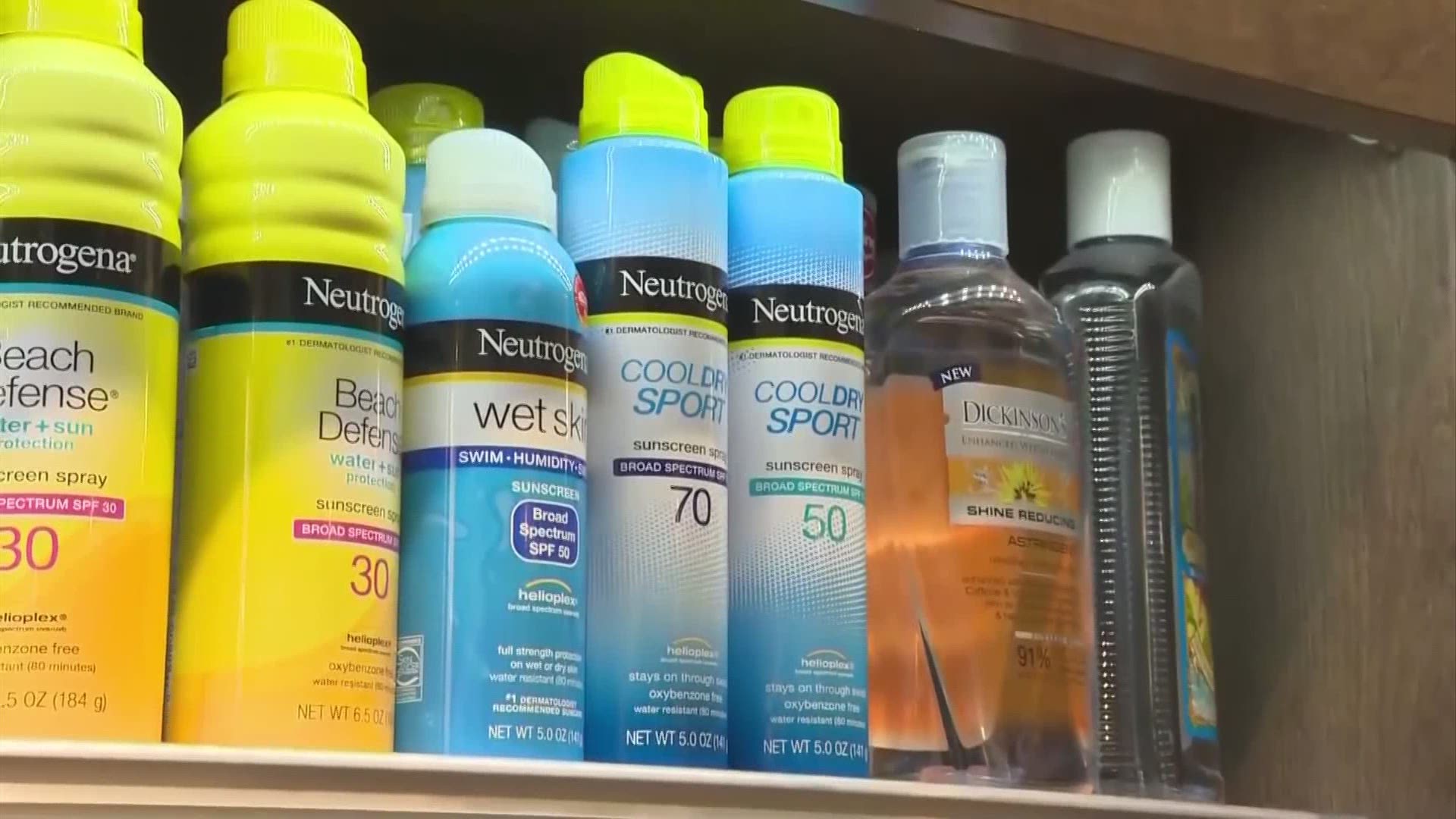 GRANDVIEW HEIGHTS, Ohio — Johnson & Johnson is recalling five sunscreen products after it was discovered that some samples contained low levels of benzene, a cancer-causing chemical.

This comes after a report from online pharmacy and lab Valisure. The company later sent a letter to the Federal Drug Administration, asking the FDA to recall the contaminated batches.

“It’s a contaminant, it shouldn’t be there,” said Dr. Susan Massick, clinical associate professor of dermatology at OSU Wexner Medical Center, of benzene. “There’s concerns that if it’s in a high enough concentration, if it’s absorbed into the bloodstream, if there’s enough exposure to it, whether it’s inhaled, ingested or absorbed into the skin, could there be a risk of some type of cancer-related ailment that occurs with these types of exposures. The idea is that you don’t need to be exposed to benzene, and it’s best to avoid it as much as possible.”

“As a whole, sunscreens are very safe, but there are certain ones, and it seems to be probably related to the aerosolization of the products, so particularly the sunscreen sprays, seem to be the ones that have the higher risk of containing this contaminant called benzene,” Dr. Massick said.

The news of the recall had not reached many of the visitors at the Grandview Heights Municipal Pool on Thursday.

10TV found one mother who was actually using one of the contaminated products on her children.

“I was pretty surprised because we just bought these maybe two or three weeks ago, and we used them when we went on vacation a week ago,” Tracie Keller said. “Who’s to say how I ever would have found out unless you walked by and saw me putting it on my kids.”

Karen Groh, who was with three of her grandchildren at the pool, had not heard of the recall either. But she found it concerning.

“Well, because of the kids,” she said. “Because we put it on them probably far more than we do ourselves.”

Both Keller and Groh seemed intent on being more mindful of the products they use in the future. But, it’s important to point out that they would never have known about the benzene contamination. It’s a chemical that should never show up in any sunscreen and would never be listed as an ingredient.

According to the Centers for Disease Control and Prevention, benzene is formed from both natural processes and human activities. Natural sources of benzene include volcanoes and forest fires. Benzene is also a natural part of crude oil, gasoline, and cigarette smoke. Benzene is widely used in the United States. It ranks in the top 20 chemicals for production volume.

Some industries use benzene to make other chemicals that are used to make plastics, resins, and nylon and synthetic fibers. Benzene is also used to make some types of lubricants, rubbers, dyes, detergents, drugs, and pesticides.

In fact, Dr. Massick points out that there is an easy way to avoid benzene and other problematic chemicals.

First, she suggests sticking with mineral-containing sunscreens, titanium dioxide and zinc oxide. And, she suggests checking this list below.