A recent report from the Centers for Disease Control shows a sharp increase in complications during childbirth. 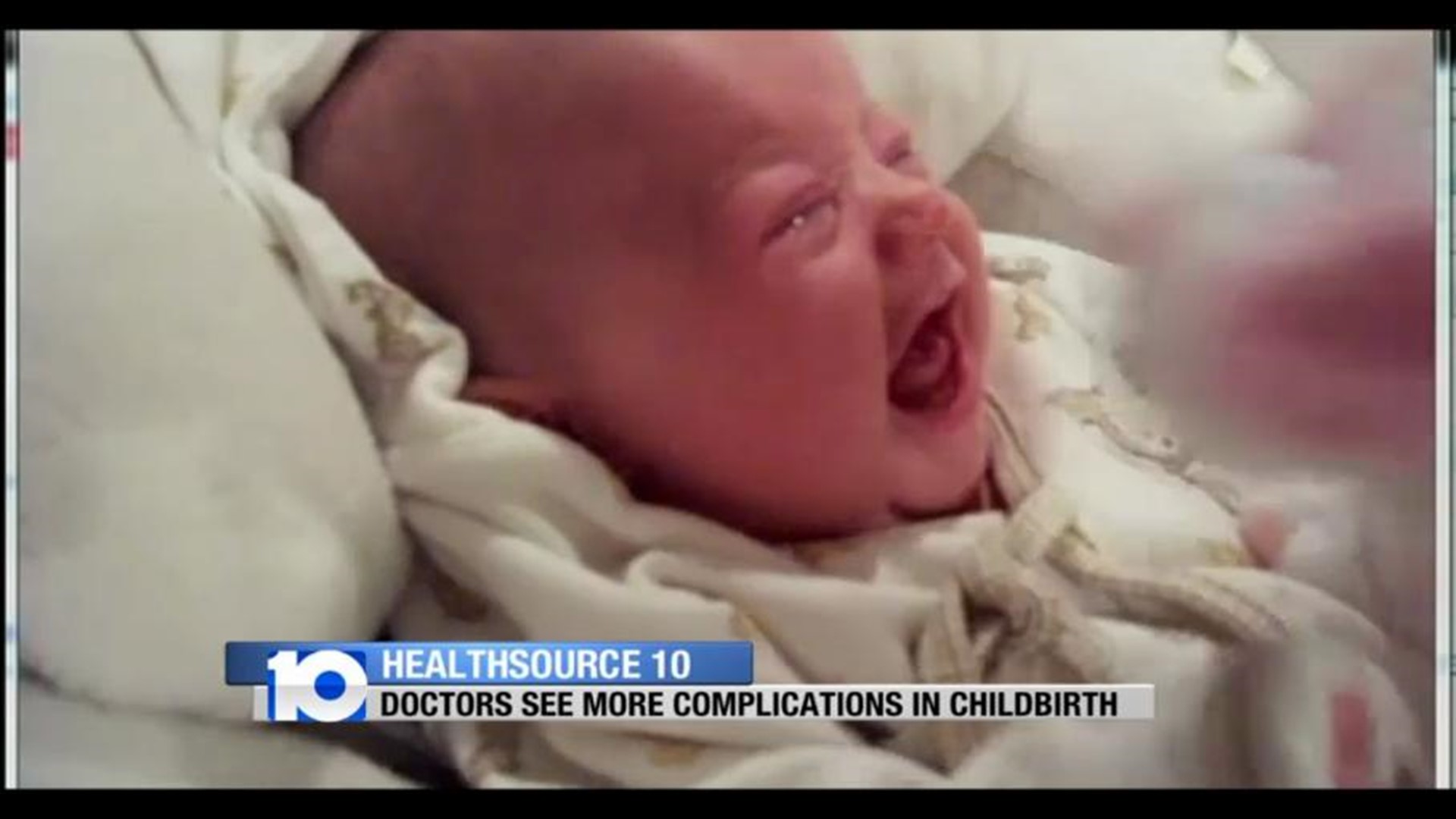 A recent report from the Centers for Disease Control shows a sharp increase in complications during childbirth.

Bexley mother, Jillian Stout Farley, knows this from personal experience. She nearly lost her life when she gave birth to her younger daughter, Spencer, five years ago.

After a normal pregnancy, Jillian was in the hospital ready to deliver when the placenta that held her unborn baby, ripped loose. It unleashed a torrent of blood.

"I did feel a pain in my side out of nowhere, and I said to my husband Ryan, 'This feels different, feels weird.' And after that, I lost consciousness," she said.

For four hours, doctors battled to save her life. They performed an emergency C-section to save Spencer, and gave Jillian 27 units of blood.

She awoke days later in the intensive care unit.

"I was in shock. I'll never forget. I wrote down on pad of paper to my husband, 'What happened?'" she said.

At Riverside Hospital, three nurses recently rushed an expectant mother on a gurney down the hall toward a delivery room,  a fourth nurse crouched beside the patient. The baby was in a breech position, and the umbilical cord was being squeezed.

One nurse reassured the patient, "We're doing everything we can. Take some nice, easy breaths. OK, she's keeping that baby's head off of the cord."

This was a drill but it looked and sounded like the real thing.

The Centers for Disease Control said problems during deliveries are increasing, up 75 percent in the decade that ended in 2009.  That's why more hospitals, including Riverside, hold drills.
Dr. Stuart Jones, Chief of Obstetrics at the hospital, said part of the problem is that more mothers are older or obese, with problems like diabetes and high blood pressure. A few women suffer cardiac arrest during childbirth, he said, or develop kidney problems later.

"Over the years, we've been worried about the baby. How do we keep the baby healthy? Now, a lot of our emphasis is on the mom," Dr. Jones said.

He said even healthy women can develop problems.

"Everything's going along fine, and then it just stops and the heart rate drops. Mom goes into cardiac arrest, and we don't expect it.  We have to be prepared for that," he added.

Minutes matters, he said, so the hospital runs monthly drills with different scenarios and the protocols to handle them. It's a tactic borrowed from the military, and one that more hospitals around the country are using.

"As you're in the heat of the moment, you don't have to think as much. You have a person doing each part for you, and taking time off the clock," Dr. Jones said.

Figures from the CDC showed that the United States has worst record for maternal deaths in the developed world, and rising rates concern doctors like Jones.

"The only way to decrease these numbers is to be prepared," he said.