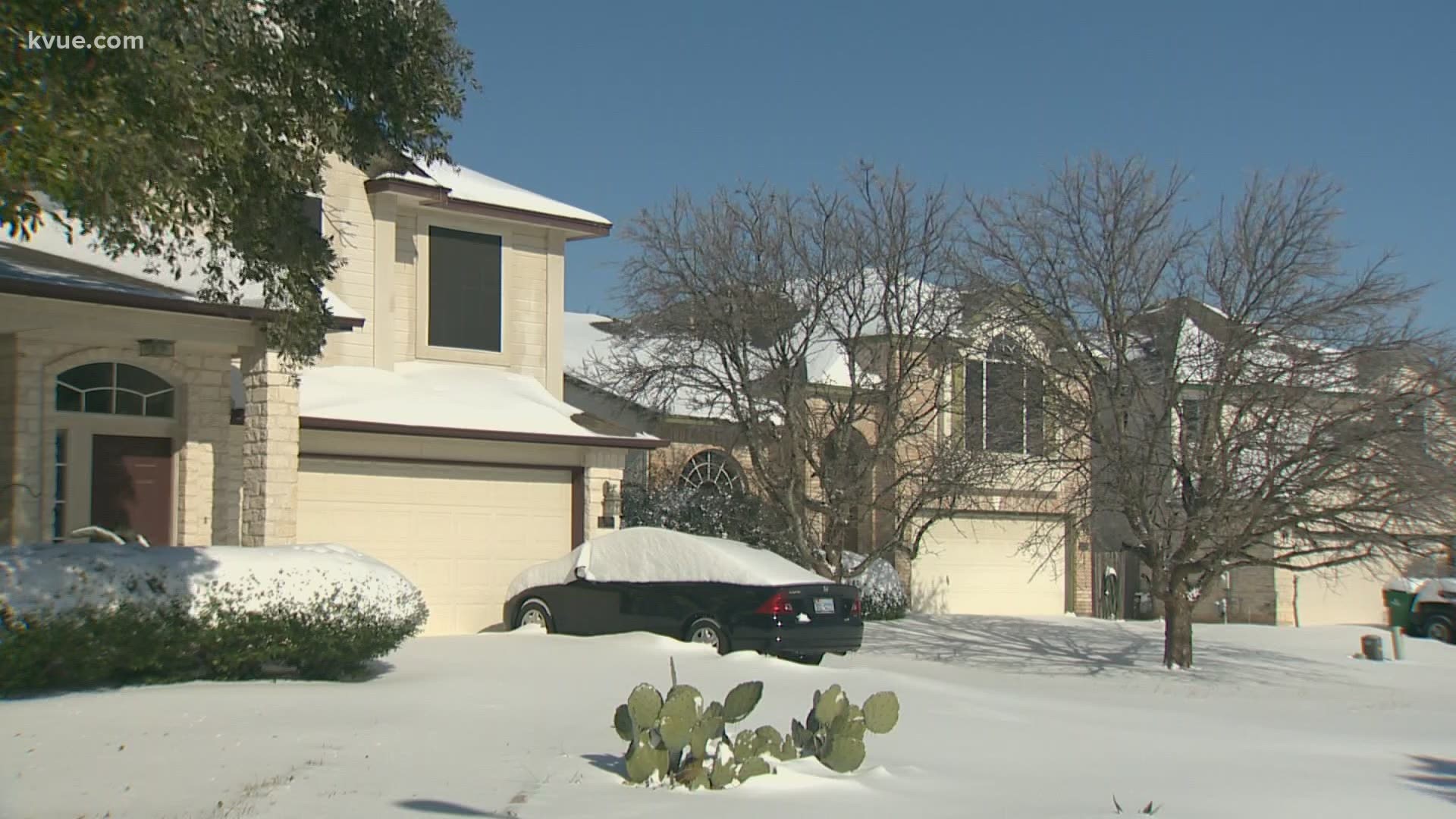 AUSTIN, Texas — As the power outages continue in Austin, families are doing all they can to stay warm. But it's leading some to resort to unsafe practices.

In Houston, carbon monoxide poisoning has already claimed two lives. A woman and an eight-year-old girl died after a car was left running in a garage. Authorities said they were trying to stay warm.

In Austin, Selena Xie, president of the Austin EMS Association, said Texans aren't used to being this cold for this long. And she had a somber prediction for Wednesday morning.

"My partner and I were talking about how we would not be surprised if in the morning, around 7, 8 a.m., that we started seeing a lot of deaths," she said.

Thousands of Austinites are waiting for the heat to return. Xie recounted one of her colleague's 911 calls.

"I know of a medic who tried to help a father and his daughter possibly go to the hospital. She had frost in her hair. It was so cold inside," Xie said.

Xie said Austin-Travis County EMS has never responded to so many calls before in the history of the agency.

"They just think I have a slight headache, but they're actually getting poisoned. So, one thing is, you know, never use the gas range or oven to heat, never burn charcoal indorse. Never used portable gas stoves and doors and never use a generator inside your house," Barker said.

Some of the symptoms include shortness of breath, weakness, dizziness, headaches, vomiting and confusion.

"So, you know, especially if somebody is already maybe elderly or confused or intoxicated, they're not going to notice that there's a problem. And so, if you fall asleep, that is typically when people pass away is from not realizing 'I have a headache' because they're sleeping. And then sometimes people just take a Tylenol and blow it off," Barker said.

But as the power outage continues, Xie said she's seeing people pushed to their limits.

"And I think the scariest thing is when people start reaching their limit about how cold they can possibly stand. I took many, many patients to the hospital yesterday just because, you know, they couldn't stand it anymore," she said.

Xie spoke to KVUE's Jenni Lee after working a 26-hour shift – two hours longer than the normal 24-hour shift. The paramedic and captain shared some of the harsh realities she witnessed.

"We have some people that are unsheltered that have frostbite, that has completely taken over their hands. Somebody said that it looks like they're wearing white gloves because their hands were swollen and had very deep, penetrating frostbite. Yeah, I could go on and on about just how medically vulnerable many of our residents are," she said. "There are a lot of people who rely on going to dialysis multiple times a week knowing that their pharmacy is open and that they can safely access them to get their medication refills. Many of our Austinites are reliant on oxygen. They're on oxygen all the time. And when their power goes out, they don't have a way to get oxygen anymore and so they have to go to the hospital. I took somebody to the hospital who was nearly dying because they did not have oxygen and our ambulance got stuck. And I took somebody else to the hospital who was on hospice. And so, we were hoping that that person could die peacefully at home, but he was not comfortable because he did not have oxygen. And so we had to take him to the hospital. And that's just not a way to live in dignity."

By the end of the day on Feb. 16, ATCEMS said it responded to 1,323 calls for service. Here were the notes provided by ATCEMS:

Today was another record breaking day, with #ATCEMSMedics & communications staff responding to 1,323 calls for service.
Austin, we know you're tired & cold, but we're almost out of the woods! Please help us help you, by staying home & staying safe! pic.twitter.com/lgdRL7XURd