The debate over gun rights versus gun control has been good for gun sales. 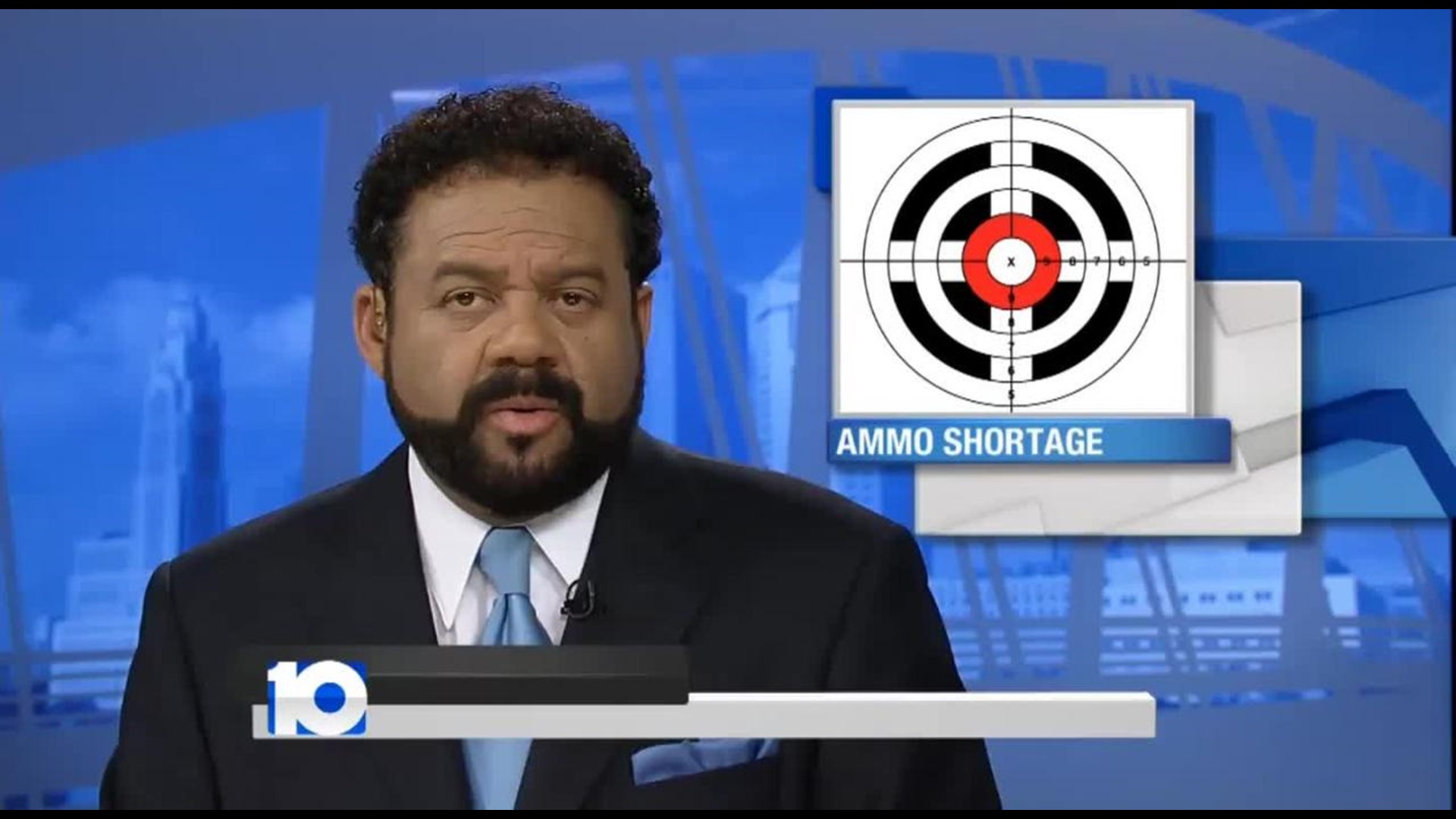 The debate over gun rights versus gun control has been good for gun sales.

So good, it's brought something else into the bull's eye -- an ammo  supply shortage.

Trigger fingers are getting a workout these days.

Gun sales nationwide are through the roof. There have been 34 months in a row of increased sales, according to industry experts.

It's causing a scarcity in some types of ammunition.

At the Aim-Hi shooting range in New Albany, shelves are normally stacked with boxes of bullets.

The store has had 25,000 rounds of .9 mm bullets on back order since February.

Because of the famine, some gun enthusiasts have taken to reloading their own spent shells.

John Thill stops in for target practice at Aim-Hi every Thursday.

He retrieves his spent cartridges and those of others who leave them on the floor.

He'll reload them in a machine that fills an empty shell with gunpowder.

It pushes a bullet onto the top and a primer on the bottom and, and a new round is born.

All the gun owner has to do is buy the parts.

Shooting reloaded ammunition is a lot like smokers who like to roll their own, when you buy in bulk, you save money. The price of reloaded ammo is half the price for factory-made.

Reloading machines can cost anywhere from a couple hundred to a couple thousand dollars.

Reloaders like to say, "Save the first bullet you make, because it'll be the most expensive.”

But with ammo prices more than doubling in some parts of the country, vendors say it doesn't take long for these machines to pay for themselves.

The folks at Aim-Hi Shooting range say they get calls at least 20 times a day about ammo.

The one in highest demand is called .22 caliber long rifle. It's said to be great for target shooting.