When it comes to catching crimes against nursing home residents, the State Attorney General said that electronic eye is invaluable. 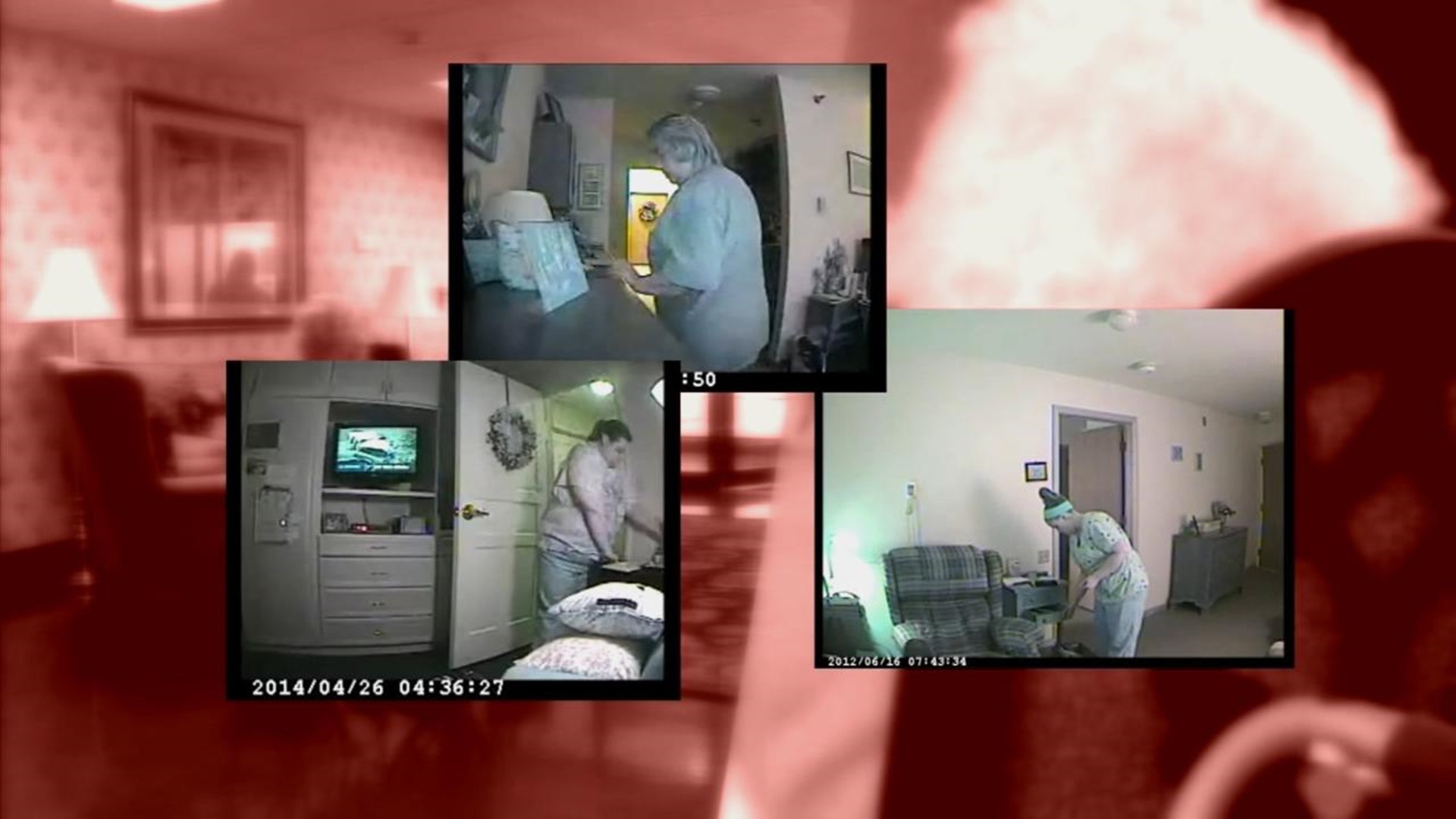 There's an old saying that the camera never blinks.

When it comes to catching crimes against nursing home residents, the State Attorney General said that electronic eye is invaluable.

Thefts from senior residents have doubled in the past two years. We took a look at some of the theft cases that have been cracked by surveillance cameras.

A hidden camera captured nursing home worker Yvonne Curry entering a resident's room at an assisted living facility center in Delaware County.  The State Attorney General’s office said she stole a Walmart gift card out of a cabinet drawer and slipped it into her pocket.

It turned out to be one of several thefts at the nursing home where Curry worked. Court records show Curry also stole Fentanyl patches and pain killer patches from residents.

“Having a camera in a nursing home can give you information, that frankly, there's no other way to get it," Attorney General Mike DeWine said.

DeWine said surveillance cameras, sometimes referred to as “granny cams” when placed in nursing homes, are an effective way of learning what's going on inside the building, when it comes to theft or abuse.  “We do it with permission of a patient, or if the patient is not capable of giving permission, then we'll get that permission from a relative,” DeWine explained.

“It's disturbing to think that the people you are trusting to care for your loved ones are instead looking for opportunities to take advantage of them,” Wendy Cochran said.   An assistant at a Zanesville nursing home stole her mother's wedding she had worn for 56 years.

Patricia Thomas is serving a 17-month prison sentence for stealing 52 pieces of jewelry from residents at that care center.

The nursing home is now under new ownership and Cochran has moved her mother to a new facility.

Bev Laubert of the Ohio Department of Aging said sometimes the thefts are for small amounts of money, but for a nursing home resident on an ultra-fixed income, it's significant.

“It might just be a couple dollars out of someone's drawer and they might not think that is meaningful, but to an individual who receives Medicaid, they get to keep $50 a month," Laubert said.

Laubert recommends families get lock boxes for valuables of loved ones living in nursing homes and keep records of what they own.

The State Attorney General said although there's nothing in the law prohibiting residents or their families from installing these cameras in their loved one's rooms, nursing homes may deny the request over privacy concerns.  “For example, if you have two people in a room, you certainly couldn't have that camera pointed so the other patient could be seen in that video,” DeWine said.

The Ohio Health Care Association said it's not against electronic monitoring as long as it's done openly and with consent from the resident being monitored, while protecting the privacy rights of other patients.   The association adds that resident's bedrooms are considered their homes and must be afforded privacy.

If you have a concern about your loved one's care and safety at an assisted living center, you can contact the State of Ohio Ombudsman or the State Attorney General's office.