On Saturday, other neighbors continued to stop by the house and look at the chalk art. Some even added onto it. 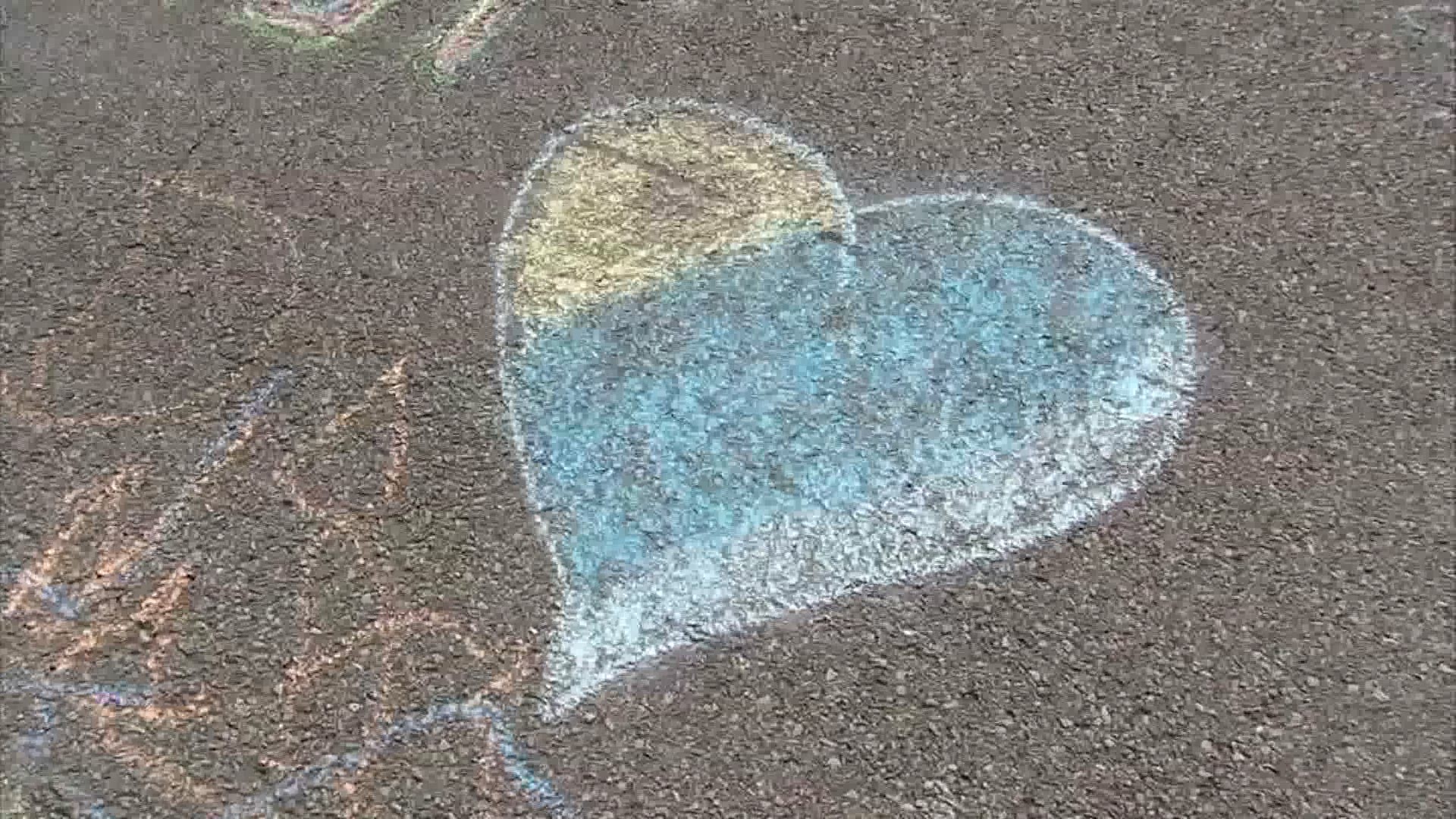 CANAL WINCHESTER, Ohio — On Wednesday, Jenna Acklin said her 9-year-old daughter Mira was drawing chalk art outside. She said her daughter wrote “Black lives matter” in front of their home in Canal Winchester.

“I wrote Black lives matter; I think black people and white people should both be treated the same,” Mira Acklin said.

“They put down the window looked out the window and said, it’s chalk,” Jenna said.

Jenna said the officer got out and talked to her neighbor. Neighbors told us they heard the officer tell Mira to keep drawing.

“He got out of the car and talked to her and said she had called and said there was vandalizing in the street and screaming,” Jenna said.

“I was scared, I was just really scared,” Mira said.

Jenna took a few videos of confrontations she had with her neighbor and her neighbor’s daughter. She said videos are getting a lot of attention online.

“My daughter was very shaken and I was angry,” Jenna said.

We knocked on the neighbor's door but did not get an answer.

On Saturday, other neighbors continued to stop by the house and look at the chalk art. Some even added onto it.

Bella and Jayden Schadle are friends with Mira and have been helping her draw.

They told us they were there with their mother when this all unfolded.

“I was feeling kind of scared, it wasn’t fair to the other people; God put us in this world to be all to all get along but some people don’t agree with that,” Schadle said.

Jenna said for her, seeing others show support and come by to draw something, it means a lot.

“I’m so glad that it has spread the way It has and I hope that people chalk their own walls and driveways,” Jenna said.

We reached out to Fairfield County Sheriff's Office and have not heard back just yet.