“Words once came easily,” Giffords said. “Today I struggle to speak, but I’ve not lost my voice.” 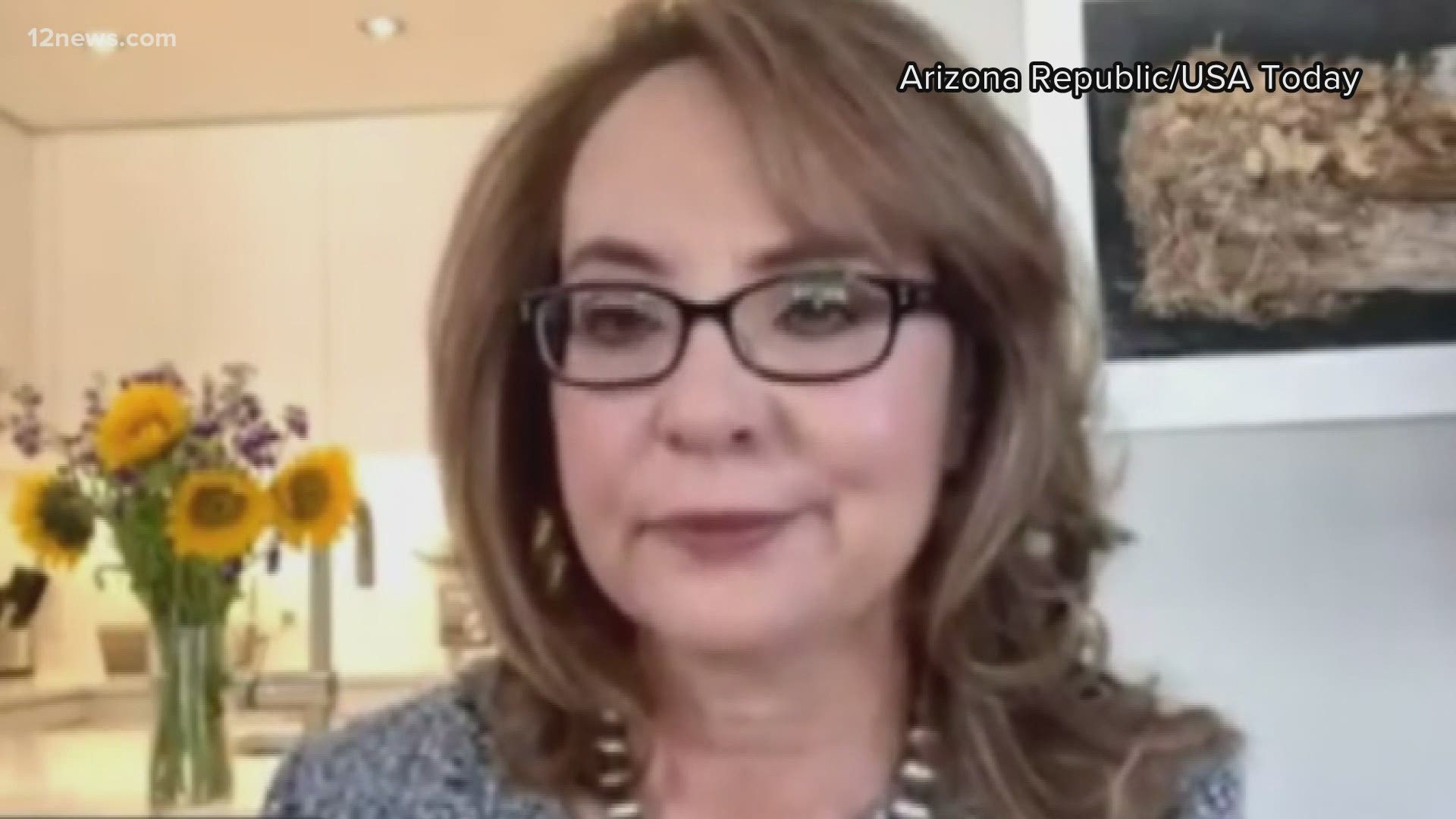 After hearing reports of gunfire, the scene became a reminder of the pain she and her family endured 10 years ago this week, when a gunman opened fire during a ‘Congress on Your Corner’ event outside a grocery store near Tucson, leaving her with lifelong injuries.

Hours after rioters stormed the U.S. Capitol in DC, in an attempt to stop the transfer of power, forcing lawmakers to hit the floor, pull on gas masks and scramble to safety, Giffords shared a message on Twitter to Kelly, the newly elected U.S. senator from Arizona.

Giffords wrote, “As I sat waiting for information about Sen. Mark Kelly’s safety today, I couldn’t stop thinking about what you must have gone through 10 years ago this week.”

As I sat waiting for information about @SenMarkKelly’s safety today, I couldn’t stop thinking about what you must have gone through 10 years ago this week. I’m so glad you and your staff are safe. I love you, sweetie.

Wednesday’s scene is a reminder of the Tucson tragedy she miraculously survived 10 years ago.

“Gabby talking about this really brought back bad memories because 10 years ago, she had been performing her duties as a Congresswoman at an event when she was shot and 13 people were injured and six were killed,” said survivor and former Giffords’ intern Daniel Hernandez, who was at her side that day. He is now a state representative for Southern Arizona.

“So, having people storming onto the floor of the U.S. House and the U.S. Senate is something that really reminds us that at any moment the lives of our public officials, the lives of those who are involved in carrying out the democratic process can be very changed in just a matter of minutes.”

Thankfully, Wednesday Kelly and other lawmakers were able to report their safety soon after the chaos erupted.

Giffords finished her tweet by writing, “I’m so glad you and your staff are safe. I love you, sweetie.”

“It’s really sad that in the 10 years since we have not gotten better and, in fact, a lot of things have gotten worse, but I’m still hopeful… to really start focusing on healing this country,” Hernandez said.

In an online event Thursday, Giffords echoed those same words. She’s not giving up on her road to recovery and ongoing message.

“Words once came easily,” Giffords said. “Today I struggle to speak, but I’ve not lost my voice.”

“I’m also in the second fight,” she added. “The fight to stop gun violence.”

Ten years ago, my life and my community changed forever. I was shot in the head, six people were killed, 12 others injured. But the attack did not break me—or the people I represented in Congress. We came together, turned pain into purpose, and found hope in each other.

10 years ago today, a man tried to assassinate my wife, @GabbyGiffords, and in the process killed 6 people and injured 12 others. This anniversary is always difficult for our family, but today's feels different after the violence on Capitol Hill this week.

Friday on the Today Show, Savannah Guthrie talks with Kelly and Giffords about the shooting that changed their lives forever.

Giffords opens up about how she has continued to find hope, and even humor in the darkest of places. You can watch that exclusive interview Friday morning on Today.