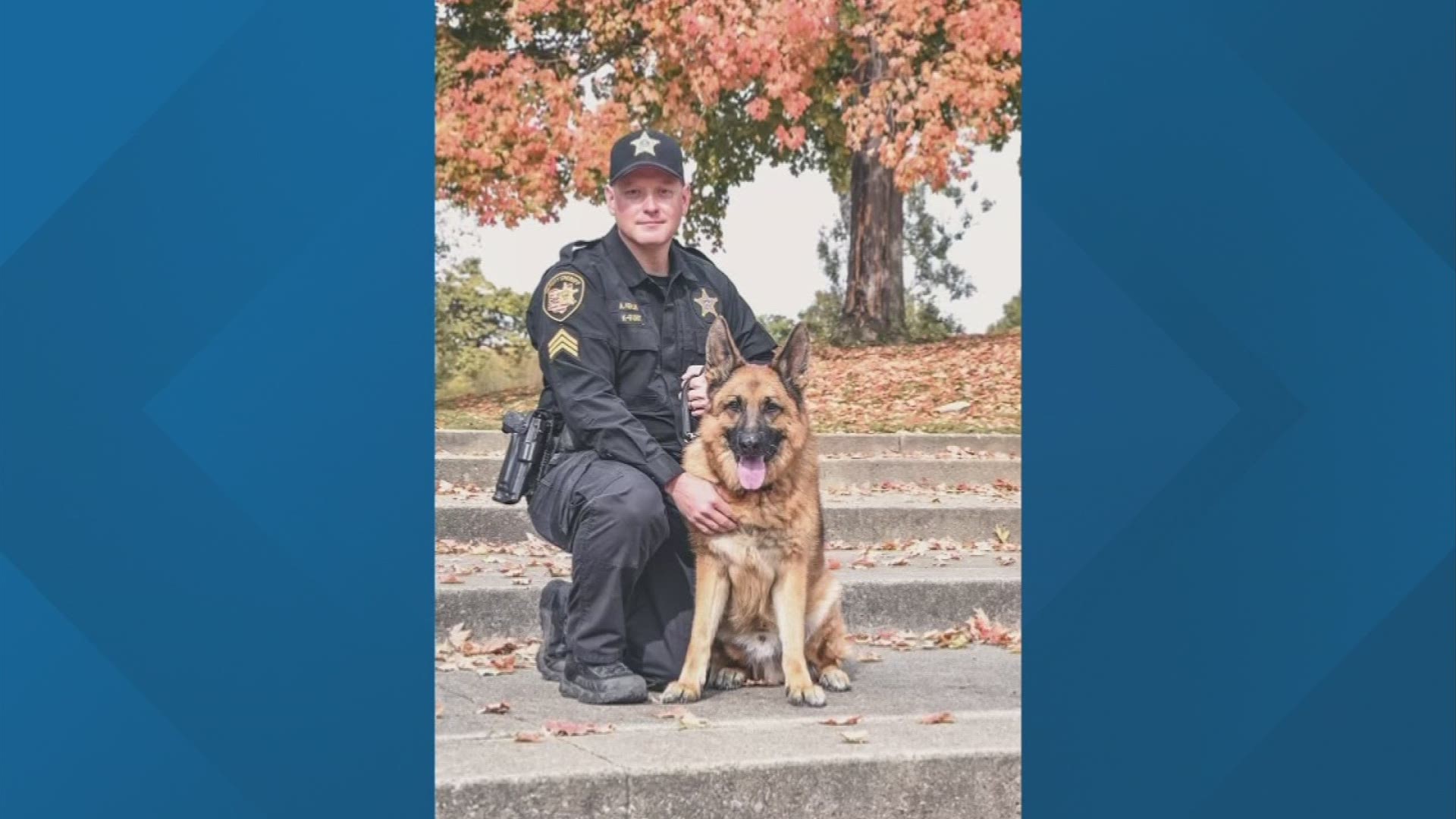 FRANKLIN COUNTY, Ohio — The Franklin County Sheriff’s Office honored the life of a loyal K-9 that passed away in April during a memorial service held Wednesday.

“Vando’s legacy will be the interactions he had with others, whether it was performing his duties as an explosive detection dog or just meeting new people in every day interactions,” it reads in a service announcement from the sheriff’s office.

Vando, who was going to retire soon, served as a dual purpose explosive detection/patrol K-9 and had worked with partner Sergeant Aaron Heflin since 2013.

According to the announcement, Vando provided security to three U.S. presidents, among other leaders, during his time with the sheriff’s office.

“Vando had a big heart and loved interacting with everyone he met,” the sheriff’s office said, thanking the K-9 for his service.