As the new Pope is promising change in the church, a former Ohio first lady is pushing for recognition of women priests. 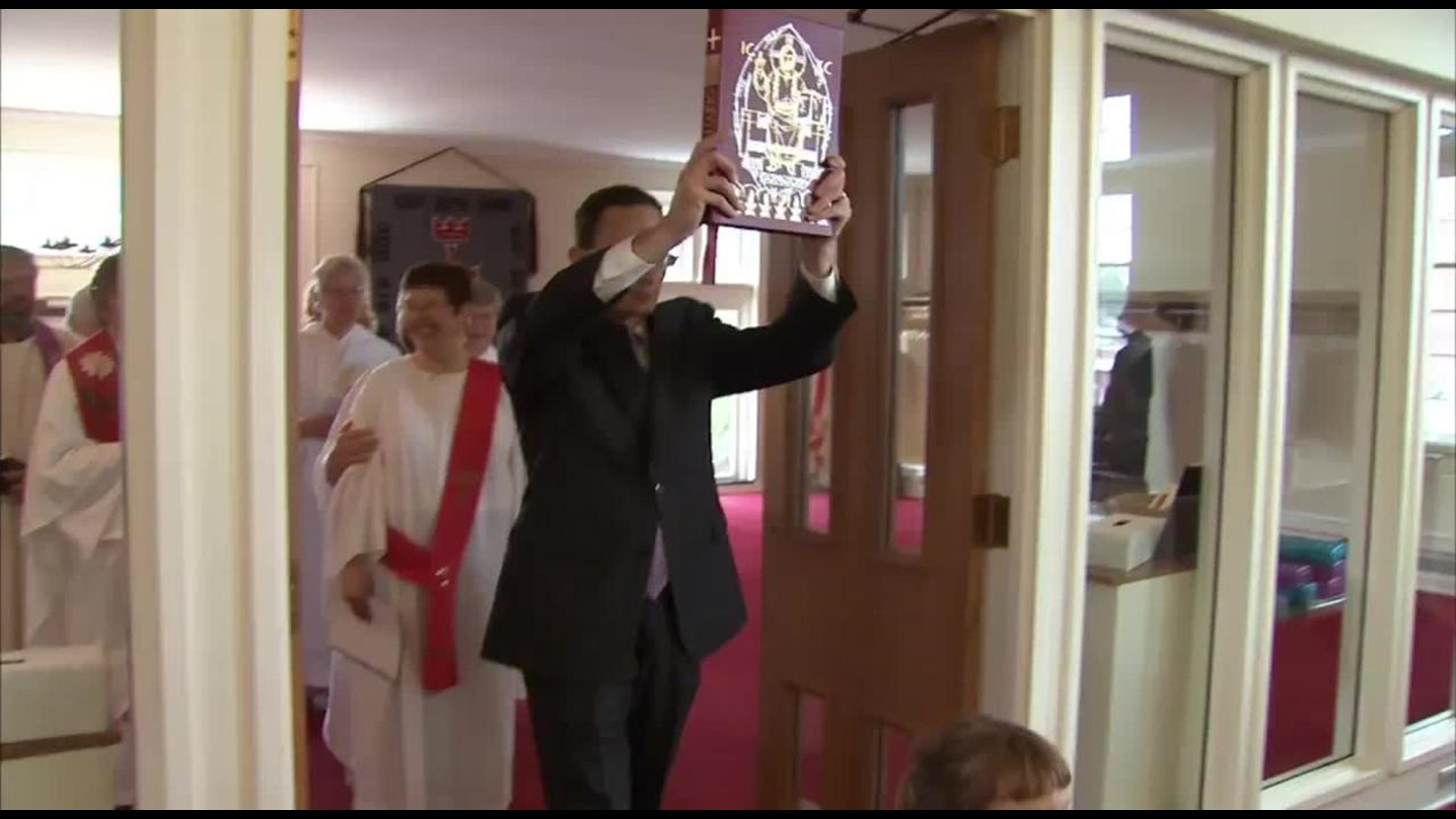 Pope Francis has said that he wants less focus on doctrine and more on inclusion.

But he's firm on keeping the priesthood all male.

In a quiet church in northern Ohio, a voice called out and a congregation replied, "Peace be with you. And also with you."

It is a part of a traditional Roman Catholic service, but the leader in this case was far from traditional.  She was a woman.

"We are here to ordain a Roman Catholic priest," she stated.

The solemn procession marched in, and among those in vestments were women.

It was something few people ever see, a woman challenging the Catholic Church by taking vows to become a preist.

Ann Klonowski had to be ordained in a Brecksville Protestant church last September.  No Catholic church would allow it.

Like all women who take these vows, Ann faced immediate excommunication.  She's the most recent American woman to push these boundaries.

The first was Dagmar Celeste.

"Dagmar, were you born a rebel?" asked Hartman.

"I don't know if I was born a rebel. I was a very nice baby," Celeste replied with a laugh.  "My mother thought I was perfect."

"Did you evolve and become a rebel?"

Dagmar Celeste's hair is now white, but she has lost none of the abrupt honesty that marked her one of the more controversial First Ladies in recent Ohio history.  She said that her title is now "Reverend" though she prefers to be called Dagmar.

She was born in Austria and educated in England. That’s where she met her American husband, Dick Celeste. They moved to Ohio, and he began a political career that took him to the state's top seat.

The morning of the Inauguration, Ohio Highway Patrol troopers had an inkling of what kind of First Lady they'd be guarding when she came back from early worship with a homeless man who reeked of alcohol.

"I walk in with this disheveled person, and the troopers immediately tried to remove him from my side and I said ‘No, just leave him and send him to the restaurant and let him order breakfast, whatever he needs and put it on the Inaugural bill,’" Dagmar recalled.

Dagmar was never one to keep quiet.

Over the years as First Lady, she spoke out for equality, rallied for peace, donated stuffed animals to a girls' prison, fought child abuse, fasted for three days to support grape workers, and spoke for AIDS patients.  She hushed a reporter during a live shot while her husband addressed the Legislature, and attended his budget meetings.

"As her husband for almost 28 years and has fathered six children with her, so I think I can speak with some reasonable authority on the matter," Gov. Dick Celeste stated.

"The Trouble Is Dagmar - That was the (Cleveland Plain Dealer) headline," Dagmar recalled. "I chose to have a political role and another First Lady might choose not to have that."

Dagmar was determined to have a voice. She never expected all the criticism, from her politics to her refusal to wear makeup, but it didn't stop her.

"God prepares you, and there's a cookie crumb trail all along," she said.

She didn't know then, but after years as First Lady and an eventual divorce, that trail of political activism would lead this mother of six to the priesthood.  It was something she prayed about.

"Being a feminist First Lady was bad enough. Now, you want me to be a feminist priest? This is a joke!" she said.

It wasn't. In 2002, in a ceremony on the Danube, she became one of the first seven women priests in the world. It made news around the globe. The women became known as the "Danube Seven." The night before, Dagmar reached out to her ex-husband.

"His response was ‘can't think of a better priest,’" she said.

These days Dagmar lives on Kelleys Island in Lake Erie in the family's old summer home, Himmelblau. It means sky blue, or in French, "Celeste.” The lake's waters lap at the edge of the spacious and heavily treed property.  She leads retreats there and says mass when people ask her.

Hartman asked, "Do you consider  yourself Catholic?"

"If a woman wants to be ordained, she should do so," she stated.

Within weeks, the "Danube Seven" were excommunicated by the Vatican.  Dagmar had used the assumed name of "Angela White" while taking her vows, so as not to disrupt her daughter's upcoming wedding mass.

"They excommunicated 'Angela White', who did not exist," she said.

"You have a genuine call, and if you do, you need to risk whatever it takes," she said, and added that she does not believe in excommunication.

Other women, too, want change, but try to do it from within. Dagmar says in church matters, you don't ask - you take.

"They're not going to be persuaded because no man gives up power voluntarily, not in the secular world and not in the religious world."

Now, Dagmar says there are around 130 women priests. She expects more will follow this path.

The new Pope has urged his flock to return to the message of love and focus on inclusion.  But so far,  there has been no budging on the issue of women priests.  Still, Dagmar is as resolute in her calling, as she was in her activism as First Lady.

"I'll just continue to do what I've always done. I have a large family, I'm political, I have friends, I have a life.  I just hope that I'll do it with a bit more power and grace."

10TV requested an interview with Bishop Campbell about women's ordination and other Church issues. So far, the station is waiting to see if his schedule will allow it.