The famous Ohio Deli burned in an early morning fire on Tuesday. Read what people are saying about the loss of the landmark. 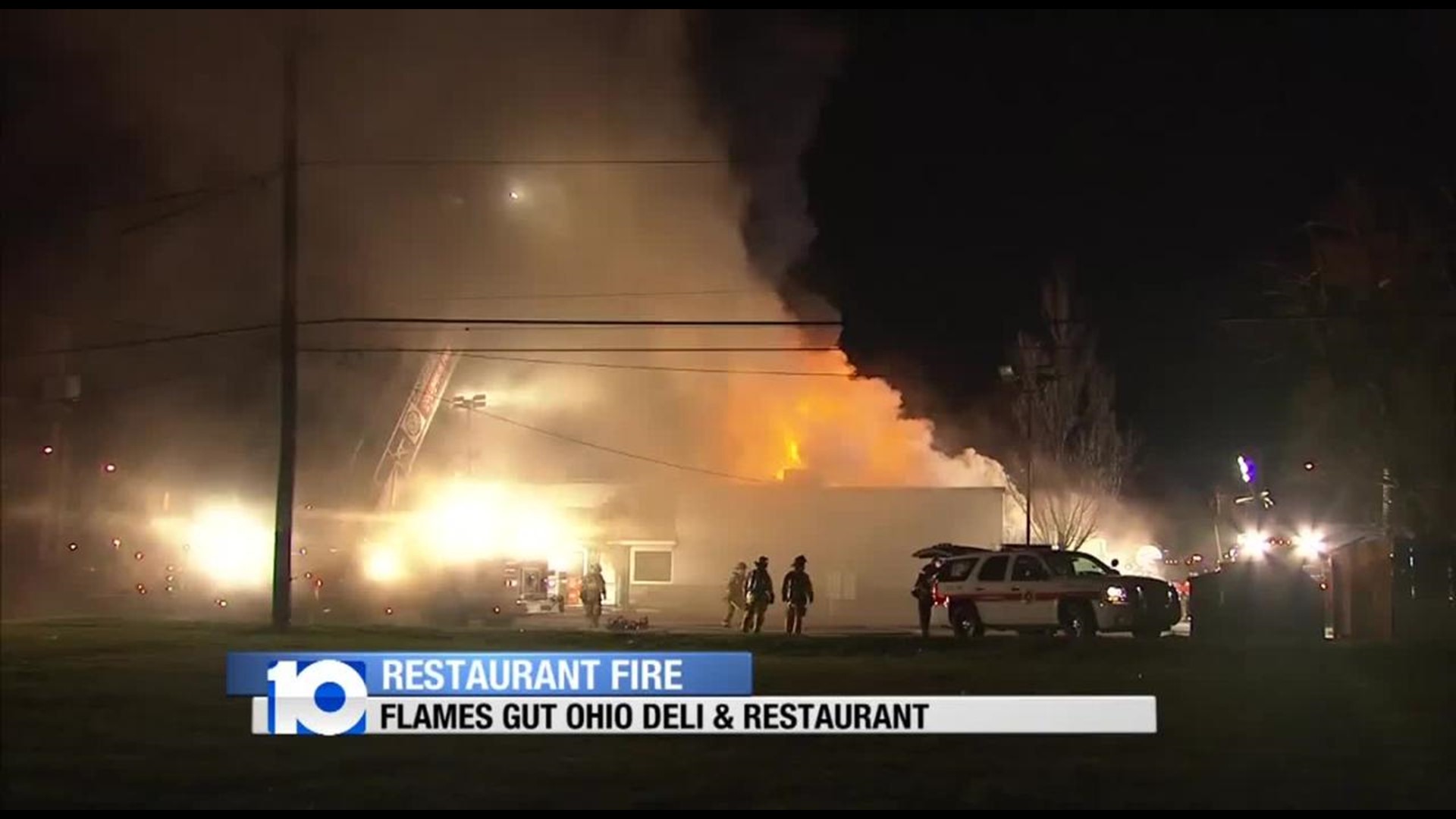 The Ohio Deli, famous for its Dagwood Sandwich Challenge, burned in an early morning fire on Tuesday.

Flames broke out just after 3 a.m. inside the South Columbus Restaurant. Smoke came billowing from the building and flames shooting from the roof.

Firefighters entered the restaurant only to evacuate immediately due to a threat of a roof collapse. No one was injured.

Neighbors stood outside to watch their favorite joint burn. Nick Szabo, a former employee and neighbor, said the fire's location looks like it began in the kitchen and then spread through the dining area. He said the deli will be a major loss for the south side of Columbus.

"It's been a south side landmark for years. Every morning before I go to work, I see quite a few cars over there," Szabo said. "It's definitely going to take a toll on the south side of Columbus."

The Ohio Deli and Restaurant is known for mountainous portions and moderate prices. Regulars say it has stood out from its competitors.

"That was more of a - I don't know - like, a hometown restaurant or something of that nature,” said Donald Parrish.

In December 2008, the Ohio Deli was featured on Travel Channel's hit show "Man vs. Food" where host Adam Richmond took on the challenge of eating its famous 2.5 pound Dagwood Sandwhich and a pound of fries. He completed the challenge. (WATCH THE CLIP)

"Yeah, you get a t-shirt and everything, it says, 'I defeated the Dagwood' and all that. So, it was really cool,” said Gene Richards.

"This place has such a loyal clientele. We've had blizzards and the mayor said don't drive there'd still be people showing up there wanting to eat," said neighbor Joe Szabo. "That's how loyal the customers are at that place. I can't believe this is happening right now. It's a shock. A total shock."

It was a place that inspired traditions.

"Me and my wife, like I said, and my daughter and her friends, we would come in here, and grab some chips and sandwiches, and sit over here at the drive-thru,” added Parrish.

"My grandmother's grave is out here at St. Josephs, and I come here this time of year, to visit her grave, and I eat here also,” said Richards.

It's going to take a while to investigate and still longer to re-build.

"We had such heavy fire damage, and with the roof collapse of the building, it's probably going to take us a few days to get able to get inside,” said Tracy Smith, CFD Battalion Chief.

But, the owners say if there’s a way to re-build, they will. The rubble still smoldering, one woman has already established a "Go Fund Me" page to help the owners and employees.

"I just see the dedication, the seven days a week that they all put in as a family, to keep it going,” said Krena Hubner, Groveport.