The family of a Columbus teenager accused of murder took the streets Friday night to show support for her. 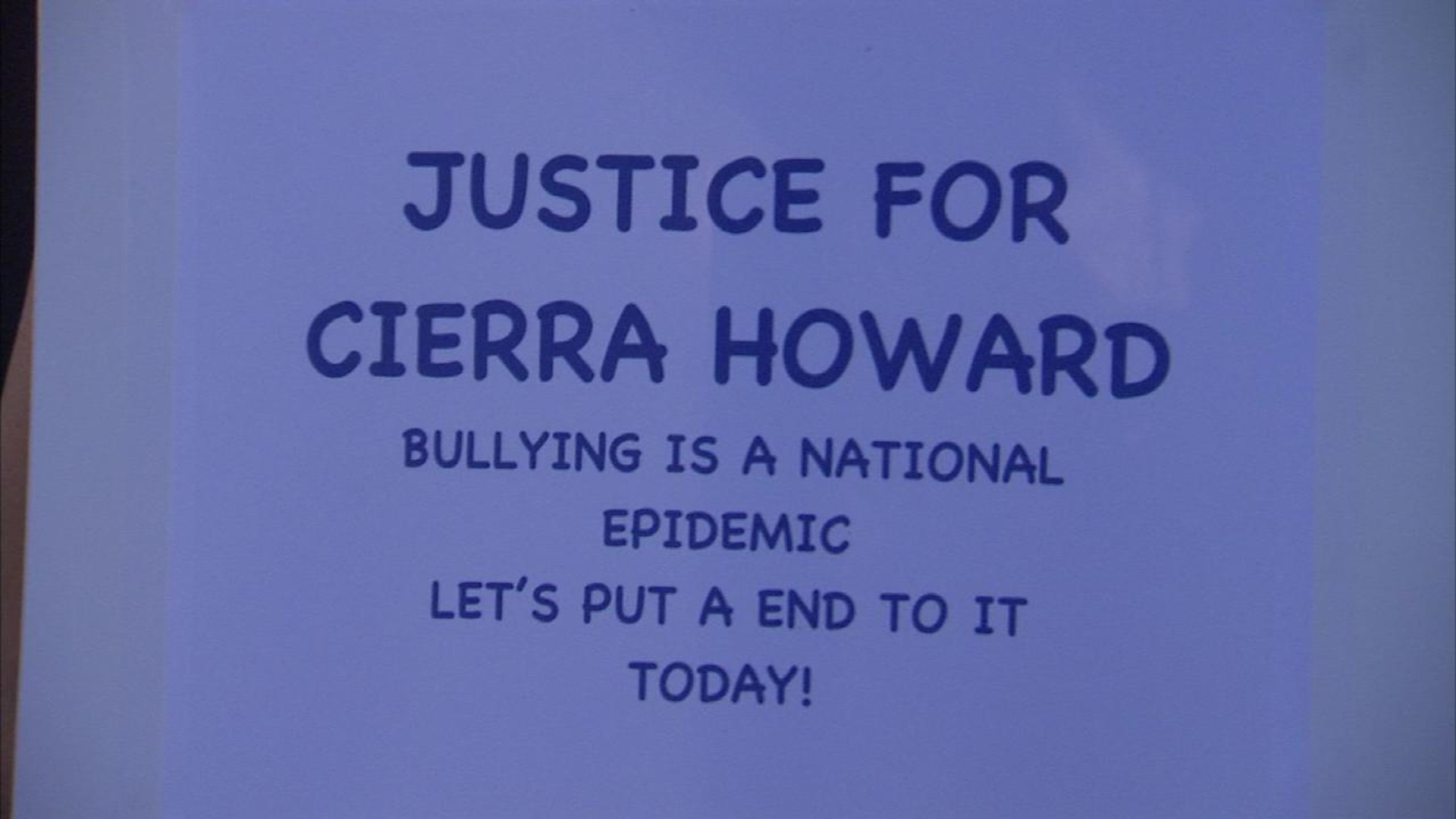 The family of a Columbus teenager accused of murder took the streets Friday night to show support for her.

Family and friends of Cierra Howard marched through her neighborhood to take a stand against bullying.

"It's a huge problem.They have to deal with this situation," said family friend Scott Curry.

Today would have been the last day of school at Walnut Ridge High School for Cierra Howard, 16, and the girl she's accused of stabbing to death, 17-year-old Jasmine Goodwin.

Cierra's mother wouldn't talk about what may have led to the fight that erupted in violence, but she calls her daughter a non-violent person.

"She had to feel she was backed up against a wall. That's all I can say. I'd say it's only human nature to defend yourself," said Cathy Howard.

While Howard's family is preparing for her legal defense, the family of Jasmine Goodwin is planning a funeral.

Goodwin's classmates held a vigil today to mourn the loss of their friend.

Some placed teddy bears in front of a posterboard taped to a car where kids could write their sympathies.

"Jasmine was so young and her life just gone away so early you know. I just had to put something together," said friend Eugene Shepherd.

Jasmine's family says she was a good girl who never got in trouble.

They say it'll take a week for all her relatives to travel to Columbus for her funeral.