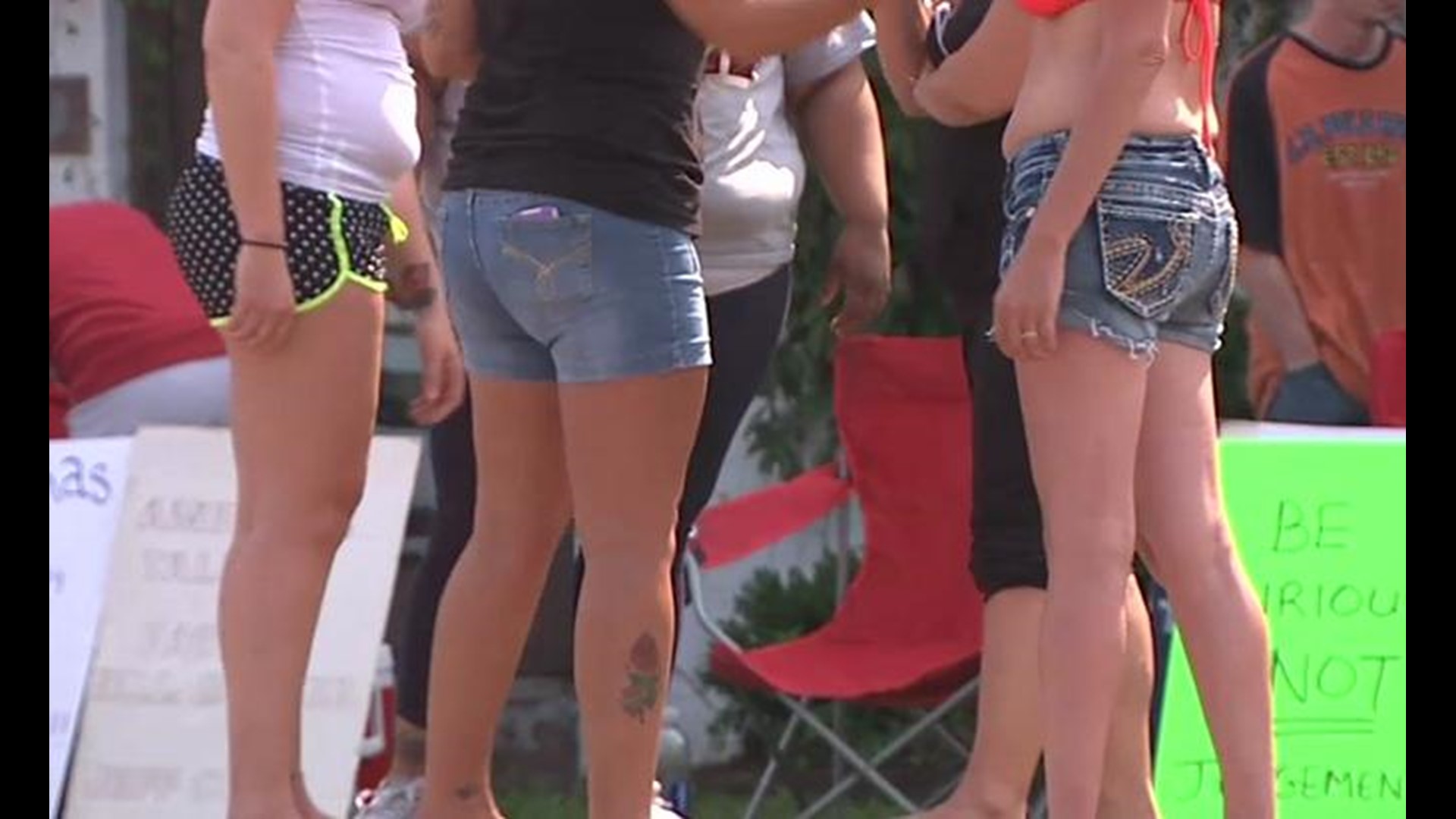 Exotic dancers from a central Ohio strip club have protested topless at a local church in a demonstration that included a few heated verbal exchanges between dancers and church members.

The Coshocton Tribune reports no major problems were reported Sunday outside the Warsaw church that the strip club's owner says has protested his business for years.

Club owner Thomas George has said church members have picketed outside his club on weeknights. The Rev. Bill Dunfee, the church's pastor, said earlier that the Sunday demonstration signaled that churchgoers' protests at the club are working.

The newspaper reports that six bare-breasted women marched from a nearby corner to the edge of the church's parking lot at one point Sunday.

Most congregation members entered and exited the church through a rear entrance.