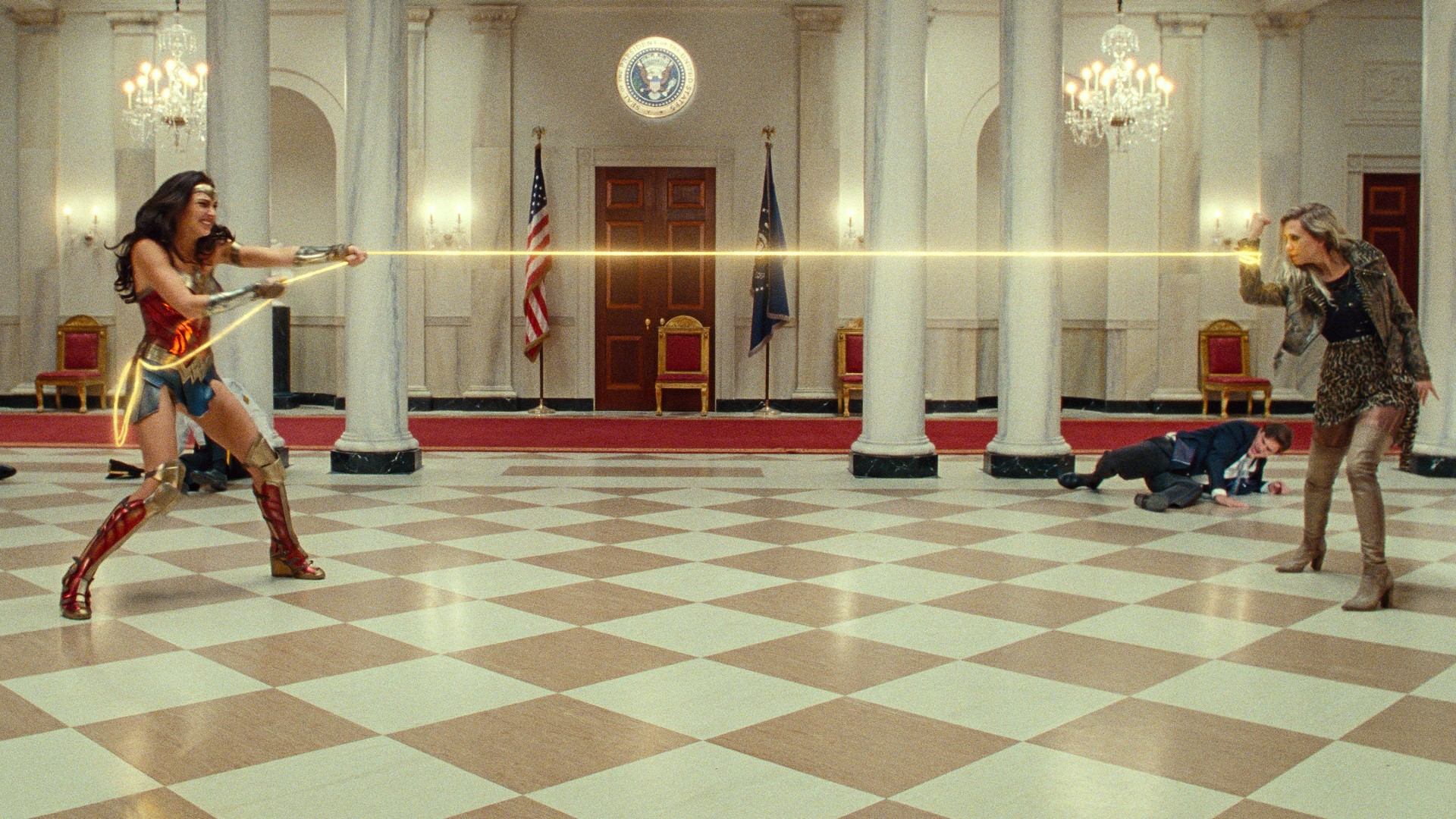 SEATTLE — Set 60 years after the first Wonder Woman film, the sequel immerses Diana - and audiences - in the nostalgia of 1984.

Entertainment reporter Kim Holcomb talked to them, and writer/director Patty Jenkins, about the new film.

HOLCOMB: "What fashion could we bring back via Steve (Travis) in 1984? Members Only jackets? Fanny packs?"

PINE: "With Members Only jackets, it's not like they've gone out of style. Whether it's your grandfather or whether it's a kid in Silver Lake wearing it ironically, it's happening somewhere. The fanny pack - yes, agreed, it probably did go out of style at one point. But I'm in Europe, I'm in London, and there are a lot of people doing the fanny pack, whether it's over the shoulder or like a Louis Vuitton thing, it's very kind of au courant."

HOLCOMB: “Perhaps you can use your platform to make it as au courant here in the United States again?”

PINE: “I plan to, amongst other things. I've got a lot of plans for 2021 and making fanny packs work is top of the list.”

HOLCOMB: "Max sort of expects people to recognize him and know who he is. What is that like for you in real life, when that happens to you?"

PASCAL: "I have come to projects, big projects that have a lot of exposure, a little on the later side. I kind of come to it fully cooked. So I'm not going to be showered when I venture out into the world to get a coffee. I look pretty crappy generally, so I think it takes people a minute. If they do recognize me, they're like, 'That guy looks like Pedro Pascal but Pedro Pascal would never dress so badly.' (laughter) Speaking of Seattle… I was shooting a movie there and the production had to send me a car to take me to the airport, and the driver thought that I was a stranger. I think he thought I was homeless. And he didn't want to roll the window down."

HOLCOMB: "Okay, I have to know - does Gal have a bad angle?"

JENKINS: "No. The only thing that Gal has is color temperature. Sometimes if people put really yellow light on her, she looks only beautiful as a normal person. (laughter.)"

HOLCOMB: "What is it like to be the person who know all the things and cannot tell anyone any of the things. Does it get awkward at a grocery store ever? What is that like in your day to day life?"

JENKINS: "It's so funny, I have gotten so used to it now, I can't talk about so much in my life for five years. It's a trip, it's a trip. It's hard. My extended family has no idea what I’m doing or what's going on. It's like being a spy."

HOLCOMB: “One thing I loved but that also blew my mind was how relevant the script feels for right now.”

PINE: "Especially after the kind of year we've had, it feels like kismet that we're finishing off the year with it. To finish this year with something like this feels very special, and very hopeful."

HOLCOMB: "I couldn't agree more, so here's to 2021 feeling more like the end of the film more than the middle.”