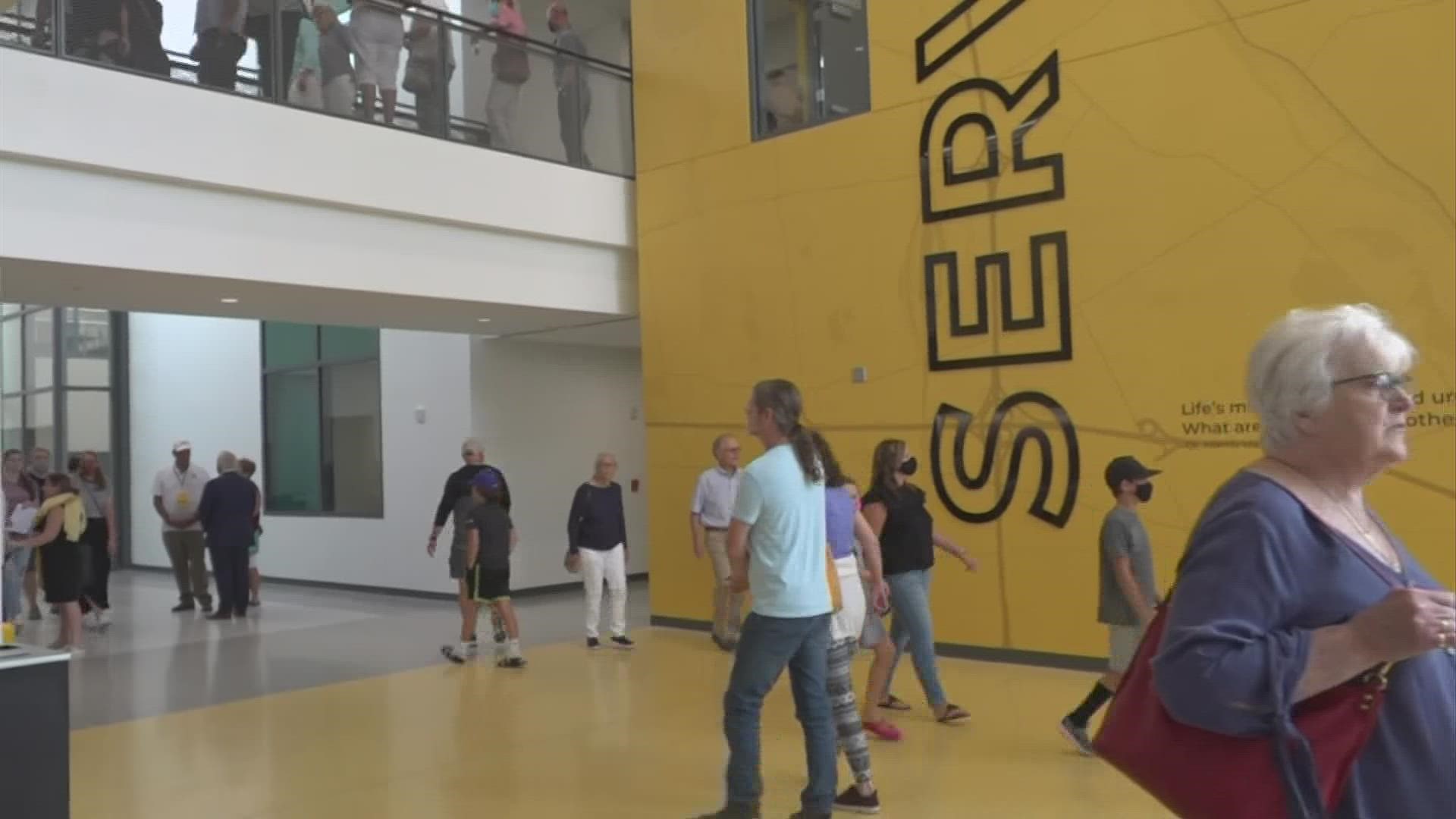 "Thousands and thousands of people have been coming through our buildings,” said Paul Imhoff, Superintendent of Upper Arlington Schools.

The new Upper Arlington High School was showcased Sunday during a grand opening ceremony. The district will open a total of six new schools this year.

"We did not want to build a brand new 1950's high school. We actually wanted to build something that was ready for the next 60 years,” Imhoff said.

Imhoff told 10TV he's excited most about the learning spaces at the Upper Arlington High School. The new school has state of the art classrooms, science rooms with natural light, and rooms clustered with open common areas to encourage learning.

"It's just crazy. It's obviously very different than any other school that I’ve seen,” said Liam Zieg. Sadly, Zieg and his friend Danielle Grim won’t be attending high school next year. The two graduated from the Upper Arlington district this year, but they’re excited for their peers' new experience with learning.

“It's like really open, like everything, there's lots of windows. It's not the textbook school and I feel like everyone will be able to socialize easier,” Grim said.

The high school will open to each grade level this week for orientations. On Wednesday, seniors will get their first walk through of the school. Juniors and sophomores will have their orientation on Thursday and Friday is for the freshmen.