College football is moving forward this fall, and so is another form of competition that's been online the entire time. 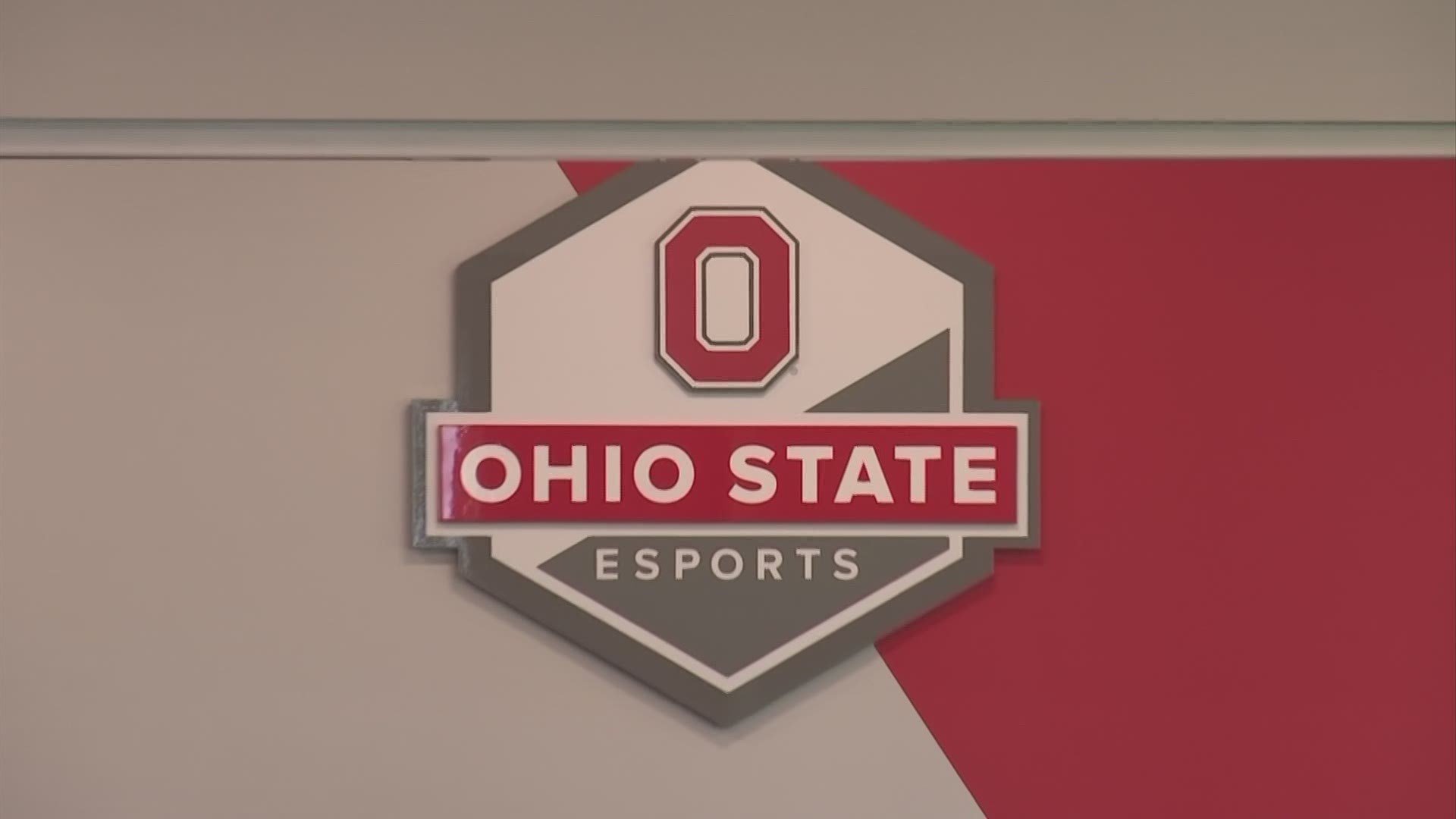 COLUMBUS, Ohio — All collegiate sports and activities have been affected, in one way or another, by the pandemic. College football is moving forward this fall, and so is another form of competition that's been online the entire time.

Playing video games has certainly become a popular activity during the pandemic. Students in The Ohio State University's new esports program are playing competitively. "This is the first full year that we've had premier teams," says Calvin Chandler, team manager of OSU's "League of Legends" team. They're gearing up for their first tournament as an official collegiate esports team.

Ohio State's new esports arena just opened last year. "There have been some schools playing collegiate esports for five-plus years, as teams," says esports director Brandon Smith. "Ohio State just started this past Spring." OSU's inaugural season was cut short by the pandemic, when the arena was shut down back in March. "It really only had about five plus months of operation before students went home for this year's spring break, and then didn't come back to campus," says esports director Brandon Smith. "Even though we got started and we can still continue virtually, it has been a challenge to do collegiate esports."

"Most collegiate programs don't do in-person practices, the're all online," says Chandler, adding that being able to come together as a team adds to the spirit of competition.

Professional esports has become big business, with millions of people watching competitions on streaming services like Twitch or YouTube live. Tournaments also attract thousands of fans to larger esports arenas. "Where esports got big in the last five or so years," says Smith, "is people finally started to notice big arena events. You could fill a 20-thousand person arena for a League of Legends final." "That is obviously something that doesn't happen right now," he adds.

Ohio State's esports arena doesn't seat thousands, but it still gives fans the opportunity to watch the teams compete. "Ohio State's esports arena is actually more of an open facility," explains Smith. "Premier players actually sit in a glass-walled room, so as they are competing, if there's students in there, they can see them competing and also watch it streaming on the television in the space." Smith adds that part of the allure of esports is the interactivity. "People are posting comments," he explains. "It's much more dynamic, so fans can be a part of that a little bit more than traditional athletics."

Adapting during the pandemic was relatively easy for the teams. "It hasn't been too hard to transition," says Chandler, "because everyone's more or less used to an online schedule."

While the teams wait for restrictions to ease on attending in-person events, the esports teams at OSU are making the best of it. "Our model right now is that we'll practice, we'll compete, with the students from their homes," says Smith. They're also hoping that esports will become more popular this year, because of the pandemic. "There's a lot of gaming going on in general," says Smith. "A lot of casual, and intramural esports types of opportunities happening, and then on the competitive side, we hope to give our students something else that they can rally behind."

For more information on the esports program at The Ohio State University, click here.