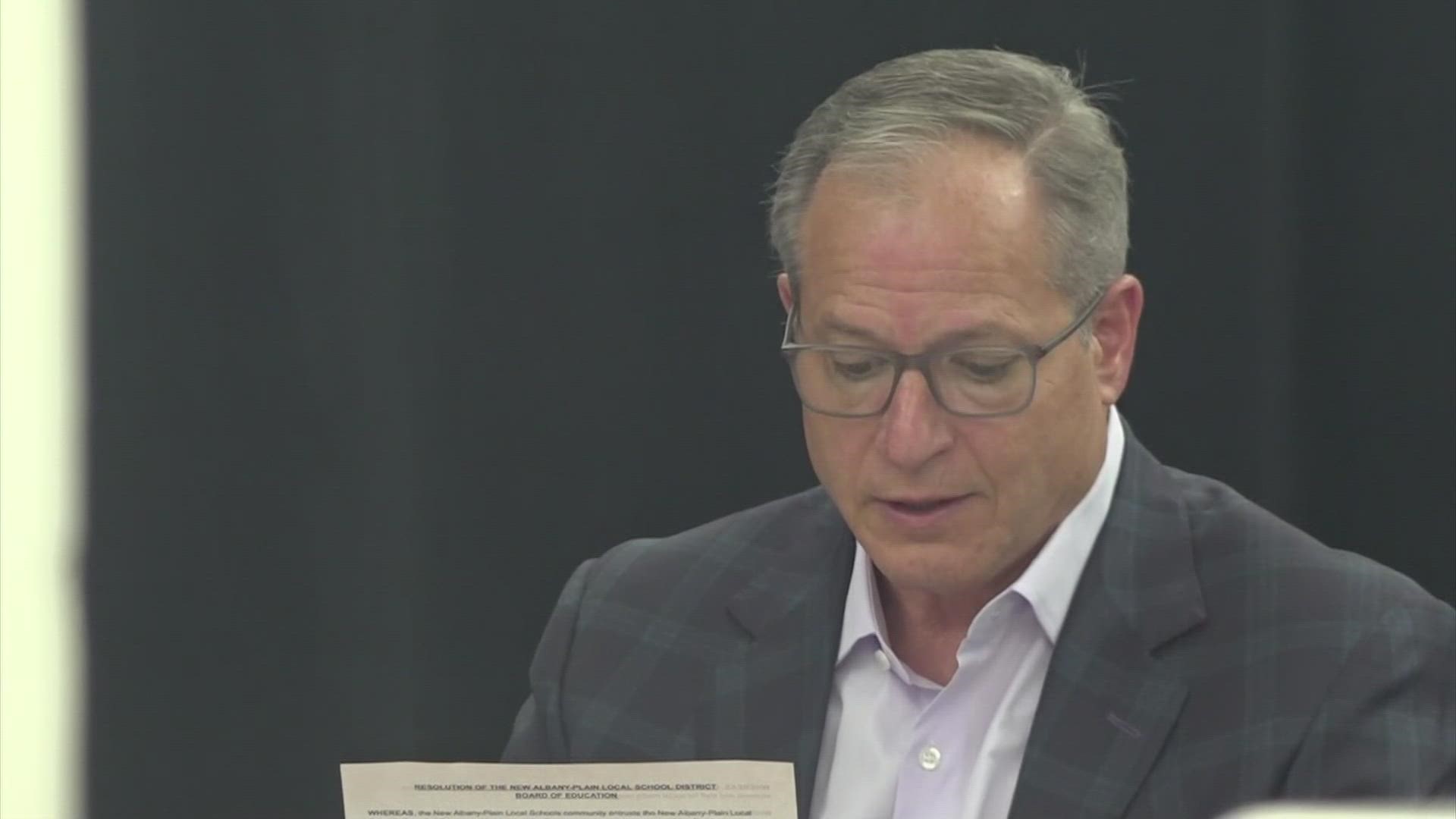 NEW ALBANY, Ohio — The New Albany-Plain Local School board unanimously passed a resolution to censure a board member following a controversial tweet made last month.

On Aug. 15, Phillip Derrow tweeted a comparison to the government forcing schools to mandate masks for children to that of the Holocaust:

“And if we are to truly learn from our mistakes these past 18 months Just as Jews after the horrors of the Holocaust We must declare, and implement laws to assure “Never Again.”

What 'censure' means is the board passed a resolution to say they formally disagree with his post.

Derrow is still on the board and he did issue a formal apology at Thursday night's nearly four-hour-long meeting.

Before Thursday's meeting, several parents called for Derrow to resign.

“I don't think an apology is enough and I have requested that he resign,” Sarah Higgiston, a New Albany parent said on Thursday.

During the same meeting, the board also passed a mask mandate for preschool through sixth-grade students, which starts Sept. 8 and ends Sept. 27.