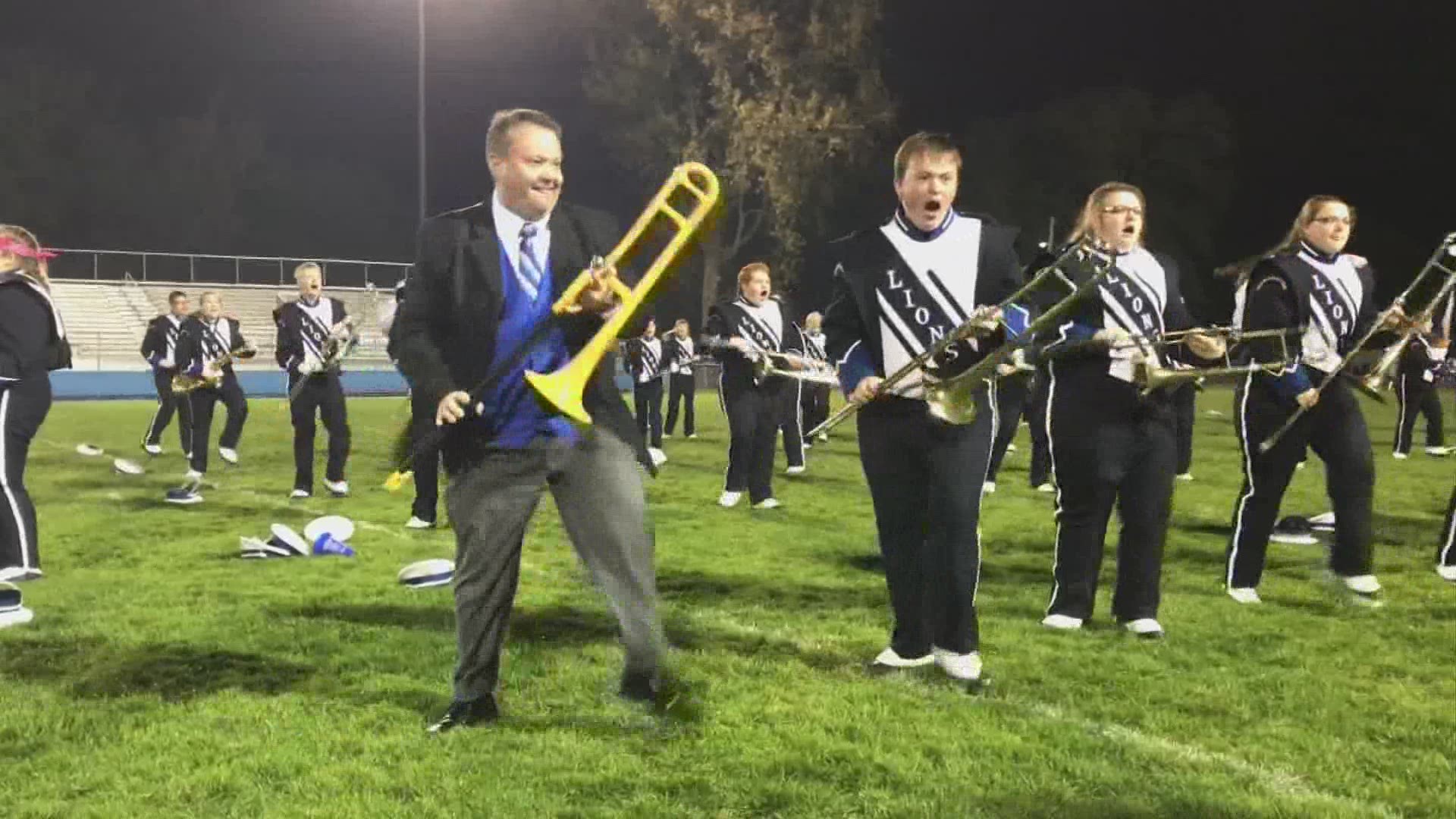 COLUMBUS, Ohio — If he’s not in a suit and tie, Matt Stanley is likely rocking a Hawaiian shirt.

One former student estimates the Washington High School director of bands has a different one for every day of the year.

But that is just one of the many, many fond memories Tyler Phillips has of his former band director.

“He has a very unique way to impact kids in helping them sort out their feelings through music,” Phillips said.

Phillips was in Stanley’s band more than a decade ago, and he said it was a refuge from bullying for him.

“When I got to band, I just knew that was my safe place and my comfort, and just seeing him, and having his influence in my life, helped me to see that there’s a lot more in the world than just a bully,” he said.

That’s just one reason he wanted to nominate Stanley as a Classroom Hero. He knows how much of a difference music can make in a young person’s life.

“He doesn’t look at his students as students,” Phillips said. “They’re his kids. In a lot of ways, he loves them like his kids. He doesn’t approach it as a teacher. He definitely approaches this as a parent and making sure that we thrive and succeed in his classes.”

And Stanley has helped hundreds of students find success during the 26 years he has worked in the Washington Court House City Schools.

“It’s really a compliment for students to come back years later and say, this was a memorable time in my life, and you were a part of that,” he said.

Stanley started in band back in the fifth grade, eventually trading the clarinet for the trombone once he got to high school. After that, he decided to pursue music education at Ohio University.

Of course, he never looked back. And his path was no doubt the right one. He helped to grow the marching band from an original 28 students to a high of 185 roughly 10 years ago. For the past 15 or 16 years, the band has topped 100 members each year.

“When they graduate from high school when they leave my band program, I hope they’ve had fun,” Stanley said. “I hope they’ve learned how to master their instrument. I hope that they’ve enjoyed their time making music in my classroom.”