Classroom Hero: Trevitt Elementary’s Larry Carey wants to be a role model for his students 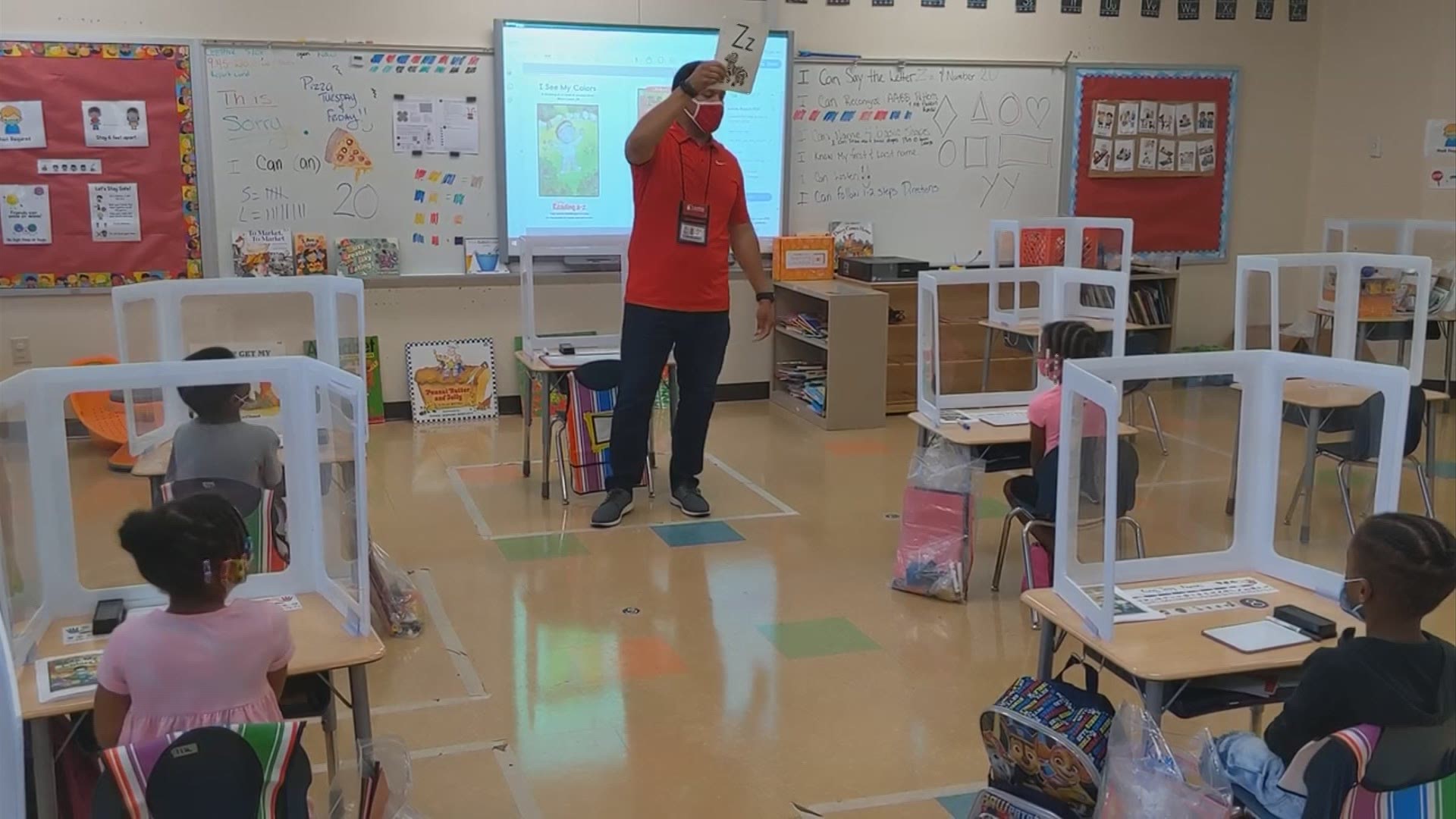 He’s been known to stop along a park trail and make a recording for his students. In fact, he’s found videos have been a helpful way to get his young students at Trevitt Elementary through the pandemic.

“I love the fact that, when our kids come in, they come in, and they really don’t know too much or they’re crying, you might see a little snot, you might get some on your pants, but then, by the time they leave, they know everything,” he said. “I actually get to see them develop, see them, kind of mold them into getting ready to start kindergarten, getting ready for their school journey.”

But molding young minds wasn’t always in the cards for Carey. Prior to his career in education, he worked at FedEx. And he had plans to move out of state before his daughter was born. He ended up staying in Ohio and working as a substitute teacher. Before long, he had earned his certificate. And now, he’s been teaching at Trevitt for the past five years.

“I’m an educator, one, because I want to spark the minds of our children,” he said. “I want them to know that they can become anything they want if they put their mind to it. Education is the key. And I also want to be that model. I want to be that role model for them. When I walk in that door, they see me, they see somebody that looks like them. They see a male, they see a positive version of themselves or a positive version of a person. That’s why I’m here, to make sure that they grow, to make sure that they, they’re our future. Without them, we don’t have a future. So that’s why I’m here.”

That dedication shines through and definitely caught the attention of Amy Davison, who teaches 5th grade at John Burroughs Elementary. That’s why she decided to nominate him as a Classroom Hero.

“Larry is not a teacher; he is an educator, and there’s a huge difference because teachers just teach, and they go home, and that’s the end,” Davison said. “He is an educator in that he totally pours his whole self into his career, into the community, even into the state and national levels, so he is someone you cannot stop from achieving things. He’s 110 percent invested in his career, in his class, in his families, in his community.”

Davison and Carey have worked together as members of the Columbus Education Association and with Carey’s book projects.

“He’s one of those educators where, I think, once you get in that room, it’s just, it’s contagious, and the kids adore him,” she said. “He’s one of those standouts, and I hope as many people in the Columbus community get to have him as an educator for their child as possible.”

Carey was appreciative of the honor, but he was quick to point out that he did not join the teaching profession for the recognition.