Classroom Hero: North Union’s Brooke Phipps cares for students as if they were her own 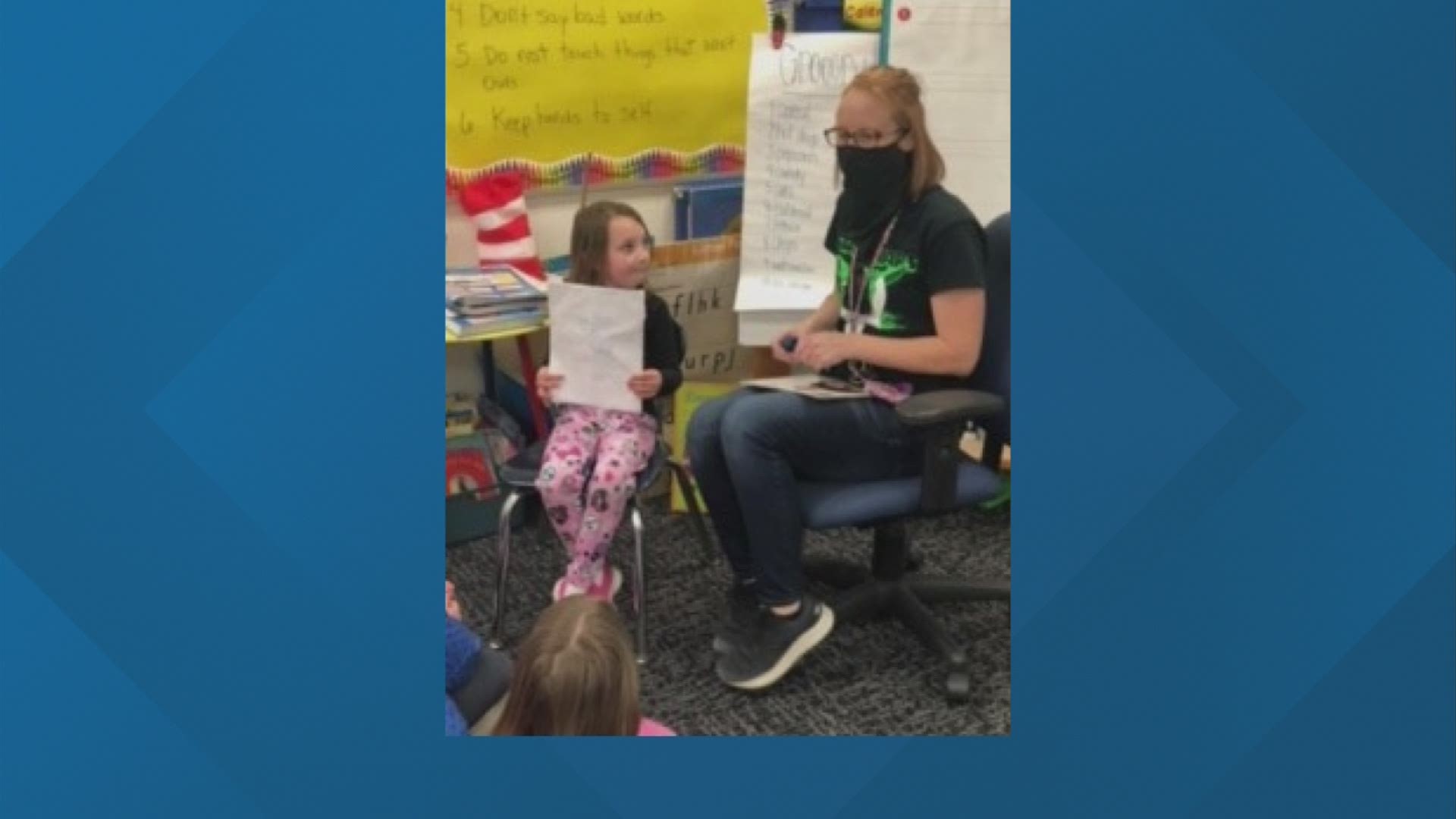 Erin Gibson calls Brooke Phipps one of the most patient human beings she’s ever met.

Phipps is not only Gibson’s cousin, she also is her daughter’s kindergarten teacher.

That’s just one reason Gibson nominated Phipps to be a Classroom Hero. 10TV surprised Phipps with the news as she was seated among her kindergartners.

“I had no idea,” Phipps said via Zoom, a now-familiar technology.

“Oh my goodness,” she said of teaching her kindergartners via virtual learning programs. “You know, at the beginning, it was hard. But they were so great, they really, and I’m telling you what, they can navigate Google Classroom, they can do things that I thought no way a 5- and 6-year-old can do. I mean, I was like, your first-grade teachers are going to be amazed because you guys are awesome.”

She’s had quite a year of teaching, only her third in the profession. But it seems she was destined to be an educator.

“Being in school, I had a lot of anxiety and was nervous all the time and was really close to my teachers, and I wanted to be that for (my students),” she said. “I feel like I’m very empathetic and personal with the kids, and I try to understand them at their level, and honestly sometimes I can almost feel what they’re feeling. It’s just crazy. And I want them to enjoy school, and I want them to want to come.”

Gibson said Phipps has convinced her daughter to want to go to school, and that has made a huge difference for Lily. That’s just one reason she wanted to see Phipps in the spotlight.

“I want her to know that she’s appreciated more than just a simple, I appreciate you, or thank you for doing what you do, because I don’t even think this kind of recognition is enough for her sometimes just because she’s so selfless and patient with my kid,” Gibson said.