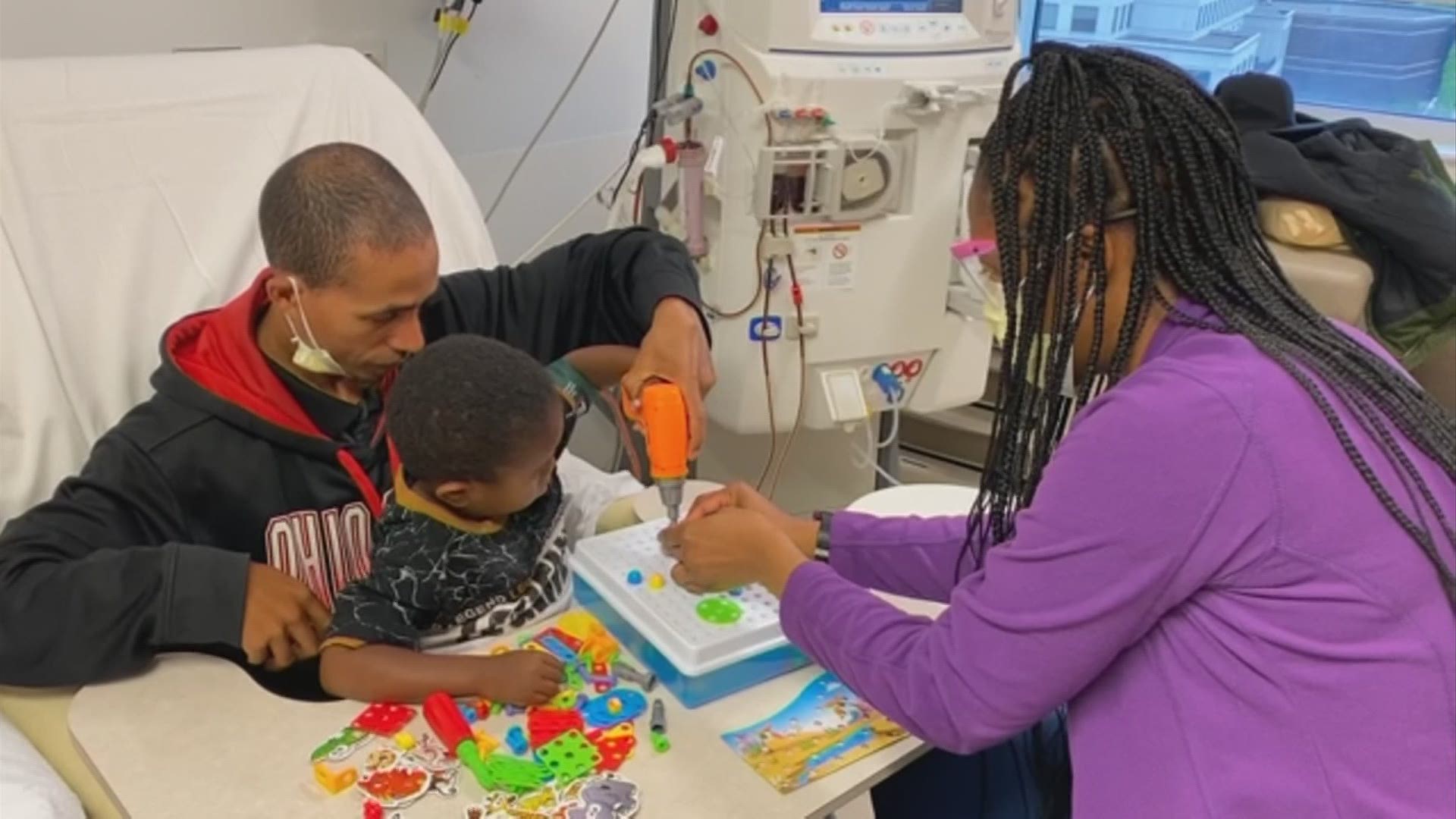 COLUMBUS, Ohio — For Elise Dawkins, her students are also patients.

Dawkins is an early childhood specialist at Nationwide Children’s Hospital.

“I love working with kids,” she said. “They’re quite the bucket-filler for me. I know that I’m supposed to be going in there to provide them instruction, but their personalities, their humor, their facial expressions, their responses, the words they create and makeup, are things that keep me smiling literally every single day. So it’s something that’s good for me as well as, I hope it’s good for them.”

Dawkins works with infants, toddlers and preschoolers throughout the hospital and dialysis clinic. She provides developmental play and support, like what the children would get in the classroom but in a medical setting.

“Sometimes the bed or a floor or a mat becomes our classroom space, but it’s really just about adapting and finding new and creative ways to keep them engaged,” she said.

Dawkins said she appreciates the honesty of children, adding that she loves every minute of her job. She started as a teacher’s aide in the classroom before earning her master’s degree and taking the job at Nationwide Children’s.

“Elise is pretty much wonderful in every single way,” said Anne Dawson, who works with Dawkins. “She’s made to be a preschool teacher, an early intervention specialist. She’s patient. She’s an advocate, an education advocate.”

Dawson nominated Dawkins as a Classroom Hero and said she wanted her friend to get the recognition she deserves but might miss out on by not being inside a typical classroom.

“One of the reasons she’s so great is she makes these kids feel like kids and makes sure that they know that she’s here to support them being kids, and not being sick kids, but just being kids,” Dawson said. “Elise always just goes above and beyond. She’s pulled in so many directions. I think she could probably work 80 hours a week if she were allowed because she’s just so valuable.”