Classroom Hero: Mark Twain’s David Walker stands out from the crowd as a male kindergarten teacher 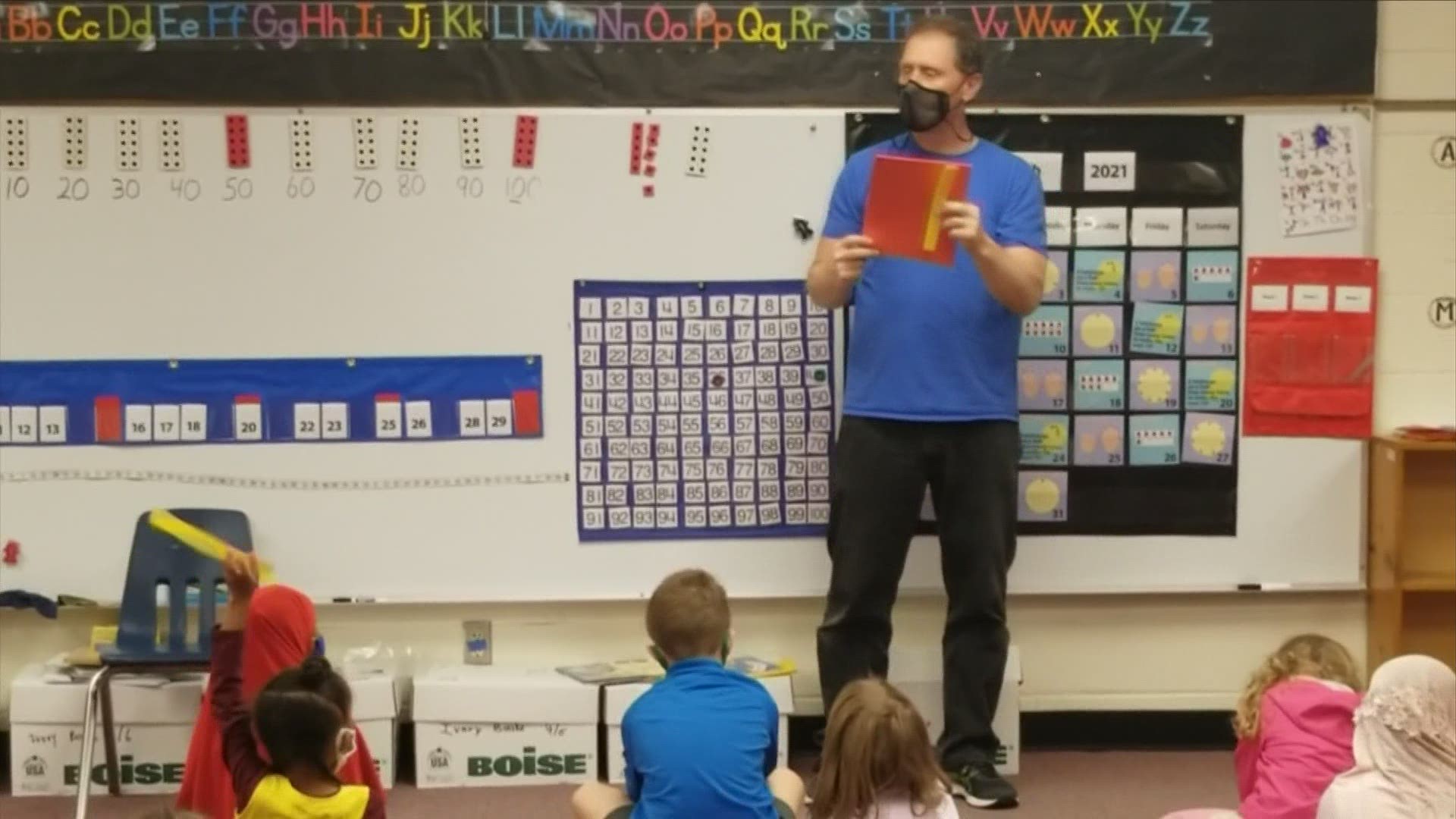 It was no surprise to David Walker that when he started teaching kindergarten roughly 30 years ago, he was one of the only men in that role. But, all these years later, he says he’s shocked it’s still the same way.

“It’s such a fantastic job, I can’t understand why everyone wouldn’t want to do it, male or female,” he said. “Kindergarten kids, one of the best things about them is they live in the day, in the moment. And it didn’t matter what grade level it is, the parents need to know that you care about the kid before you can talk to them about any issues that come up.”

Walker spends his time getting to know both his students and their parents. He did home visits prior to the school year starting, despite the pandemic. But, of course, it wasn’t quite the same this year especially without parent volunteers being allowed in the classroom.

“I feel like I’ve had less of a relationship with the parents this year, but I do think the parents have been appreciative,” he said. “They know that I’m trying, and I know how hard they’re working, and I think having both sides realize how hard each is working has made for a good relationship.”

Mark Yoho certainly feels that way. His daughter Jackson is in Walker’s class. But she was not so happy about having a male teacher upon first hearing the news.

“So the first time Jackson, we found out who her teacher was, we told her, Mr. Walker, and she said, don’t ever say that again,” Yoho joked. “Part of what we love about Mr. Walker is that he did visits to the home before the start of the school year to help the students feel comfortable in their own environment prior to going to a big school with a lot of kids, and after that, she was sold,” Yoho said. “He was so cool and asked great questions, and so she was fine after the first meeting, but she wasn’t so thrilled at first.”

Now Jackson adores her teacher, and Yoho says he appreciates all that Walker does for his students. And that goes far beyond the job description.

“With something as precious as your 5-year-old kid in her first year of school, and somebody helps out your family so much and makes you feel that comfortable, you just want to recognize them,” Yoho said. “I’ve been a teacher, and, you know, people don’t get into this industry for money and recognition and things like that, so if you have a chance to provide something like that, you jump on it. I can watch a master craftsman do all kinds of things, and that’s what Mr. Walker is, for sure.”

And, despite his many years in the classroom, Walker has no plans to step away just yet.

“I love the job,” he said. “There’s nothing else I would do instead.”