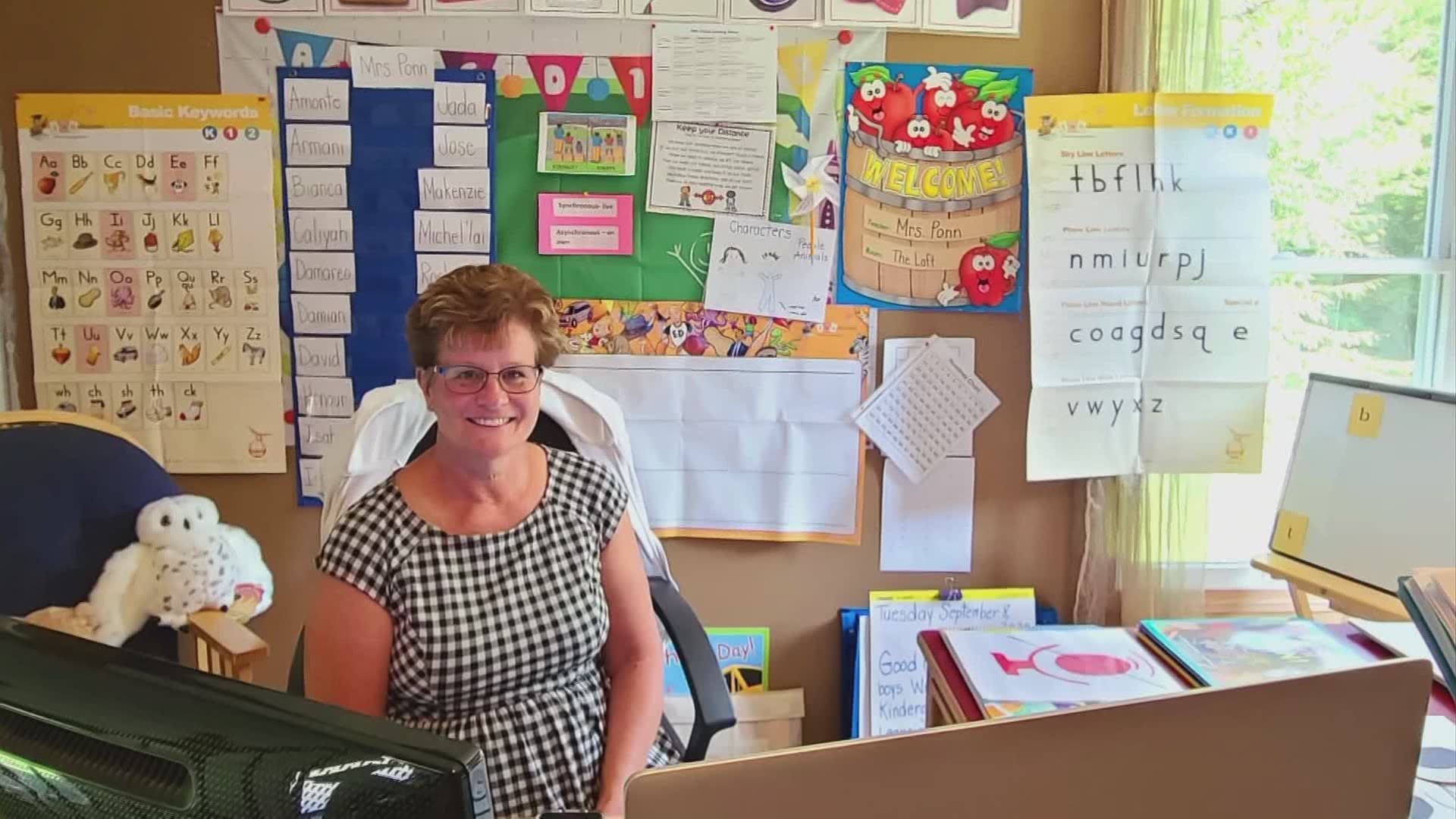 Kathy Ponn has spent decades in the classroom, which may be surprising given her early thoughts on education.

“Never in a million years would I have thought, ‘oh, I’m going to be a teacher someday,’ because I did not like school myself,” she said. “At all.”

But that changed when she had her own children and watched her younger daughter struggle a bit.

So, she became an instructional assistant in kindergarten for Columbus City Schools. She spent decades doing that before she decided to go a step further.

“I was a late bloomer for college, so I went back in my late 40s to get my bachelor’s degree and then graduated in 2012 with my prek-3, and of course, Columbus took me right away,” she said.

Now, Ponn has been with the district for 36 years, long enough to teach the children of former kindergarten students.

“Just watching children blossom, and I just have that compassion, and they’re like my own kids,” she said. ‘My kids are grown and gone, and I have two granddaughters, they’re grown. So these are my kids, and they will tell you that I’m like their surrogate mother.”

That dedication to her students is just one reason Kathy Fernandez nominated her friend as a Classroom Hero.

“I want to be in her class, you know, Fernandez said. “She just has that warmth and that connection to these kids.”

Fernandez talked about her admiration for the way Ponn kept students engaged while remote learning during the pandemic. Ponn transformed her loft at home into a classroom, and she would show her students the view of deer stopping by for a morning bite to eat.

“She deserves a lot of recognition,” Fernandez said. “She is somebody who does not sit back. She changes her lesson plans annually, she improves annually. She strives to do better, and it shows it what she does. She absolutely is a classroom hero and needs recognized for it.”

Ponn has put in plenty of years, but she’s not ready to hang it up quite yet.

“It was nothing I ever planned to do,” she said. “I fell into that with my kiddos, and I’ll do it as long as I possibly can. I’m not a spring chicken, by any means, and I have my years, and I could retire, but I’m not ready, I’m not ready. I’ve got lots of children still to meet and greet and love on and get ready for first grade.”