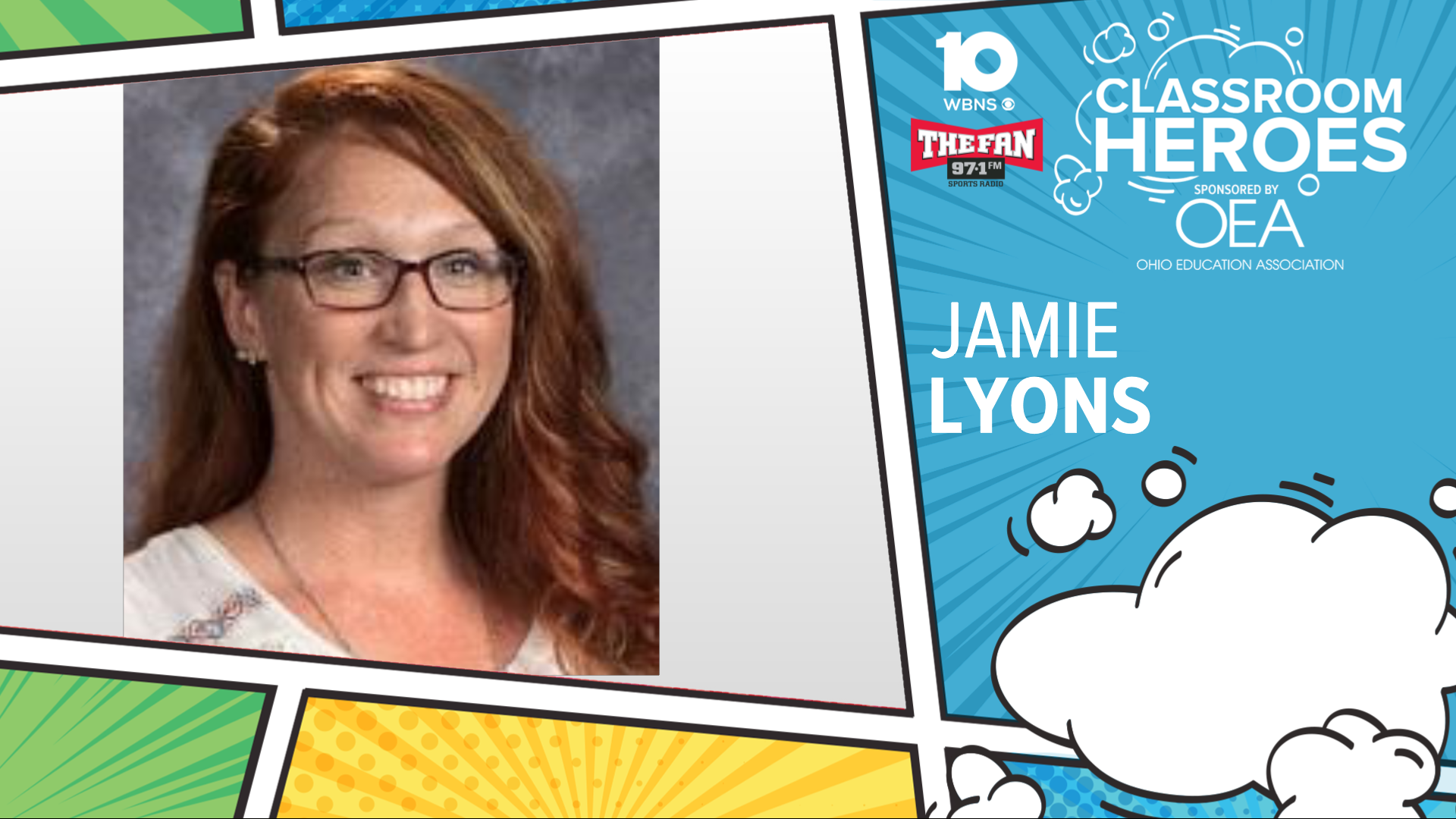 COLUMBUS, Ohio — Jamie Lyons didn’t always work in education. But now that she does, she has no plans to leave.

“For me, it’s just touching youth in a way that hopefully will leave a positive impact as they grow and become adults and maybe stay in our own little community,” she said. “I came from sort of a social work background, and so I think it’s just something that I live, eat and breathe.”

And that’s why Lyons is now going back to school to become a social worker for children. But, for now, she’s still relishing her position as school secretary for Bucyrus Elementary School. She’s now in her 8th year there.

“I love being the face of the school, getting to meet the parents and being a part of the kids, but I wanted to do more than that,” she said. “And there were a lot of things that I didn’t know happened in schools until I worked in them, such as the after-school program, or mentoring. So, once I learned about those things, it became important to me to be a part of it on different levels. So, not only am I helping the staff and the adults in the building on the front end, then I get that hands-on opportunity with the kids in the evenings or on the weekend.”

That effort to always put in the extra work certainly caught the attention of her friend, Becky Lutz. In fact, Lutz decided to send her own children to Bucyrus City Schools on the recommendation from Lyons.

“I know I have called her as a parent instead of a friend at the school on many occasions, and she just, she knows what to do and when to do it” Lutz said. “I don’t know how to explain it, but she’s just, she’s in the right position. She’s meant to be at BES. For everyone.”

That’s why Lutz wanted to nominate her friend as a Classroom Hero. She called secretaries the “best-kept” secret of the schools.

“I just think every secretary out there deserves an extra shoutout,” Lyons said. “There’s so much that they deal with on the front lines with the extra emotional environment right now, so shoutout to all those school secretaries who are working so hard and to everyone in the educational system. It’s been tough and trying, and kudos to everyone who stuck in and helped those kids out.”