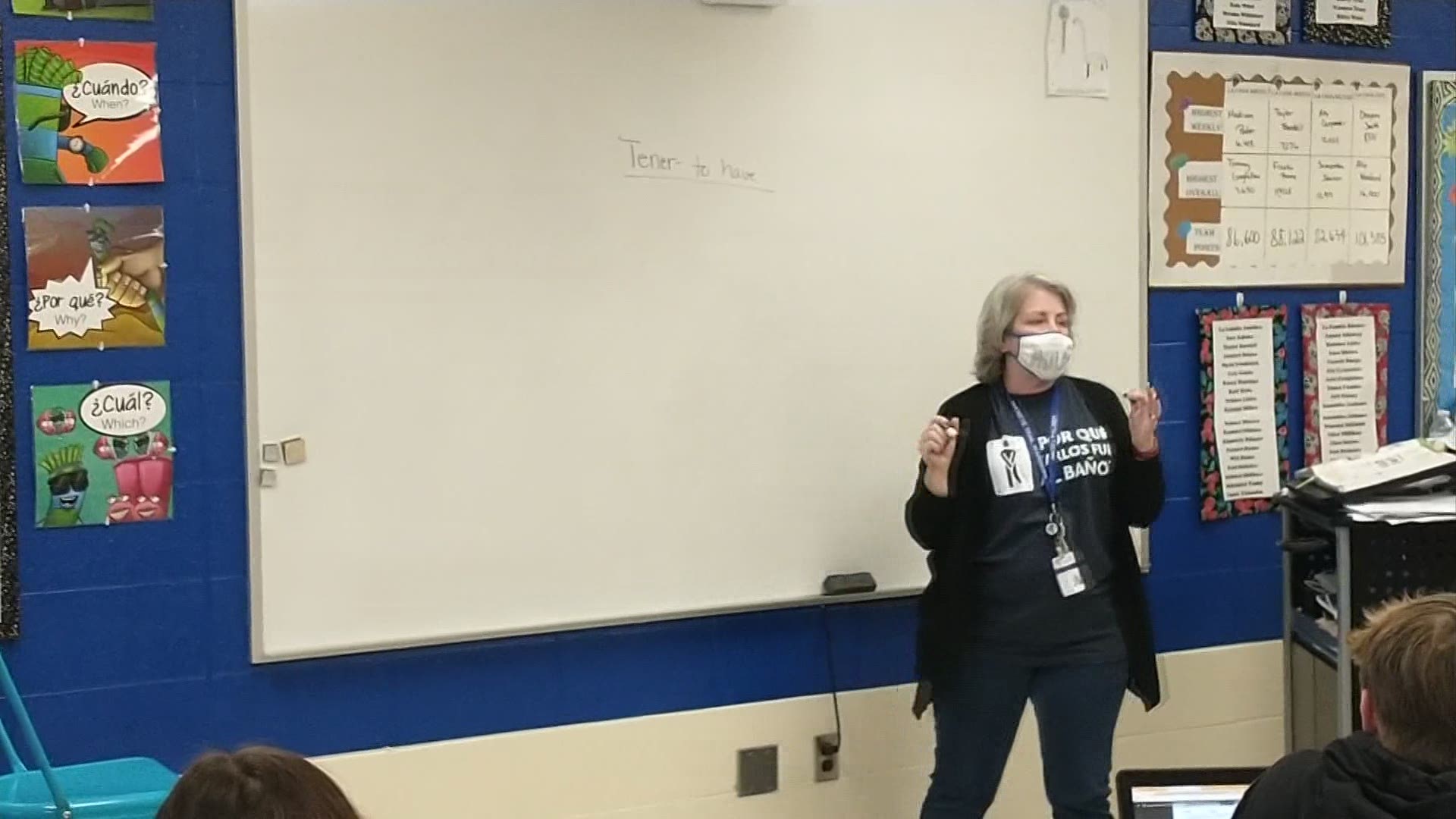 They also said she’s been doing a remarkable job at that.

The Buckeye Trail High School educator not only teaches Spanish but also is the drama coach, yearbook advisor, head of the foreign language club and site coordinator for the High Schools That Work program.

She’s doing that through her work in the East Guernsey Local School District as an educator, which is a second career for her. She started out as a radiographer.

“I went on a mission trip to Honduras and started working with the kids there and went, this is what I’m supposed to be doing,” she said. “And the Lord just opened up doors and provided opportunities, and I have never, ever doubted this path.”

Now, it’s clear to all who know her that education has been her true calling.

“She’s kind, caring, passionate about her students,” said Jerrod Norman, who teaches business computer classes. “She wants them to excel, regardless of what they do.”

Norman is a first-year teacher at the school, and Palmer is his mentor. He is the one who submitted the Classroom Hero nomination. He did so at the prompting of the students.

“She has been one of the most supportive teachers that I’ve had,” said Freshman Felicity Mathers.

The other students who pushed for the nomination agreed, citing several personal stories, including a memorable trip to Puerto Rico organized by Palmer.

The students predicted that Palmer would cry when she learned of her nomination. They were correct.

Part of the emotion may have stemmed from the toll this past year has taken on her. She has not only had to learn how to adapt to teaching through the pandemic, but she also lost several people close to her.

“I don’t think I could have survived if I hadn’t had these kids to come to school to. If I hadn’t had them to give me a reason to get up and give me purpose and their compassion and their kindness and their grace on some of my really rough days. It’s just beautiful and it really speaks to who they are as people,” she said.

While she admits the job can sometimes be a challenge, she said she cannot fathom doing anything else.

“And if any young person that’s out there going, I think I want to do this, do it,” she said. “Do it. Because you will have a greater impact than anything else you could be doing in your life.”