Blackwell Inn being used as dorms for Ohio State students 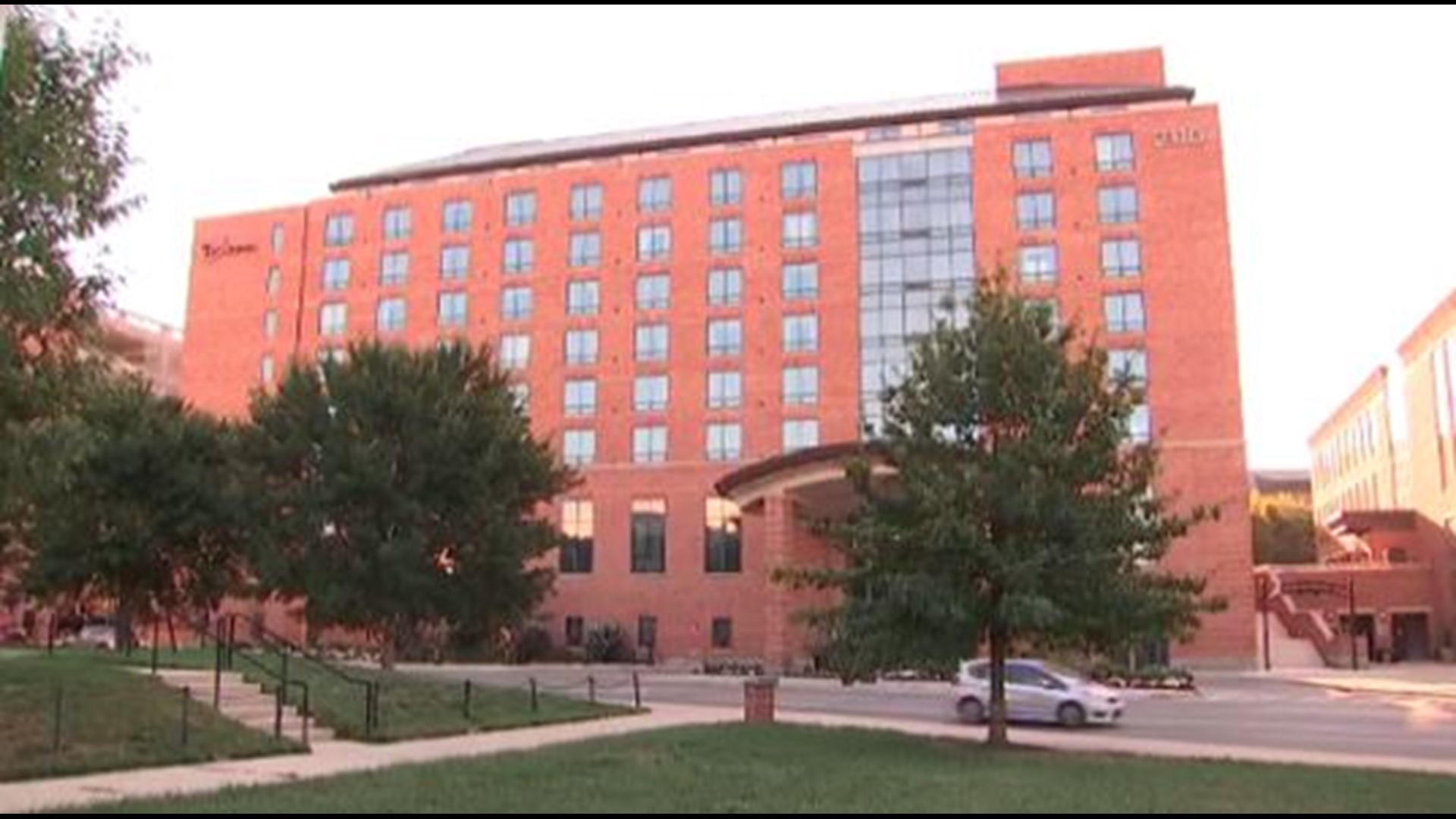 COLUMBUS, Ohio — The Blackwell Inn is known as a swanky hotel on the Ohio State University campus.

Celebrities like Jerry Lewis, Stevie Nicks, Christopher Reeve and Van Halen have stayed there. But this fall, it is housing students.

"It feels good. Actually my room has a little plaque underneath the door numbers, like this room was donated by whatever, whatever foundation in 2013.  I know the OSU football team stays here typically before home games. I'd like to think that Justin Fields stayed in my room last year," says senior and resident manager Jacob Semus.

The hotel is being transformed into student housing as part of the University's social distancing plan.

More than 200 students will call The Blackwell home.

The University says due to uncertainties with the COVID-19 pandemic, students were notified later than usual about being assigned to The Blackwell. And while one family from Chicago tells 10TV the short notice was an inconvenience, Semus says he is excited about the accommodations. "I have my own bathroom, king-sized bed, portable desk, a nice recliner. I really like it."

Now, students at the Blackwell do not get all of the perks of hotel living. Semus says they cannot use the hotel restaurant. Also, there is no housekeeping in the rooms and students have to use a nearby dorm to do laundry. However, Semus says, "If this was a dorm, it would be the nicest, by far."