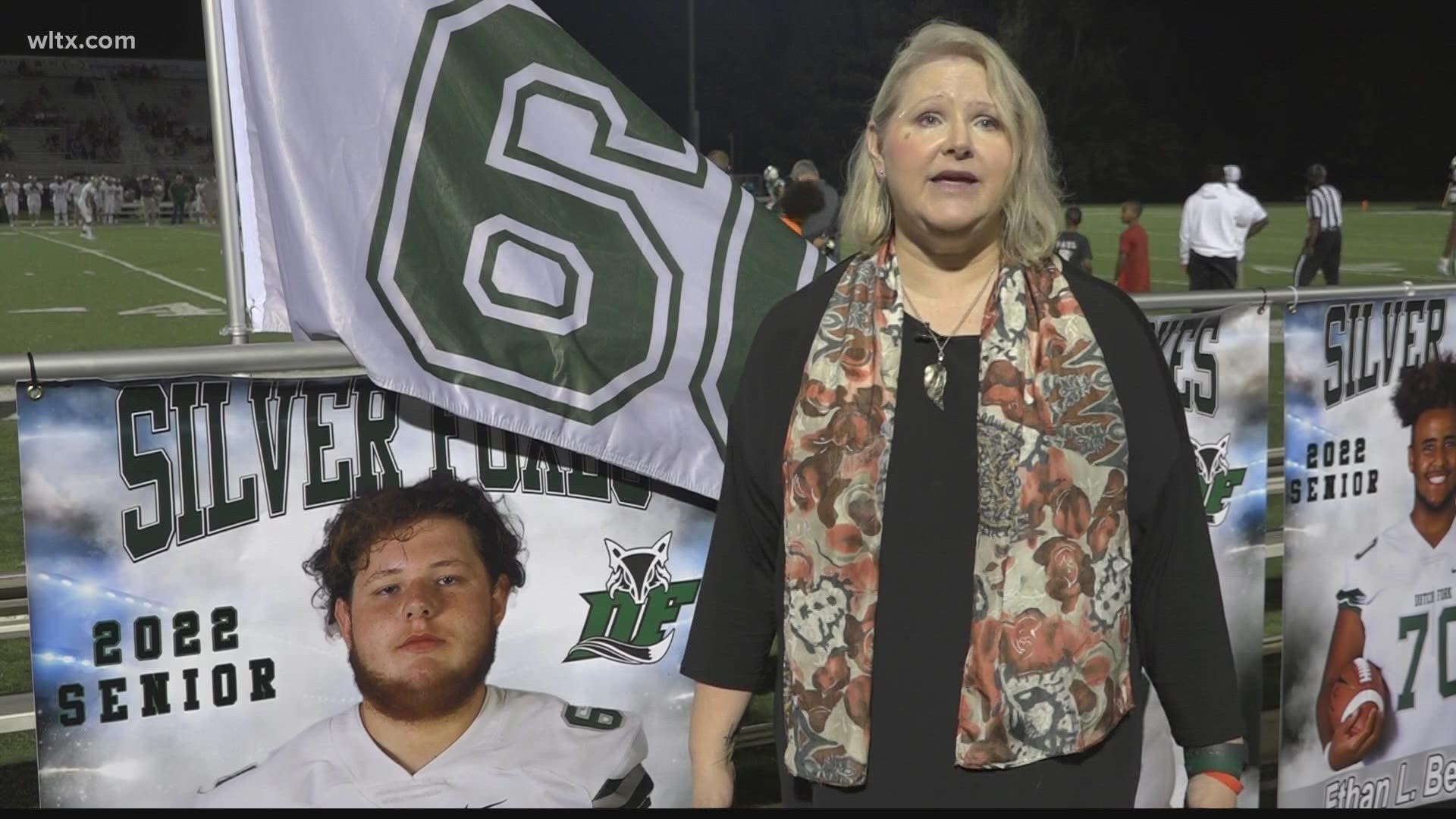 “To see everyone here at Dutch Fork showing so much love to the family ... it just means the world to me," said Jack's mother Kelly Alkhatib. "It heals me. It helps my heart to heal."

Jack died suddenly after collapsing at football practice in August. His mother Kelly and brother Ben accepted the crown on his behalf.

“I want to be here because when they see me, they have told me they see Jack," she said.

His presence is still felt throughout the student body.

“He was first off, overwhelmingly received the votes from the student body so we were real excited to see those huge numbers," said homecoming coordinator Phyllis Richmond.

They say he left his mark on the field, and in their hearts.

Jack passed away in August, his mother @AlkhatibKelly and his older brother accepted the crown.

“For him to get the homecoming crown and get all of that is just...huge and...I know him, I know he wouldn’t be too excited he would just sit there and just probably smile. Be a normal Jack and just be very humble about it but for him to get that is just really big and...miss him, miss him a lot," said Jack's friend Hayden Friend.

Those close to him said they will miss his humble spirit and sense of humor.

“I know if Jack was here, he’d want us all to keep pushing and I know if he was playing right now he would be giving it his all and that Jack was probably one of the hardest workers I knew and I look up to him for that," said Friend.

Alkhatib's spirit on the field and at Dutch Fork lives on.