Dozens Of Dogs Pulled From Amish Farm In Pickaway County

Dozens of dogs are being pulled from what investigators called deplorable conditions at a Pickaway County farm. See pictures. 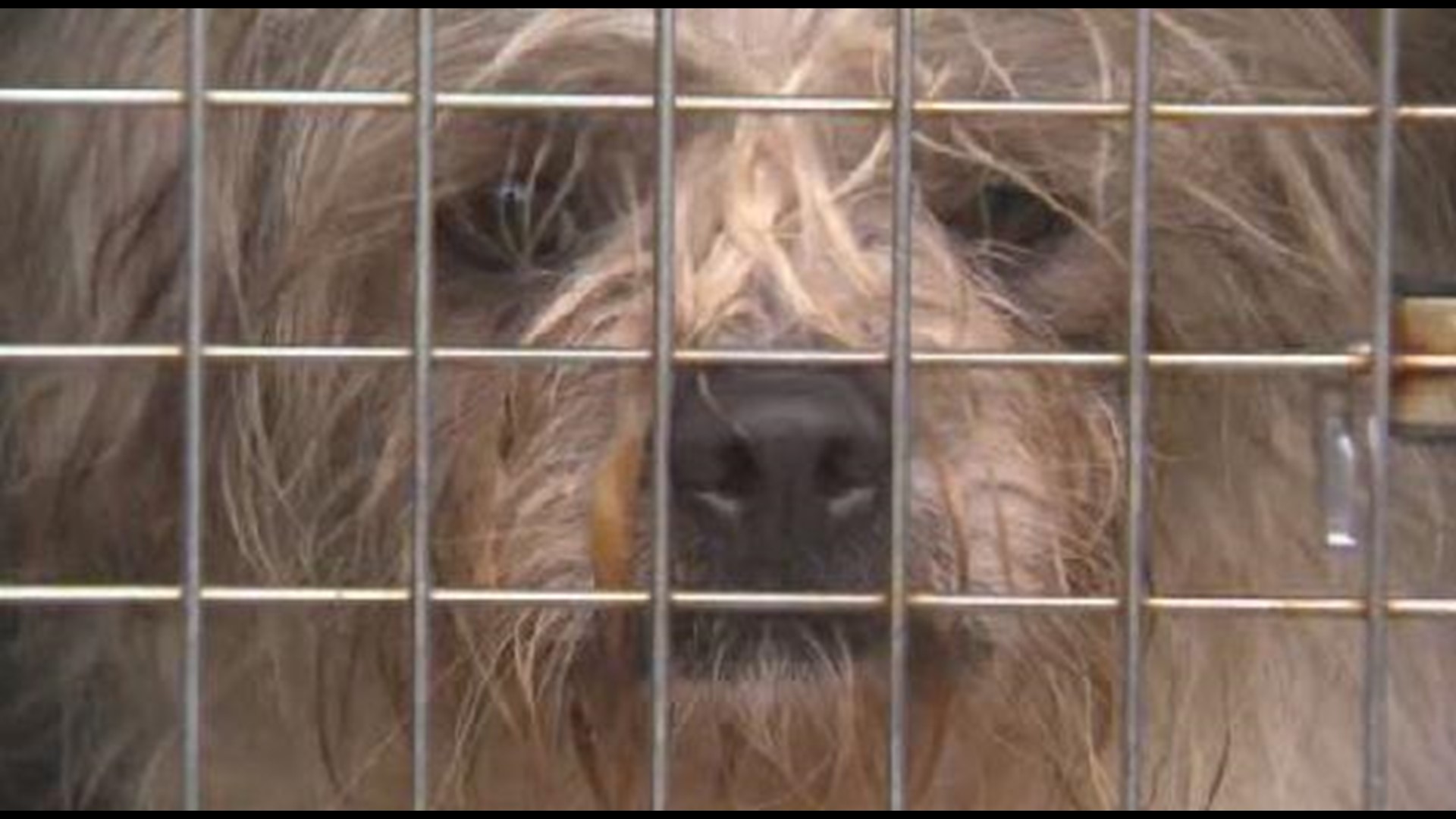 Dozens of dogs were pulled from what investigators called deplorable conditions on Monday.

Ohio SPCA members from across the state gathered at an Amish farm in Pickaway County, where deputies said as many as 50 dogs were being neglected.

Once inside, the director of the Ohio SPCA said that she found dogs and puppies inside living in chicken-coup like hutches with piles of fecal matter that measured more than 1 foot high.

Some of the dogs' paws had sores from standing on wire.

Landon said that further care was needed to determine if the dogs had skin or eye impairments.

The owner, who denied that he was running a puppy mill, was not charged. The owner said that he breeds dogs for family members and for money.

The owner, whose identity was not released, acknowledged the piles of fecal matter underneath the cages and said that he did not have the time to clean them.

The Ohio SPCA said it received a tip in august about a suspected puppy mill operating here.

The organization also said it will take thousands of dollars to care for the animals. If you want to give a donation to the SPCA, you can visit OhioSPCA.org or call 740-420-2984.

The dogs are being cared for at area rescue shelters and will eventually be put up for adoption.