Dozens of people are without a place to call home tonight after a fire broke out in an East Columbus apartment complex, trapping several people inside. Get the story. 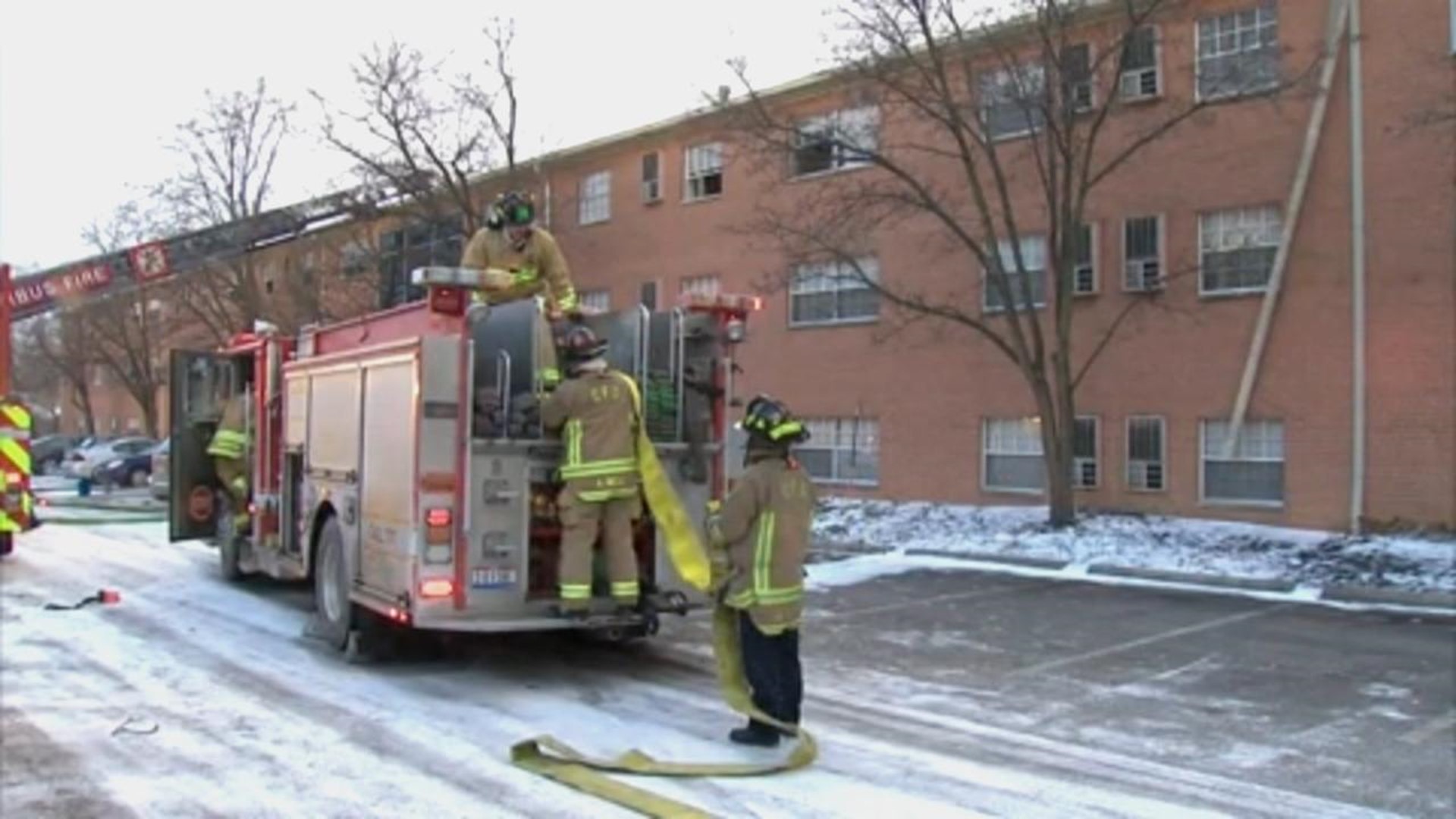 The Red Cross is now setting up a shelter for dozens of people displaced by an East Columbus apartment fire considered suspicious.

It happened at Berwick Plaza Apartments in the 3000 block of East Livingston Avenue just before 5:00 p.m. Saturday. Firefighters said it started in the third floor common area.

They said the flames spread quickly on the third floor of the building because many of the people leaving their apartments left their doors open. By doing so, the fire spread further than it should have.

Anissa Mathews said when she head the popping sound of burning wood, she knew there was no way out.

"You couldn't see and our hallways are lit, so it was just black. Just smoke everywhere," said Mathews.

Those trapped by the smoke and the flames said they shouted out their windows to the firefighters below them.

Miller said smoke poured into his apartment even with a wet towel under the door.

"And they finally showed up with a ladder and they got us out as quick as they could," said Miller.

Firefighters rescued eight people from their apartments. They were able to wait in the warmth of a COTA bus while waiting to learn whether or not they would be allowed to return to their homes.

More than two dozen units on the third floor were damaged by the smoke and fire.

Mathews said everything she owns was inside her apartment.

"I just pray to God everything is ok. I mean we're ok. As far as I know, everybody is alright," she said.

Medics said they treated seven people at the scene and transported one person to a local hospital for smoke inhalation.